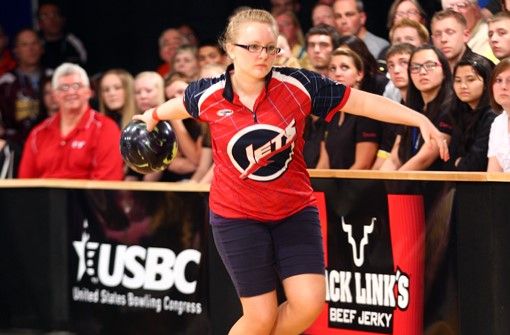 The Women’s Bowling Championship will host its 100th annual tournament in Wichita this year at Northrock Lanes, and its participants will include a few Newman students and alumni.

Alumni and Associate Director of Admissions for Recruitment, Georgia Drewes, who was a national champion bowler for Newman while in college, is going to be bowling in this tournament along with Newman bowlers Aspen Herzberg, Kristen Machacek and Carley Sullivan.

Drewes is the president of The Great Plains United States Bowling Congress (USBC) and said it took a lot to convince the USBC to accept Wichita’s bid for the 100th anniversary.

Machacek  finished  her  Newman bowling experience this semester but said she is already ready to hop back on the lanes.

“I’m excited to bowl in another tournament with a team since my college career is over. I’m excited to just compete again,” Machacek said.

Drewes,  who  had  a  child  five months ago, said she has not been on the lanes since last July.

“I’m pretty sure I told my teammates that I haven’t bowled since then, so I hope they’re not expecting amazing things out of me,” Drewes said. “Since I wasn’t bowling, my balls cracked, so I’ve had to get new equipment and everything just so I could bowl this tournament.”

Drewes said that she was excited to finally  have  the  bowling  championship close enough for her to participate.

“I’m really excited that it’s in Wichita out at Northrock Lanes so I don’t have to pay for hotels and flights and rental cars. I typically bowl really well at Northrock, so we’ll see,” Drewes said.

Drewes and her team will only be bowling two days during the entire length of the tournament. She said that since this is such a massive tournament, there will be enough time for teams to participate only once during the period.

“They’ll keep running standings throughout the April 20 to June 29 timeline in various divisions. We are bowling the team event on Friday, April 26. We’re bowling doubles and singles, so a total of six games on Saturday morning, April 27,” Drewes said. “We’ve also been entered into ‘All Events.’ For ‘All Events’, you can pay a little bit extra for the tournament, and you can do handicap or scratch all events. Basically, they add your entire nine game set together, and they have standings for that too.”

Admission is free for those looking to keep up with Drewes and her team on the lanes April 26 and 27. The tournament begins this weekend and will run until the end of June.

PHOTO: GEORGIA DREWES will be striking the lanes next weekend with a few Newman bowlers. Courtesy photo, Newman Athletics

Finding you after losing them: my post-breakup story