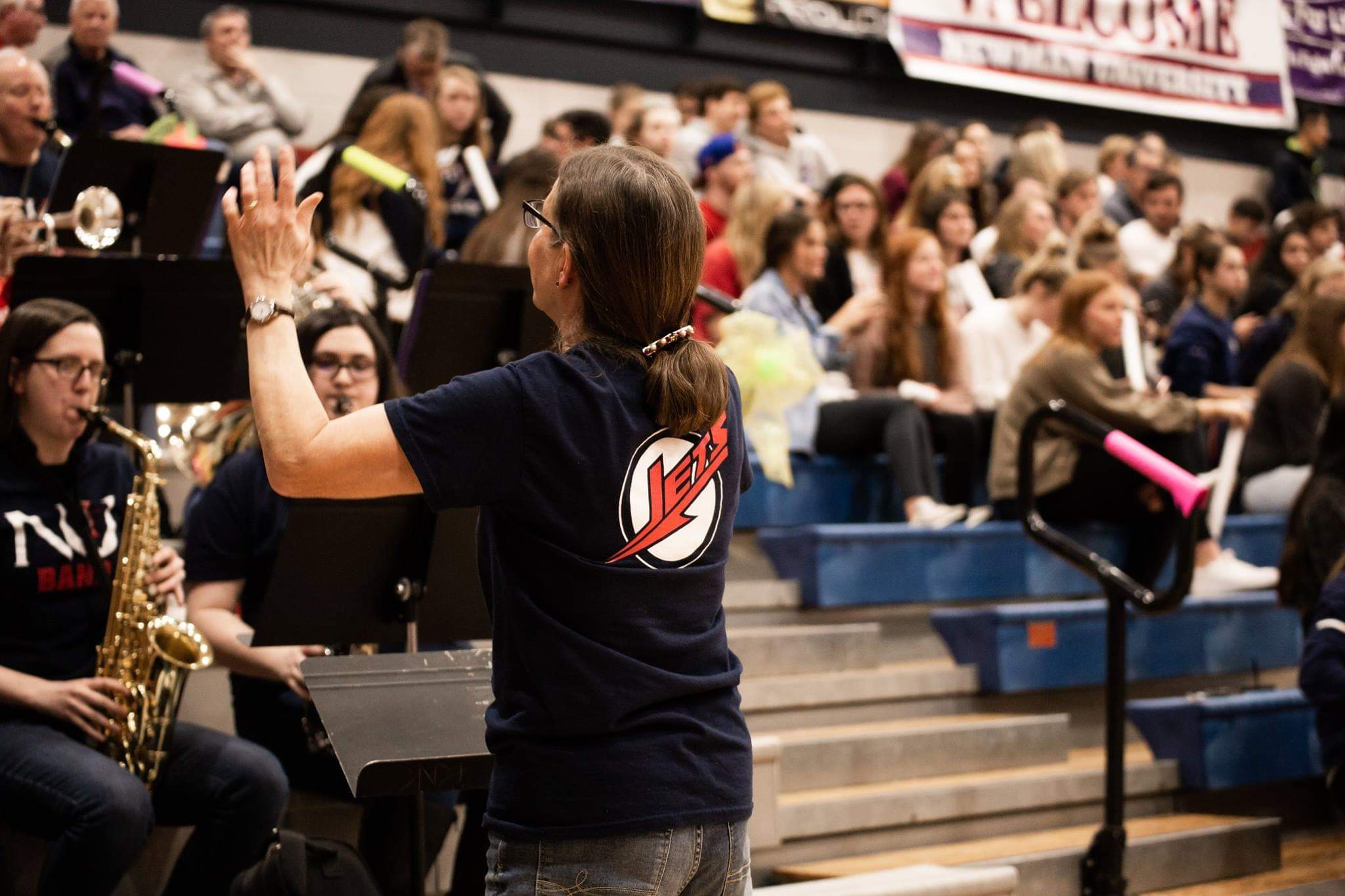 School scales back on classes, faculty to save money

After two tough budget years that saw decreasing enrollment, Provost Kim Long said, academic affairs has had to scale back, resulting in the elimination of several faculty positions and classes.

Photography and Instrumental Ensemble are among the classes that were discontinued, while other departments are working with fewer faculty after vacant positions were left unfilled.

“When there’s not enough income coming in, and you have opportunities to reduce expenses, you have to take that in order to serve the greater health of the institution,” Long said.

Long said that current faculty have managed to pick up the existing science classes and that there shouldn’t be any holes as a result of that turnover.

“I can say we haven’t actually eliminated any faculty positions due to changes in programming. When we’ve had natural attrition, we haven’t always filled them, but we make that decision case-by-case as well,” Long said.

Though the scale back seems particularly noticeable over the past year, Long said the university has been actively looking to reduce and revise its programs since 2015.

“We have eliminated some of our majors, we have revised our curriculum, and we’ve introduced new programs to replace majors nobody was interested in. There’s been a lot of work done since 2015 and that work is ongoing,” she said.

Several adjunct positions have also been cut, including a photography professor and instrumental instructors in the music program, resulting in the cancellation of those classes for this year.

Marissa Kurcharek, a senior art major, said she was frustrated when she found out photography classes were being canceled, and was concerned because some art students needed those classes to graduate.

Long said that if a class required for a degree is canceled, the university would either offer it as an independent study or offer an appropriate substitution.

But Kurcharek said despite having other avenues offered for her to complete her degree, she found the university’s decision to be unfair for people who came to Newman to focus on photography.

“We’ve already come this far, and we are paying the same amount as everyone else, but we aren't getting the full amount of education because of the classes that are getting taken away, or the lack of classes, or just not having a professor for that class in general,” she said.

The university also made a decision over the summer to discontinue the instrumental performance piece of its music program, eliminating its instrumental ensemble class, the pep band, and applied private lessons for any instruments except piano and organ.

Cindy Thompson, the former instrumental ensemble director, said she knew of at least seven adjuncts who were affected by the cut. Mostly, she said, she feels bad for the students who will no longer have the opportunity to play in a band at Newman.

“This is an exciting part of their college life that they don’t get to experience now,” Thompson said.

Long said the university’s music program has a great history and support from the sisters but that instrumental music has struggled with staffing and enrollment.

Keelah Warden, a senior who had played percussion in the band for three years, said the decision to cut the band made her feel angry and disappointed.

“I just think it’s really messed up... I mean, we were small, but band still brings a lot to campus, to basketball games, and it allows people to continue their love for music,” Warden said.

Thompson, who also works with the band at Friends University, said any student still interested in instrumental music should contact her at a440cct@gmail.com.

“Contact me, and if they want to play in a group over at Friends we have people over there that would be very very happy to have them come over and join them over there since Newman doesn’t have a program any more,” she said.

Long said that the university carefully considers every reduction it makes and that ultimately the decisions administrators make have to be in the best interest of the school’s overall health.

“Given the fact that our enrollment has gone down, you don’t need as many people to serve a fewer number of students,” she said. “We just need to get our giving up so that we can continue to give generously in support of students and get our enrollment back up.”

SGA gets new board after president, secretary leave school

Newman has new 'officer in charge'