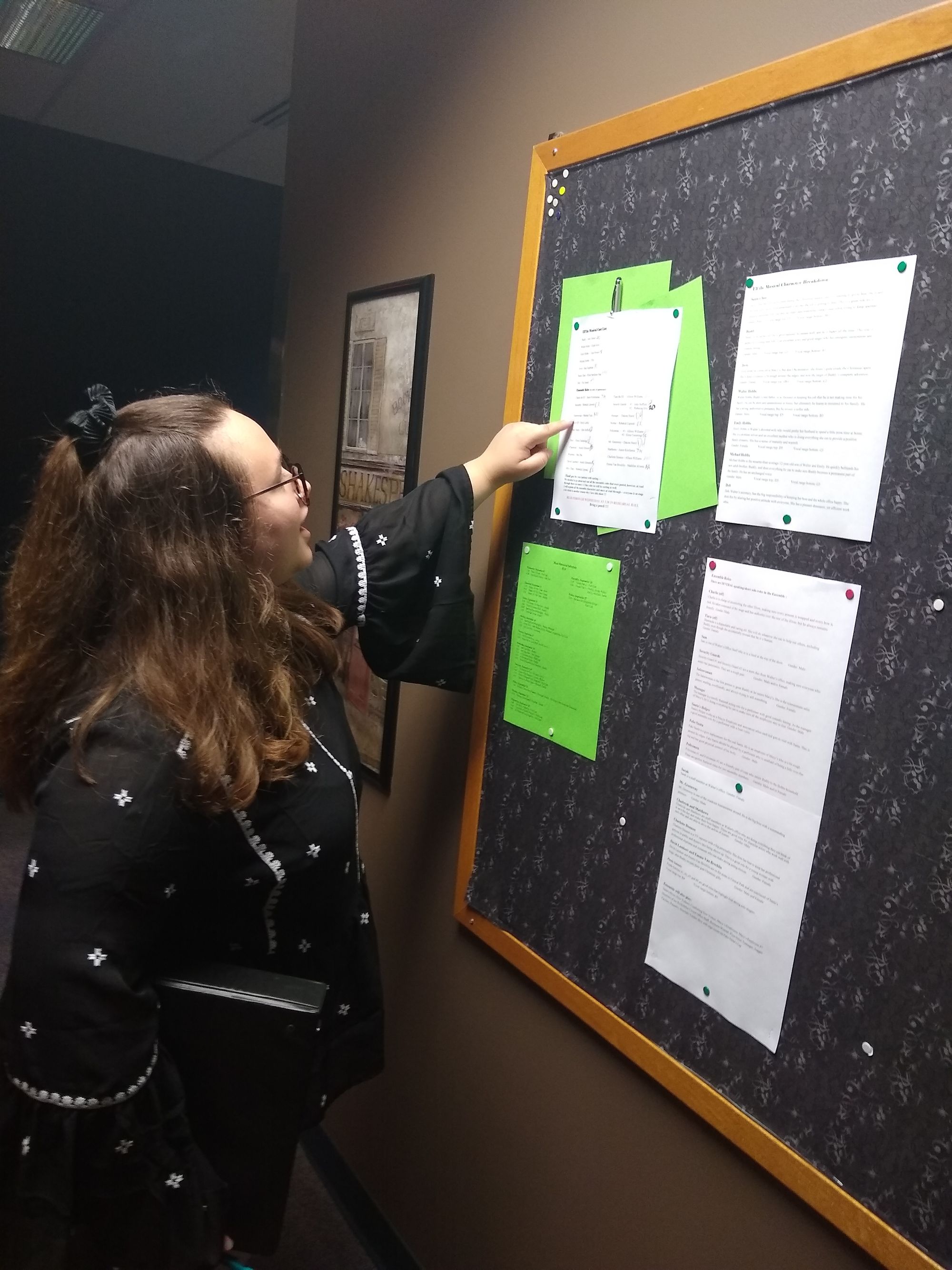 Eight years ago, Deanne Zogleman saw “Elf: The Musical” in New York and fell in love with the story all over again.

“My kids and I already watch “Elf” year-round,” Zogleman said. “It’s not just a Christmas movie for us.”

The Newman Music Department will be bringing “Elf: The Musical” to Jabara Theater this November. Zogleman, who will be directing and choreographing the show, is confident it will be fun for the whole family.

“The kids will like the antics of Buddy and Michael Hobbs while the adults will appreciate the humor scattered throughout.”

Audiences should know the musical adds in new songs and scenes that focus on characters besides Buddy the Elf.

“I remember sitting there after the show, wondering if I liked this version,” Zogleman said. “I decided that as an actress and director, I loved how other characters besides Buddy were rounded out, especially Mrs. Hobbs.”

“Elf: The Musical” follows the story of Buddy, an elf who towers over every other elf at the North Pole. Buddy finds out that he is adopted and not an elf at all, but a human. Santa tells him that his real father, Walter Hobbs, lives in New York. Even more shocking to Buddy, Hobbs is on the naughty list. Determined to find his father and set things right, Buddy sets off to New York ready to spread Christmas cheer to all who’ll hear. After all, as Buddy sings in his opening number, “Who can look at gingerbread and frown?”

This isn’t the first year the Newman Music Department has tried to put on this show.

“Back in 2016, the first year I directed a musical at Newman, I wanted to put on ‘Elf,’” Zogleman said. “We just couldn’t get the rights because the show went on tour.”

Instead, the Music put on “Footloose,” followed up last year with the theater-packing “Mama Mia.”

“Last year was the perfect time for ‘Mama Mia,’” Zogleman said. “’Mama Mia 2’ had just come out in theaters and everyone wanted more of ABBA.”

With such a successful second show, Zogleman was determined to follow up with something equally crowd-gathering but completely different. She and adjunct Paul Graves, who will be directing music for the show, didn’t want any other show.

“I’m not sure when our luck will run out for getting shows we want,” Zogleman said. “But Newman and El Dorado (Music Theatre International) are the only theaters in the area who’ll be able to put on the show.”

To top off an all-star show, Zogleman said she is excited for the talent she saw in auditions.

“We had 18 members try out… who’ll all get time in the spotlight.”

Buddy will be played by freshman Alex DeHoet and Michael Hobbs will be played a young thespian in the Wichita community, to be announced. Sara Zogleman has been cast as Jovie, Elijah Klein as Walter Hobbs, and Elijah Spellman-Sak as Santa Claus.