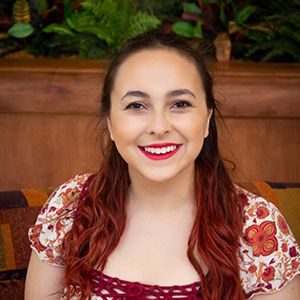 I was driving to Maine in May at 1 a.m. when I got the call I never expected. The student body president who had been elected at the end of the semester was unexpectedly leaving the school, along with the just-elected secretary, and I would need to take over.

Anyone running for vice president of SGA knows that they will “serve as the President of SGA should the Presidency be vacated during his or her term,” per the constitution, but it is not something they ever figure will actually happen.

When I put in my intent-to-run form for the vice presidency in the spring, I never thought I would be giving speeches to incoming freshmen and their parents or writing out reports to the Board of Trustees at midnight.

I never thought that this would happen to me, but I’m here, and I’m ready to work.

We all know that Newman isn’t an easy school. No matter what your major is,  from biochemistry to history to nursing to communication to art, there are no easy degrees. Newman prides itself on being academically rigorous and producing students who can make “a degree of difference.” With the level of difficulty being placed on students, they tend to push their mental health to the wayside.

This year, I want to focus on taking the stigma out of mental health and presenting more resources to students to help them not feel alone because ultimately, college is hard to push through without some type of support.

Sometimes, when people ask me what kind of SGA we have this year I respond with “casual.” It’s not that we ignore our responsibilities or that we don’t care about order, but rather we are continually working to connect with each and every student on campus. We are not the voice for a small group of people at Newman but rather we are the voice for all students, and it’s important that we act like it.

On a normal day, who hasn’t seen me running across campus from one meeting to another or to class or rehearsal? This year, when it comes to SGA, I am trying to emphasize that we are students, too. We are in these positions on the Executive Board and in the Senate to serve the students and be a voice for them to the administration, but we also are the students.

We should be getting involved with other clubs and organizations to truly understand what it means to be a Jet. No matter how much we didn’t expect to be in these positions, we should be visible to all.

Speaking of visible, come visit me or one of my other Executive Board members in the SGA Office in the Student Life Center during our office hours. I’m always open to talk about anything and everything. When I got that call on that rainy summer day, I didn’t know what would happen, but despite everything, I wouldn’t trade being Student Body President at a school I love for the world.

This hasn’t been an easy journey, but hey, I’m just getting started.