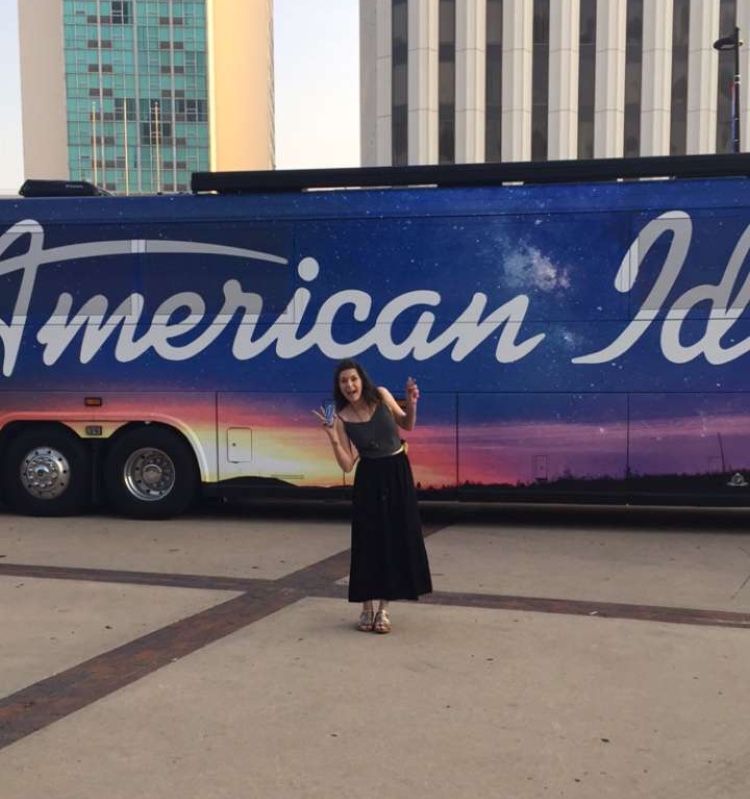 Many of us love to sing, but few of us would venture out of the comfort zone of our cars or showers to do it. When auditions for "American Idol" were held last week in Wichita, however, three Newman students decided to take their chances.

Auditions for the popular television show were held in Wichita on Sept. 4 at Century II. Among the hopeful hundreds were seniors Sadie (Korte) Fletcher, Brittny Korte, and Ralsten Tersol. Although none of the students made it through to the next round, Fletcher and Tersol both said that they enjoyed their experiences.

“When I signed up for this, it was only really for the experience. It was great. If I did this any other time, like maybe a year or two ago, I probably wouldn’t have done this because I’m just nervous when it comes to this,” Tersol said.

He said that he believed he was one of the first hundred people in line when he arrived early at 6:45 a.m.

Tersol sang “Everything” by Michael Buble for his audition.

“Basically, [the producer] did say that the standard for singing nowadays, with every year that ‘American Idol’ airs… is just raised up, and I believed it,” Tersol said.

Tersol said that he did not know how many people made it through to the next round of auditions but that he could make an educated guess.

“There was an area that was kind of like fenced off [with] curtains. For the people… that didn’t make it, we would go the other direction towards the exit. But in the almost two hours that I was standing in line, I probably only saw two people walk towards the curtains, so I’m guessing that’s for the people that got accepted,” Tersol said.

He said that he did not tell many people beforehand about his plan to audition for “American Idol,” but that the news spread around campus anyway.

“I didn’t even tell my mom, to be honest…. But how it spread around was, I would say, when I emailed all my professors to say that I wouldn’t be coming to class… I didn’t find out until later yesterday, that Houschka was like, ‘Oh, you know, Ralsten here was supposed to give a presentation, but instead, he’s auditioning at “American Idol.”’ Yeah, I guess that’s what probably happened,” Tersol said.

Tersol, who is a biology pre-med major, said that he does not have plans to make a career out of music, but that he will continue to cantor at his parish, Church of the Magdalene, and at Newman at St. John’s Chapel for Sunday Masses.

Fletcher said that she had dreamed about auditioning for “American Idol” since she first started watching the show when the second season aired.

“I always pretended in the car or in the shower or in bed listening to music that I’m performing in front of the judges and making it through and have this whole scenario going on, and my parents always said that, ‘You need to try out for “American Idol” someday.’ And when they came to Wichita, I was like, ‘It’s free. I might as well,’” Fletcher said.

Fletcher said that the auditions that took place in Wichita will not air on television.

She said that she waited in line for four hours to sing “Bleeding Love” by Leona Lewis, and that it was a 90 second song.