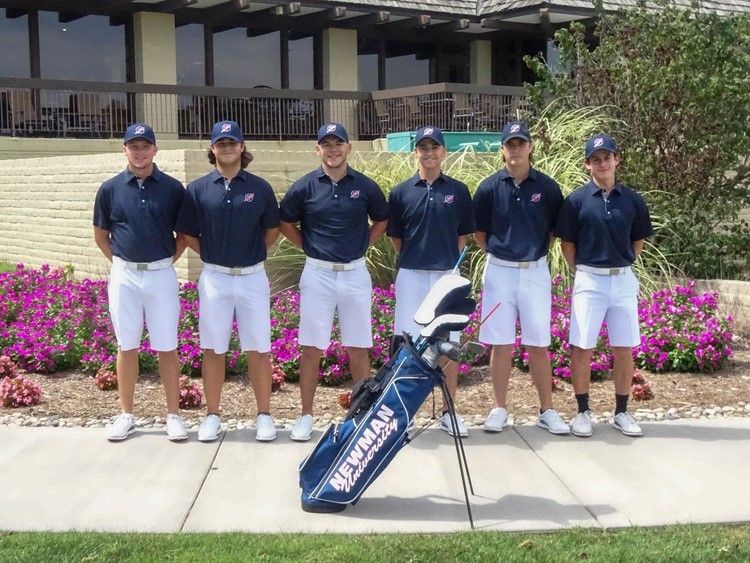 Before tee time, senior Kaelen Hackenburg said, he knew that Newman would be up against stiff competition from UCM and Washburn, and his worries weren’t unfounded. The University of Central Missouri placed first with a score of 837 while Newman placed 17th out of 18 with a score of 911. Senior Ethan Donahoo scored 225 over the three-round tournament, placing him in 69th and ahead of his team.

Not only has the conference changed, but so has the team’s roster. Men’s golf lost alumni Lee Maddox and Alex Gorman, leaving Hackenburg and Donahoo to lead the team.

“Ethan and I are all about making sure the underclassmen have their schoolwork done well before the day of the tournament,” Hackenburg said. “Without that, your entire game can be thrown off when you think about everything you have to do at home.”

Part of that leadership is about reducing the pressure newer players without much tournament experience put on themselves. Unlike most sports, Hackenburg said, you don’t have a teammate to pick up the slack. It’s about how you stack up as an individual against other golfers.

Even in the way the golfers play tournaments, a player is isolated. Golf has a “shotgun start,” where seeded players start on different holes. It’s normal for players to not see a teammate until a round is over. You can get trapped in your own head, Hackenburg said.

“It’s easy to get six to seven hours ahead of yourself without the team’s banter to help you relax,” he said.

Despite the short practice and tournament time he’s had with the new team, Hackenburg said he is confident that with more tournament experience, the team will shake out its nerves and play well.

Hackenburg’s game plan for the season is straightforward.

“Go and have fun with it, prep well, and don’t get lazy.”