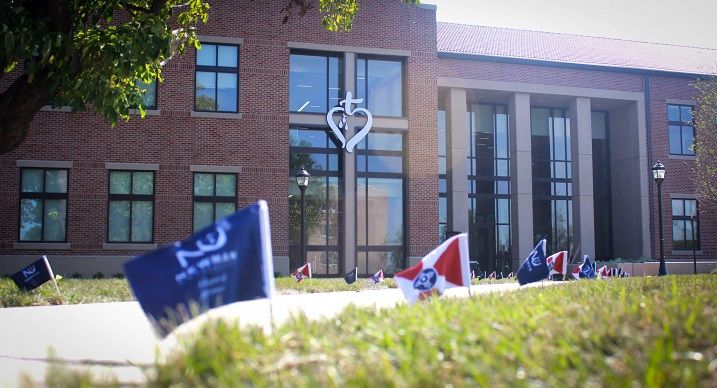 Max hours for flat tuition rate drops from 19 to 18

Students who take a lot of classes may need to plan for the change in flat rate tuition that will decrease from the maximum of 19 credit hours to 18 in the 2020-2021 school year, Director of University Advancement Clark Schafer said.

The news of the reduction of maximum credit hours was announced in an email sent on Sept. 25 by University President Noreen Carrocci.

Schafer said that the change is being made because most other universities have a flat rate tuition covering 18 credit hours, not 19.

“The reason that I have heard and I understand is that it’s kind of moving to industry standard,” Schafer said. “Most colleges and universities around the country - that’s how they handle their flat rate.”

Schafer said that he does not think the drop in credit hours will pose a problem for a large amount of students.

“There will be a certain smaller percentage that would certainly be impacted, and so we want to make sure that they are aware and that they can plan for that change,” Schafer said.

Vice President of Finance and Administration Jennifer Gantz said that students who have taken the maximum amount of 19 credit hours in the past should look at what the financial impact would be for them if they were to choose to enroll in 19 credit hours after the flat rate tuition drops to 18.

Gantz said that this is the first change in flat rate tuition that has been implemented at Newman in at least the past six years.

Although it is difficult to plan tuition costs a year in advance, the benefit is that it gives students a chance to plan for the classes they will need to take, Gantz said.

"Hopefully they have enough advance notice that they can plan their schedules accordingly," Gantz said.

Gantz said the change in flat rate tuition was a suggestion of the tuition setting committee. The committee included Gantz, Schafer, Provost Kimberly Long, Dean of Students Christine Schneikart-Luebbe, President of the Student Government Association Emily Larkin, the academic deans, and representatives from residence life and student accounts, among others.

"We try to have as many different people so we can have lots of different voices," Gantz said.

She said that the suggestion from the committee was voted on by the board of trustees on Sept. 20.

"Because we do have increases to our costs that we cannot control every year… trying to keep that tuition increase as low as we could… was the main priority of the group," Schafer said.

Gantz said she believes it is helpful to look at the standards that other universities have to see if they would be a good fit for Newman.

"I think the nice thing about Newman is we're pretty adaptable, too, so that if… it isn't a good fit for us, we can change," Gantz said.