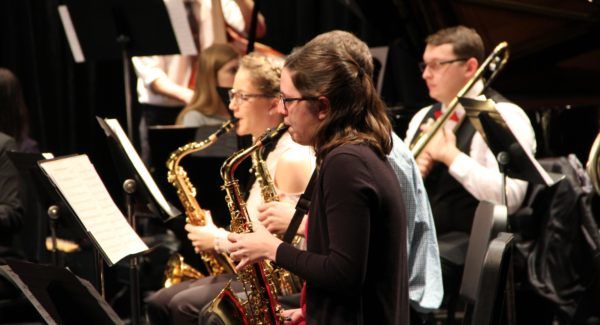 These are interesting times at Newman University. Concerning rumors have been circulating furiously, and in the midst of misinformation, it is important to evaluate what is actually transpiring inside the meetings that influence in the fate of the place that is home to thousands of students, faculty, staff members, and benefactors.

Each member of the Newman Community, as a stakeholder of this university, has a right in manifesting the future that will become the reality for future members of our community. I am dedicated to making the representative voice of the student body heard by those in the highest positions of leadership at Newman

Because the Board of Trustees has yet to release the official minutes from their meeting on September 20, there is no authoritative answer to the question of music’s fate at Newman. In response to the overwhelming appreciation and need for music at Newman expressed throughout the previous week, I have authored a resolution with Senator Martina Viale, which I will be presenting to the SGA Senate in our General Meeting on Thursday, October 10. This resolution is meant to cross the divide that exists between those that believe the music department is in jeopardy and those who believe it is safe.

It is my hope that with the support of the Senate, the Executive Cabinet, President Larkin, and the Dean of Students, we will be able to uncover the truth at the heart of this matter and begin an open and fact-based conversation about what is truly best for this university. We must be Newman’s caretakers. We must be Newman’s champions.

The SGA General Meeting on Thursday, October 10, will take place at noon in the Sr. Tarcissia Roths Alumni Center and is open to all members of the Newman Community. All general meetings are also live-streamed on the Newman University Facebook page. Now is the time to be informed. Now is the time to make a difference.