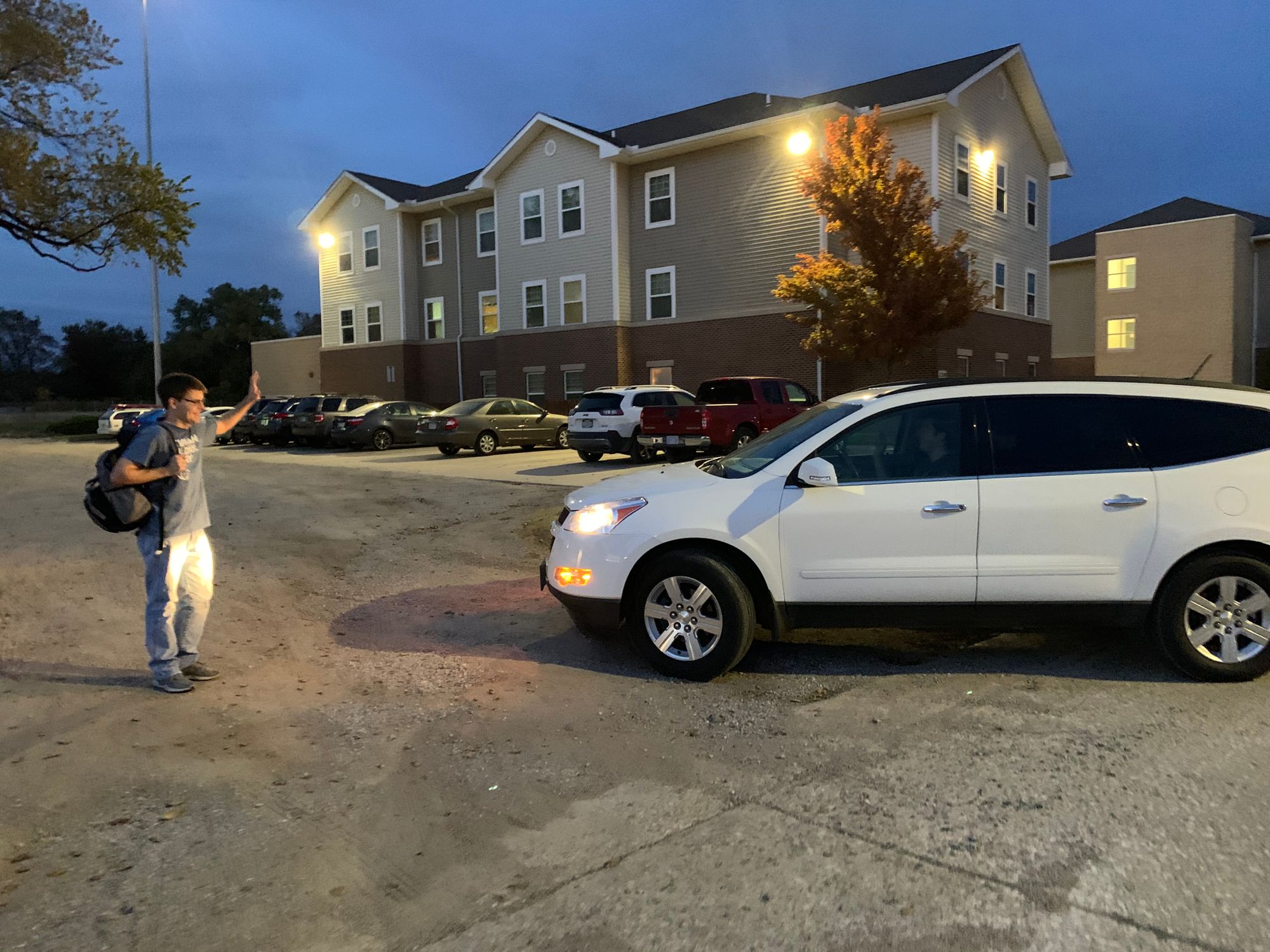 Students living in Fugate Hall have complained that potholes in the Fugate parking lot are causing problems for their vehicles.

The students say they would like to have the lot paved, but Director of Residence Life Scott Mudloff said it is unlikely that it will happen anytime soon.

Mudloff said that he and Bruce Sanderson, director of maintenance, are doing whatever possible to keep the lot maintained.

Mudloff said that there is not much that can be done to the Fugate parking lot because it is a street that belongs to the city of Wichita, so the city owns that lot, not Newman University. Mudloff said the university is not allowed to pave the lot unless permission is granted.

“In all reality, it is a street; it is a city street. Until the city decides they want to pave it, we make do with what we can,” Mudloff said.

Senior Fugate Hall resident Stephanie Ng said that the Fugate parking lot has been “half dirt and half sand” the entire time she has been a student at Newman.

Ng said that the parking lot is constantly full of potholes, which makes it really harsh on everyone’s tires.

“I hate driving through the potholes because it is not good for my tires or my car. It would be amazing if the parking lot could be paved,” Ng said.

Ng said she is aware of the Newman staff trying to maintain the parking lot since several people are allowed to park in the Fugate lot.

“I know the school and staff try their best to fill the holes or take the dirt to make it even, and I appreciate that. However, all of our problems would be solved if it was just paved,” Ng said.

Although the lot is unlikely to be paved, Ng said that the school should petition the city to allow the pavement of an area that is constantly used.

Mudloff said that he, Sanderson, and the school are trying to discuss plans for improvement of the Fugate parking lot.

The English department is a pretty 'lit' department