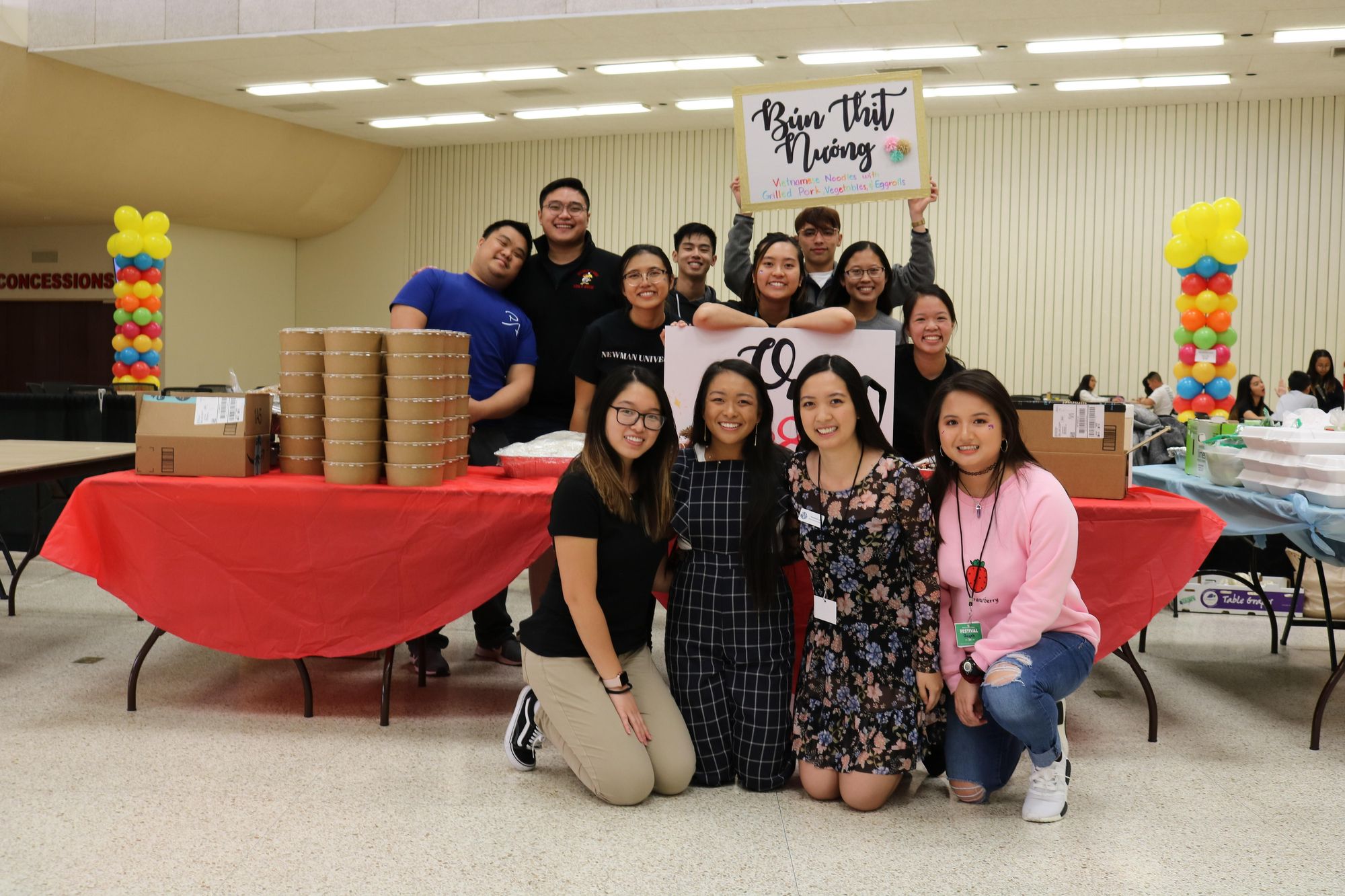 The 39th annual Wichita Asian Festival took place on Oct. 26 at the Century II Performing Arts & Convention Center. If you were unable to attend Asian Fest, you missed out because admission was free, and you could have enjoyed some fun, friends, and food.

Asian Fest had lots of cultural food, gifts, and fun activities. Personally, I enjoyed the food because it was pretty cheap and incredibly delicious. In total, there were 46 food vendors, which included Newman’s own Asian Student Association. ASA was selling a Vietnamese noodle dish called bún thịt nướng for $8 and they sold out.

Aside from ASA, many church groups, school organizations, and Wichita businesses had their own booths. There was also an area where you could look at cute stationery items, get henna tattoos, and buy cultural attire or jewelery. Most of the people who attended Asian Fest were watching the Miss Wichita Asian Festival 2019 beauty pageant and cultural performances. It was really cool to watch the pageant and performances because you saw different Asian cultures being represented.

Since Asian Fest is such a big event, there was also a Kids’ Korner. Despite the Kids’ Korner being for small young children, I visited it to play shuttlecock and do some fun coloring.

Every time I go to Asian Fest, I try to experience everything. I only had $20 with me at the festival, but I was still able to enjoy the event and save money. It was a bit expensive to get a henna tattoo, so I did not do that. Of course, I bought so much food; I got some fried rice, Japanese bread, crab rangoon, and Vietnamese jelly. I absolutely love Thai tea, so I drank a lot of it too. I also got a really cute pig keychain from the stationery booth and a purple Chinese pouch from one of the jewelry booths. I socialized with friends and watched the entire pageant.

I have attended the Asian festival for six years now, but I think I enjoyed Asian Fest 2019 more than the previous years. Usually, Asian Fest is super crowded, but I was able to take several fun pictures. If you could not attend this year’s Asian Fest, hopefully you can come to next year’s Asian Fest! I say you should definitely plan to go to the 40th annual Wichita Asian Festival!

Cross country nears the finish line of its season