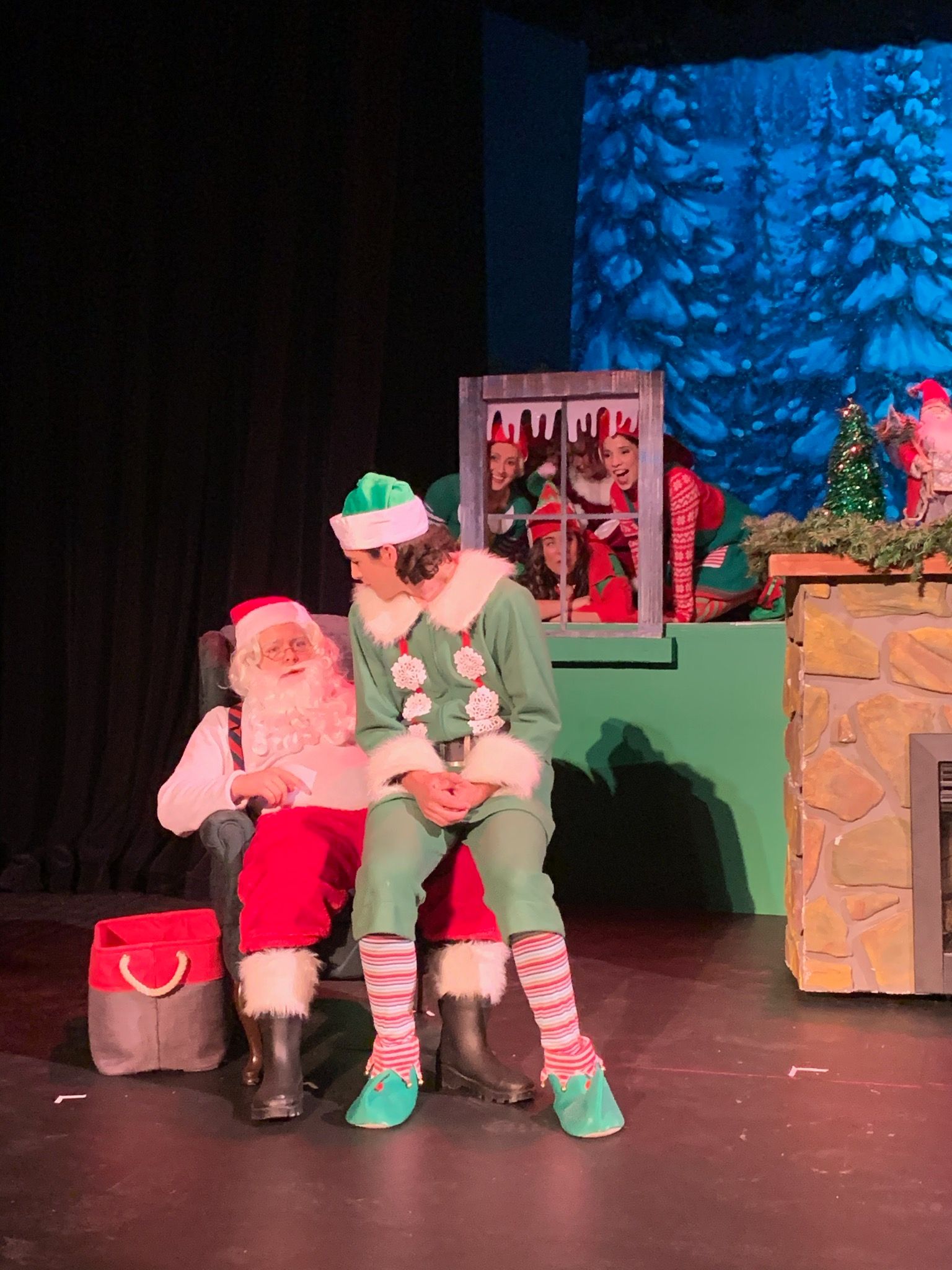 Catch Buddy the Elf on the stage this weekend

The Newman Music and Theatre Departments have been at work preparing for its upcoming show “Elf: The Musical,” and opening week is finally here.

The performances will be at 7:30 p.m. Thursday through Saturday and at 2 p.m. on Sunday in the Jabara Theater. Newman students will get in free with their I.D.s. College age and below will be $5 and adults will be $12.

The musical is a more personal take on the 2003 movie “Elf” starring Will Ferrell, said director Deanne Zogleman.

“For anyone who loves the movie, all the iconic lines are in there,” she said.

Zogleman said she is excited for people to see the musical because it is for all ages.

“It’s a beautiful story of bringing the Christmas spirit to all and redemption,” Zogleman said. “It is written with adult humor that little kids won’t understand and jokes for the little ones.”

Although this is a show put on by the Newman Music and Theatre Department, Newman students won’t be the only actors and actresses involved.

“I thought it would be fun to have some little elves at the North Pole and in select scenes, so I asked some of my good friends as well as one of the cast member’s younger brothers to be in the show,” she said.

Zogleman also asked some men’s chorus and actors in the Wichita area that have shared the stage with her to participate in some of the scenes.

Zogleman said she feels that having actors of different ages on stage brings another level of energy to the show.

“That’s all I’m going to say as I don’t want to give away the secret,” she said.

Buddy will be played by freshman Alex DeHoet, who says he is eager for people to see the show.

“I can’t think of just one thing that I want people to see because the entire show is great,” he said. “It will really help put people into the Christmas spirit.”

Athletic facilities are on the school's radar for improvements