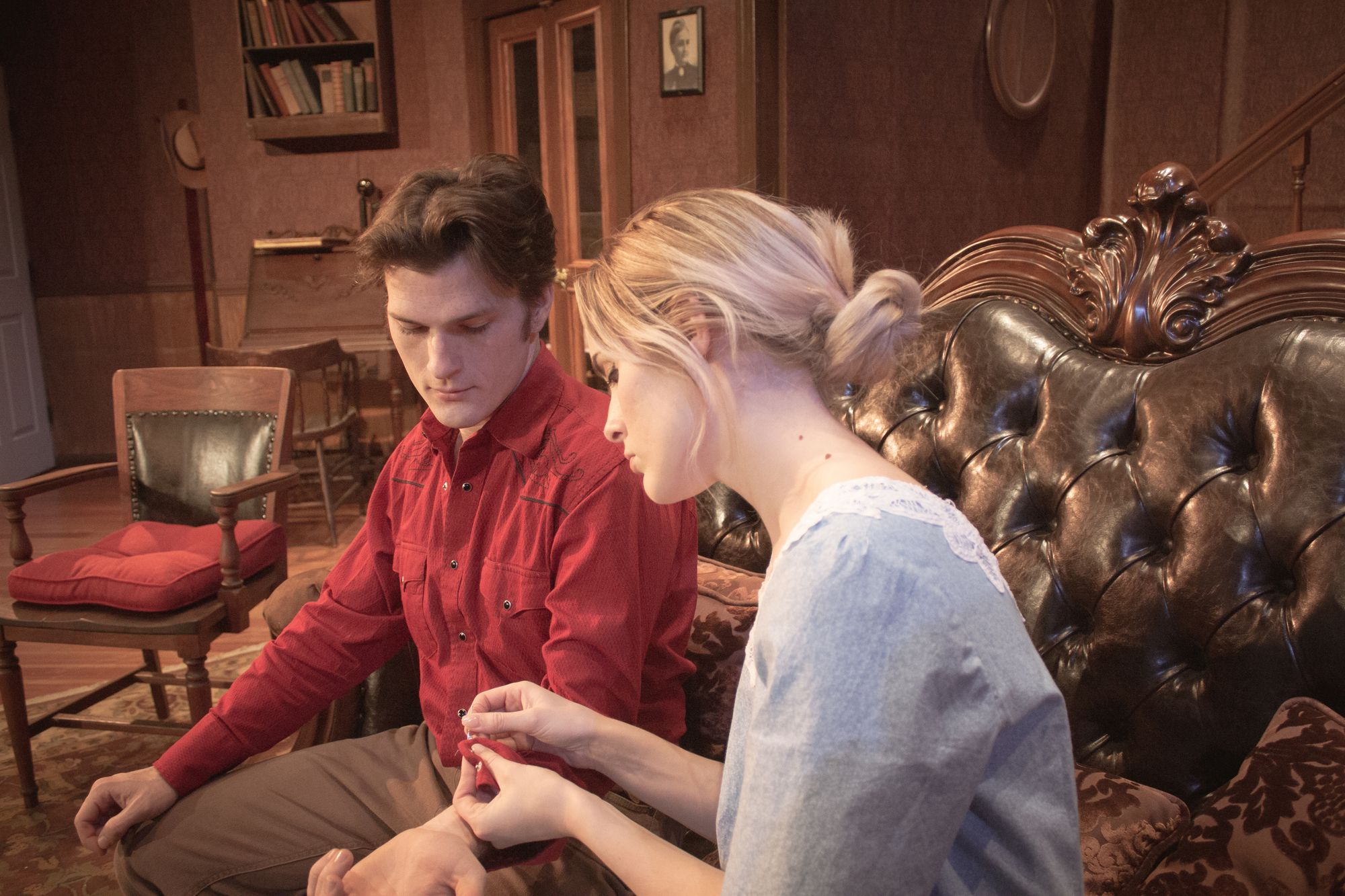 Four students have been nominated to compete for scholarship

Newman recently had four students nominated to compete for the Irene Ryan scholarship at the Kennedy Center American College Theatre Festival, which provides “recognition, honor, and financial assistance to outstanding student performers wishing to pursue further education,” according to the organization’s website.

The four actors will be pairing up with a partner of their choice from Newman and will be traveling to Sioux Falls, South Dakota, for the KCACTF Region V annual festival, where they will be competing for an invitation to the National Festival held in Washington, D.C., as well as a $500 scholarship.

The actors each have to perform a monologue as well as two scenes with their partners.

The students were chosen by adjudicators from KCACTF, who were invited by Newman  to attend the productions, give feedback, and nominate actors for awards.

This is not Newman’s first time having students nominated for awards, including the Irene Ryan award, at the regional festival.

“We went to this two years ago in Des Moines, Iowa, when both Rooslana and Lucas were nominated,” Director of Theatre Mark Mannette said. “Rebekah was also along for the ride because she was a partner that year.”

Clark said he is grateful to be nominated for such an award.

“As I have only recently began to consider acting as a possible career path, I am deeply honored to be selected for such an esteemed competition,” he said in an email.

It is a very difficult decision choosing a partner for such a competition, Clark said.  “Though I have a few thoughts on who my partner will be, I’m having an incredibly tough time deciding, simply because our theatre department is filled to the brim with talented actors and actresses. Regardless of who I decide on, I’m confident that we will do our absolute best and have fun while doing it.”

The actors and their partners will head north for the festival Jan. 19-25.

Clark said he is already planning how to deal with the cold South Dakota weather.

“I hear it is rather frigid, so I might have to leave my Norton Shakespeare anthology behind in order to leave enough room for my coat,” he said.

Cross Country crosses the finish line on its season