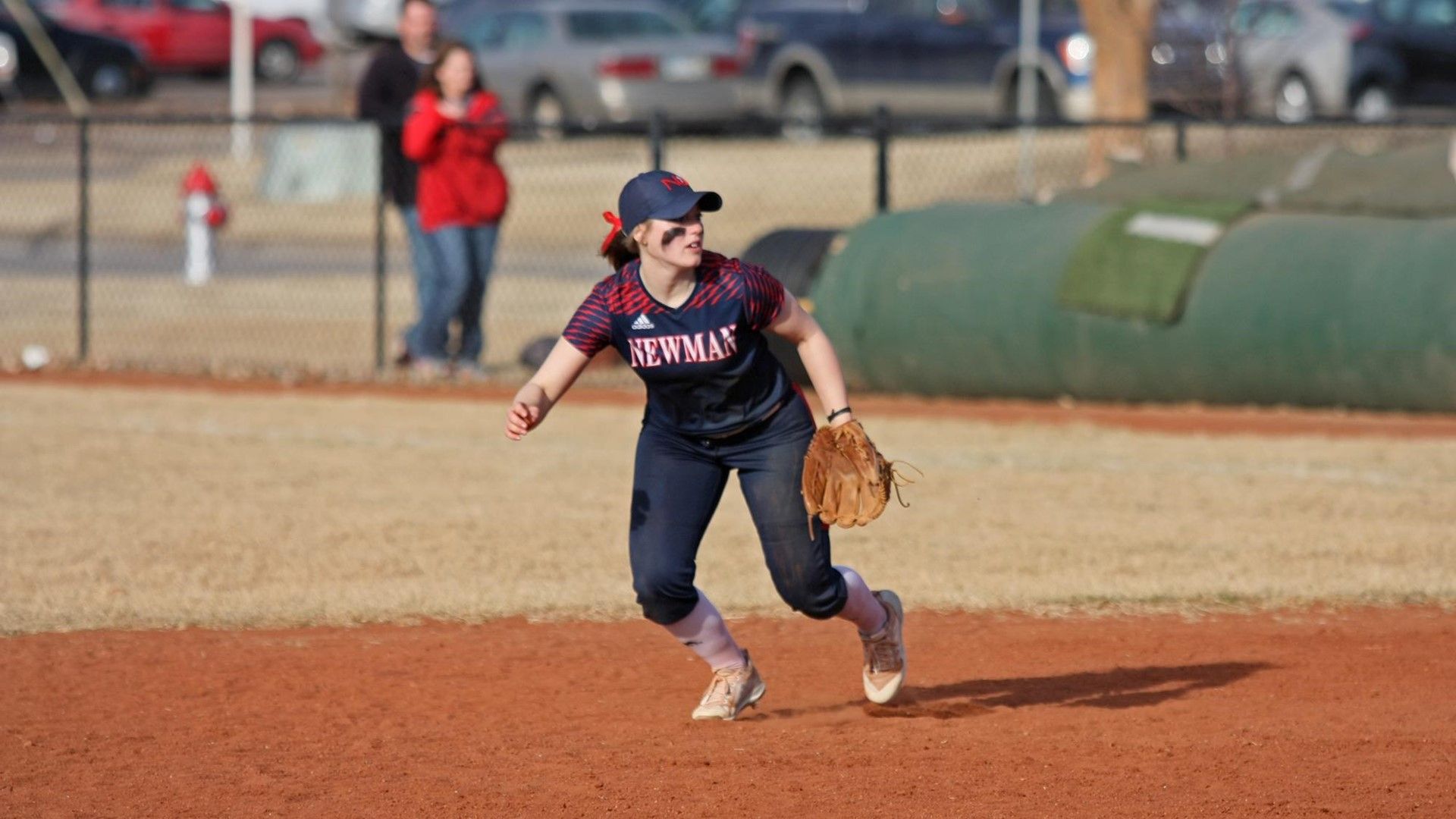 The Newman softball team opened its season last weekend in a tournament in Lubbock, Texas.

The team lost the five games played last weekend, but players say it was a learning experience.

“I do think that there were a lot of good things which happened this weekend,” said senior pitcher Leah Graham. “Obviously, our record does not reflect the outcomes we would have preferred, but there were many positives, which we will be able to build on for the rest of the season.”

Team members get along, and that’s half the battle, Graham said.

“There is a good team dynamic, and we get along well. There is obviously room for improvement with communication on the field to maximize efficiency,” Graham said.

Other team members agree they need to improve on defense with the focus on better communication.

“We will continue working on our communication and building a positive team atmosphere. Also, just playing relaxed and trusting each other and our abilities,” sophomore pitcher Anna Veltien said.

Though the defense did not hold up to the opponents faced, the Jets offense had a solid weekend at the plate. The team was led by senior first baseman and designated hitter Lacey Colvin with a .625 batting average and .750 slugging average for the weekend. The team as a whole had a batting average of .305.

“Our bats were pretty hot this weekend. We need to work on getting runs and then going out on defense and stopping the other team from scoring,” junior infielder Paige Wallace said.

Overall, the team is looking forward to improving throughout the season and making a name for the Jets in the MIAA, team members said.

“With all the new girls and the returners, we have so much passion and fight for this game,” Colvin said. “I think we have a real shot of being better than what the past has been like.”

Your first chance to see the Jets in action this season is at 2 and 4 p.m. on Friday on the Newman Softball Field against the visiting East Central Oklahoma Tigers.

I wish I still had a roommate

Valentine's Day should be about friendship too