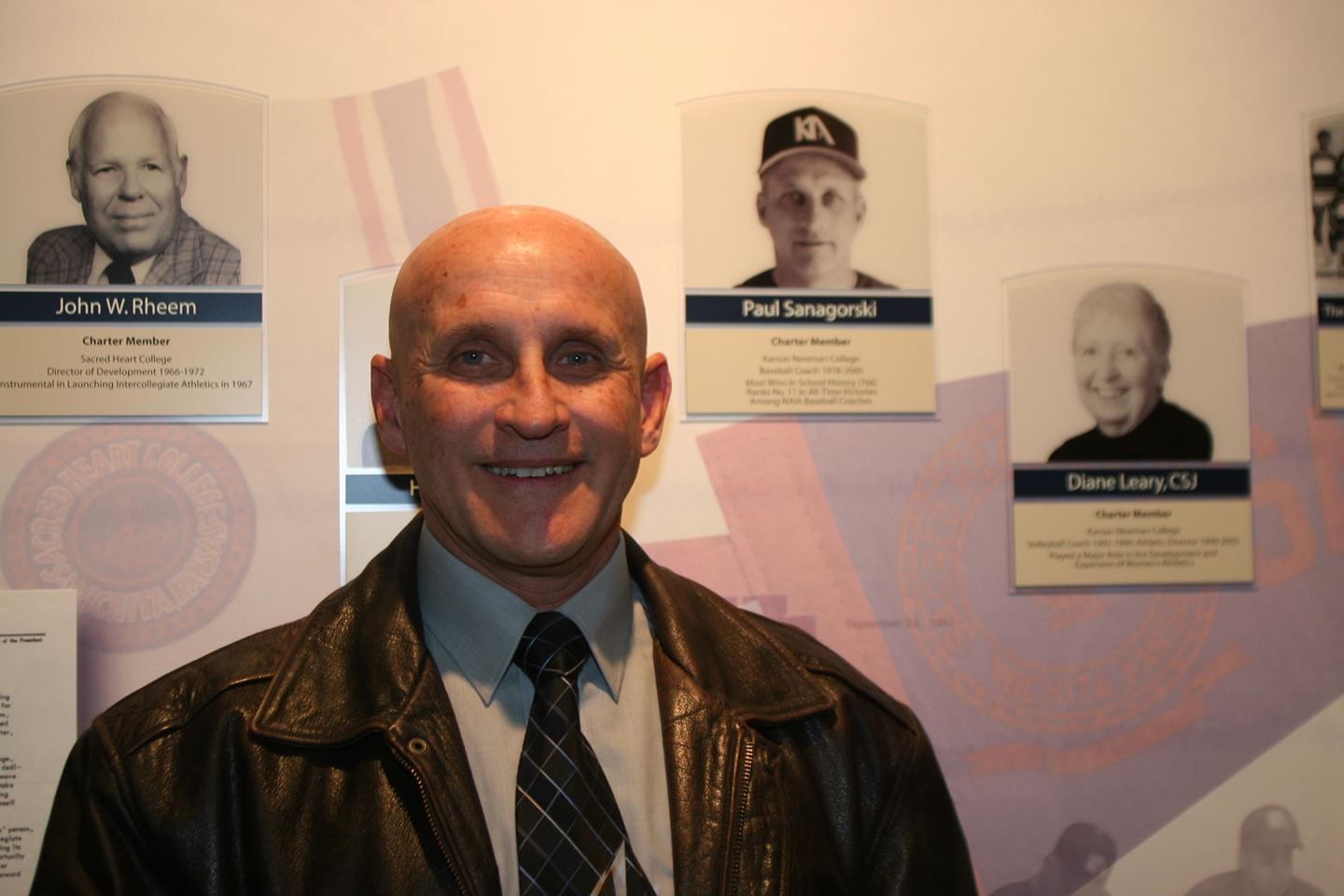 Paul Sanagorski, the founder of the baseball program and one of its former head coaches, will be celebrated for his contributions to the program at the home baseball game on Saturday, April 18.

Sanagorski, a 2007 Newman Hall of Fame inductee, started the baseball program in 1978 and coached the team until 2000.

This event will follow the celebration of another one of Newman’s past coaches later this month, Mark Potter, the former men’s basketball coach.

Athletic Director Joanna Pryor said that the idea to celebrate the university’s past coaches came as a result of a conference that she and Zane Ehling, the associate athletic director, attended together.

Pryor said that the department hopes to use these events to honor former coaches who left positive impacts on the university, all while encouraging more alumni involvement.

Pryor, who has gotten to know Sanagorski during his time serving on the Hall of Fame committee, said that Sanagorski instilled the value of loyalty into the program.

“He’s just a very reasonable good guy that loves the game of baseball. I think he created a culture of loyalty. Those guys love him,” Pryor said.

Ehling said that the athletic department is hoping to give alumni a reason to come back and connect with their former teammates.

“We want to make sure that they are getting back on campus, getting those guys reconnected with each other, and trying to do a better job of creating those environments for our alums and for the pride of the school,” Ehling said.

During his time at Newman, Sanagorski coached the baseball team to 766 wins, four district championships, and a fourth-place finish at the NAIA World Series.

“I think it’s exciting, obviously for the baseball program, but for everybody because he did also coach other sports and was very involved and is just a big part of our history. It is well deserved and probably past due,” Ehling said.

Not only is Sanagorski one of the university’s former baseball coaches, but while at Newman, he was also an instructor, head women’s golf coach and an assistant basketball coach.

Ehling said that any opportunity to honor Sanagorski and the contributions he made to the baseball program as well as the university is great.

“He’s a very important part of the history of Newman athletics as a whole, even more than just baseball,” Ehling said.

Paul Sanagorski Day will start at 3 p.m. on April 18 at the baseball field.