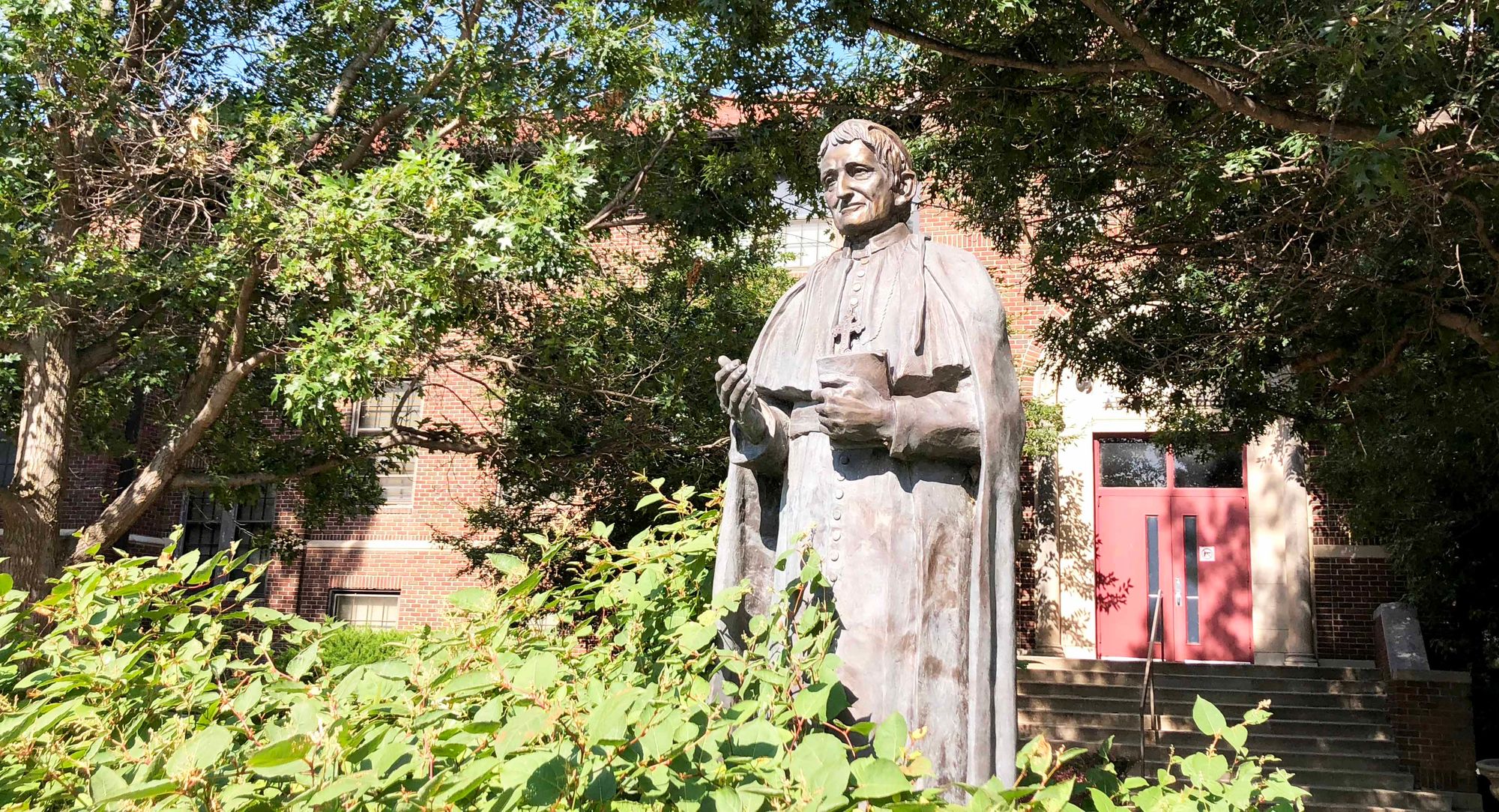 Before I came to Newman, I think I could count how many Catholics I knew on one hand.

Growing up in an evangelical Christian household in Florida, I’ve attended non-denominational churches since I was little, and I became a Christian around 14 years old.

But I never really knew much about Catholicism and it didn’t really affect my life at all until I came to Newman, a Catholic university. Needless to say, it was a bit of an adjustment.

The first adjustment was being called a Protestant. I’d always simply been called a “Christian” until I came here. Within one week, I had been referred to as a Protestant multiple times and it was quite strange at first, probably because the word “protestant” makes me think of a rebel. In the days of the Reformation, that term may not have been too far off the mark.

However, I know that people use the distinction respectively, to simply point out that I am Christian but not Catholic.

The second adjustment was being introduced to Mass. I had never gone to a Mass before coming to Newman, and I’m not going to lie, I thought it was super weird at first. I’m used to church services with guitar-led worship music, lyrics on a screen, and people praising Jesus with hands lifted high.

However, the Mass I attended seemed very formal, with priests in formal robes, liturgical worship music, and solemn mannerisms. It was quite shocking the first time I went to Mass because I had never experienced anything like it before.

Ultimately, though I may not agree with everything about the service, after talking to many Catholic individuals about their traditions and rituals, I have come to understand that they have embedded deep meaning and value in the practices.

The last adjustment was just being saturated in a Catholic community like Newman. Even though many students at the university aren’t Catholic, there are still many individuals here who profess Catholic faith, and now many of my friends are Catholic.

What surprised me the most was the great conversations I have been able to have with some of the Catholic individuals on campus.

Whether it be a question during a New Testament class with a Catholic Theology professor, a friendly argument with one of the seminarians, or a heart-to-heart about Jesus with one of my Catholic friends, I’m grateful to have been exposed to people with different views than I have.

Even though I don’t agree with many of Catholicism’s doctrines or interpretations of scripture, I am thankful for the opportunity to be given a different perspective and have my own faith challenged.

It makes me dig more into my own Bible studies and wrestle with difficult questions, and that’s one of the reasons I’m grateful I decided to go to a Catholic university.

Eshel-mania: Let’s make an effort to show up to more games