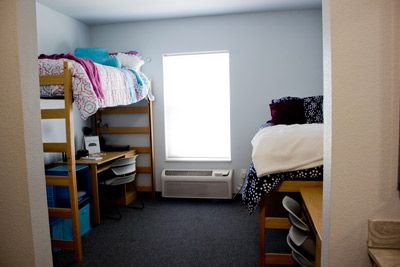 Price of living on campus drops for next year

Head of residence life Scott Mudloff said that he hopes the change will increase the on-campus population.

“The big reason for the change is to try and get more people to live on campus,” he said. “We always hear about how students want to live on-campus but simply can’t afford it.”

Mudloff said that he and the residence life staff did research on housing options for students in the surrounding area and realized that living on campus was as high as $300 more a month than other apartment complexes with the same amenities.

Newman was seeing the biggest drop off in numbers of students living on campus between students’ freshman and sophomore years, Mudloff said. He said he believes this was because it was nearly $1,000 more a semester to move from the freshman dorm (Carocci Hall) into Beata Hall.

“By closing that gap and by making the move to Beata cheaper, we hope to keep more first-time students in the halls,” he said.

Freshmen moving into Carrocci Doubles, meanwhile, will pay 10% more next year than freshmen did this year.

Junior Tyler Synovec said that the change might just keep him on campus.

“I’ve lived on campus for two years now and I definitely love the convenience of being so close to everything,” he said. “However I was planning on living off campus next year just due to the price difference. I will definitely have to take a second look at it now.”