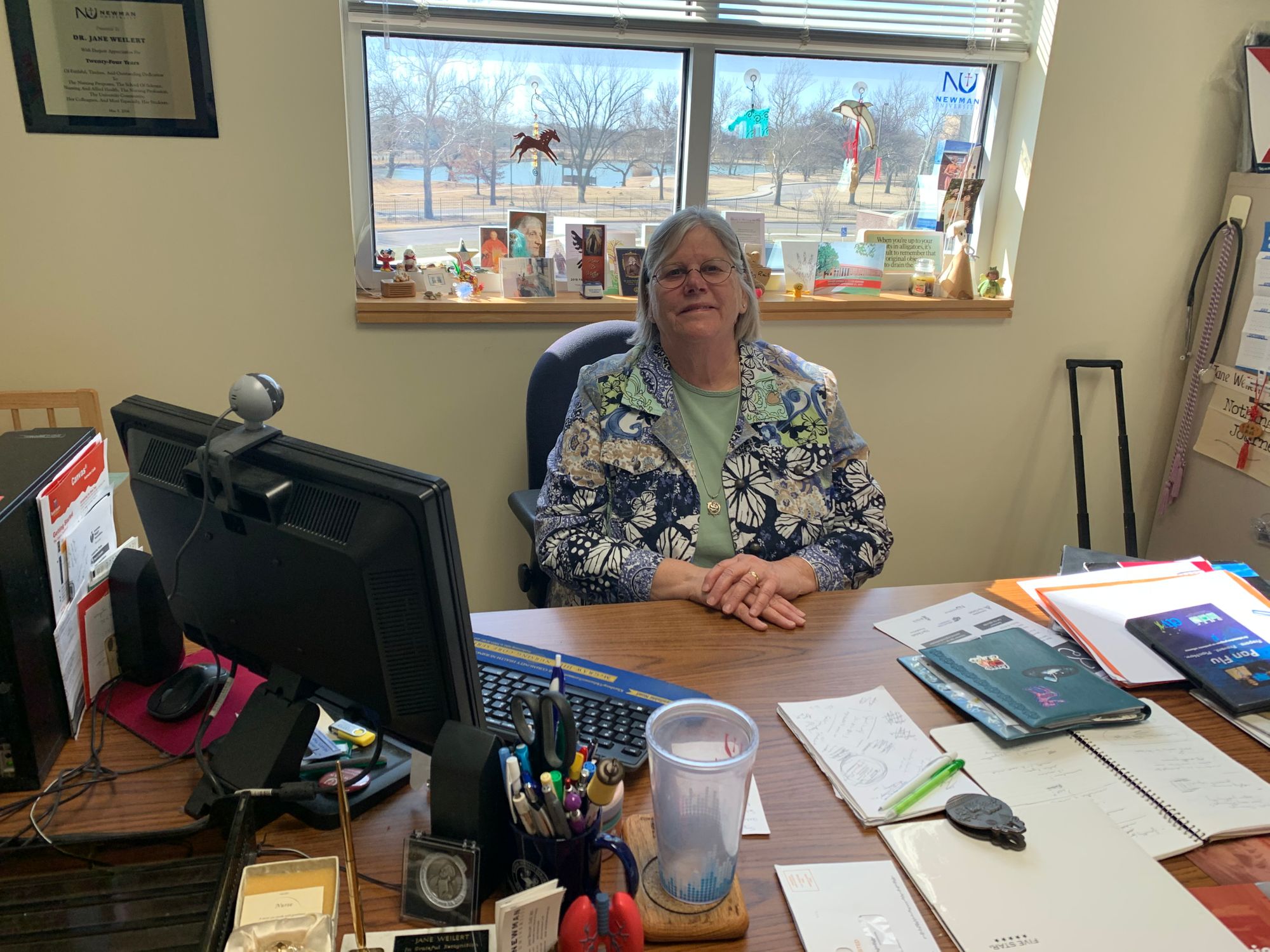 Associate Professor of Nursing Jane Weilert will be retiring at the end of the school year, leaving behind a three-decades-long legacy of devotion to teaching and healthcare.

Growing up with family members in the medical profession, Weilert said, she developed a passion for nursing and community health from an early age.

Weilert worked for a while as a middle school and high school science teacher before she started working at Kansas Newman College in 1982.

She played a pivotal role in transitioning Newman’s nursing program from a two-year RN program to a four-year BSN program.

Weilert left Newman in 2006 to teach at the University of South Carolina but returned in 2010. She said she preferred the smaller classes and more personal teaching atmosphere that she got at Newman.

In 2014, she was promoted to associate dean of the school of nursing and allied health. Then, in 2016, she received a Health Care Heroes award for her longtime dedication to public health.

Alumna and ER Nurse Angela de Souza said she appreciated how Weilert helped her see the importance of community health both in and out of the classroom.

“I don’t think a lot of us knew what community health really was before, but she showed us a different side of nursing,” de Souza said. “She took us to schools, to Meals on Wheels...She showed us that the spectrum of it is so large, and that no matter where we end up working, we will all be community health nurses.”

Senior Keelah Warden said Weilert was a great instructor and was always sensitive to what students needed.

“One of my favorite things about her was that she always encouraged us to spend our breaks wisely by spending time with friends or relaxing,” Warden said.

Though after her retirement she is looking forward to having the free time to travel and explore the nation’s national parks with her husband, Tom, Weilert said she is definitely going to miss her job at Newman.

“The people - the students, the faculty, the sisters - that’s what I am going to miss the most. They made it fun to go to work,” she said.

This winter, Weilert was awarded the distinction of Professor Emerita by the board of trustees, meaning she will retain the status of professor after she retires.

She said she hopes she can continue to stay involved with the Newman community post retirement.

“I’ve been baking Blarney onion cheese tarts for the Newman High Tea for several years, and I don’t think I’ll ever stop,” she said. “I hope to continue to help the school in any way I can.”

A few thoughts from the class of 2020