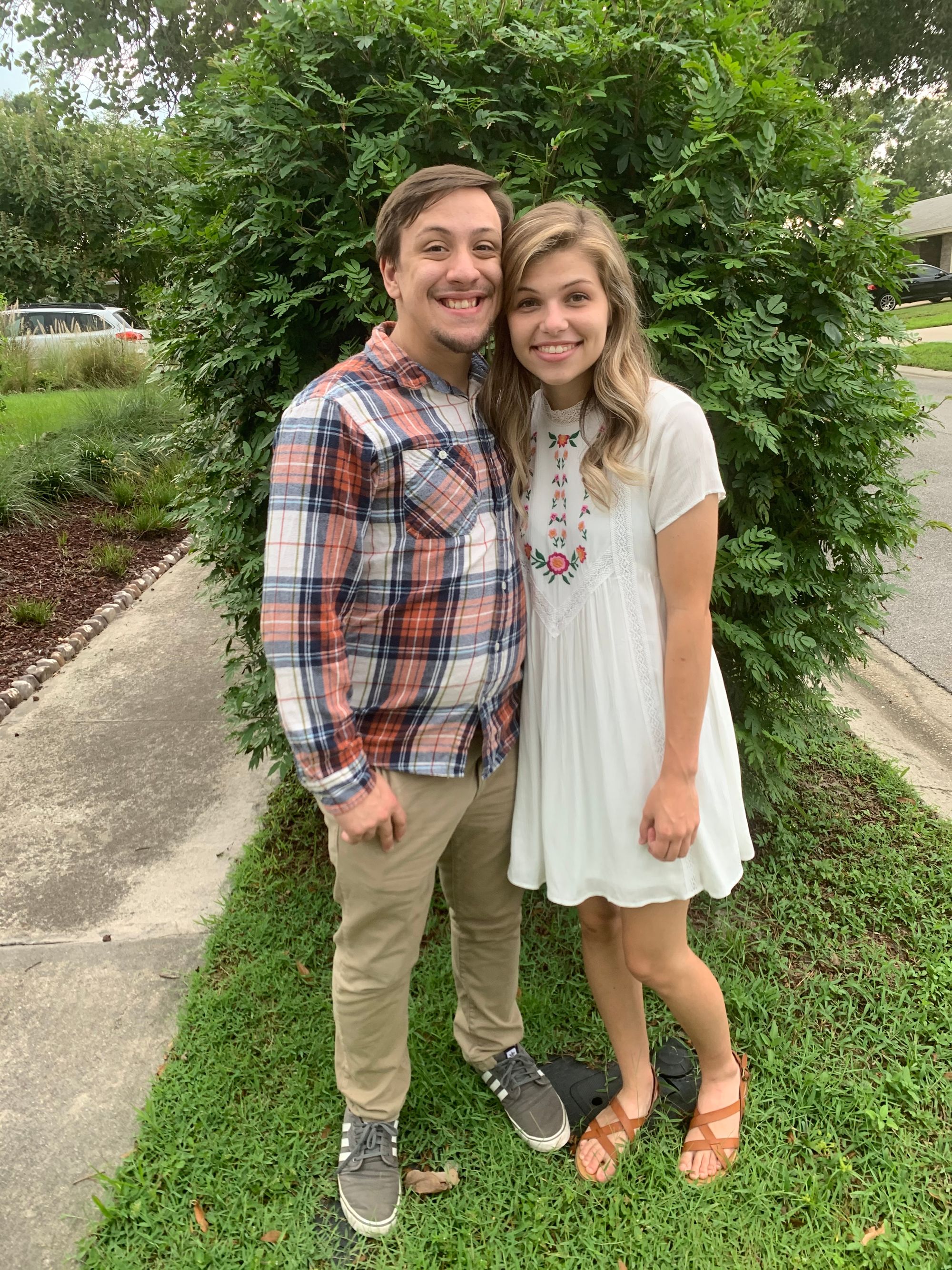 All of my friends are getting married. Who's next?

Am I the only one who feels like everyone is getting married right now?

It seems like everywhere I turn, another one of my friends is getting engaged.

Don’t get me wrong, I’m over-the-moon excited for each of my friends who got engaged over the summer and are preparing to embark on a new season in their lives. Truthfully, I believe marriage is one of the most sacred and beautiful things that God created.

But, as I’ve been helping with surprise proposals, engagement parties and all the wedding preparations, there’s one thing I’ve heard over and over again. And for some reason it just doesn’t sit quite right with me. It usually comes out of the mouths of the kindest, sweetest, most good-intentioned people I know. But as someone who has been in a long-term and a long-distance relationship, and not yet in a place to get married, I still cringe a bit every time I hear this phrase:

I understand that this is a common thing to say and it is spoken with the best of intentions, but if I can be brutally honest, I think it somehow conveys an unintended and sometimes uncomfortable message.

First of all, I think the phrase ‘You’re next’ generalizes romantic relationships as a long line of passengers waiting to board the wedding train to go to marriage town.

What do I mean by that? Just for background, my boyfriend and I met at church and started dating at the end of my senior year in high school. We both, rather naively, decided that going to different colleges and doing long-distance wouldn’t be all that difficult. Little did we know that the reality would be so much different.

Since then we have realized that relationships, especially long-distance ones, require lots and lots of selfless work and communication. However, I think we are both grateful for the last three and a half years we’ve had to grow individually and as a couple.

That being said, currently we are not in a position to get married due to our educational commitments. So when people are constantly talking about us being the “next” ones to get married, it’s really tough. Instead of simply waiting to board the train, we are choosing another path, the path that I believe is best for us. So I work really hard to try to be content and not to compare myself to those who are in a different position and getting married right now.

Comparison can make contentment a challenge. Sometimes it’s frustrating to have our relationship compared to the relationships of others. At the end of the day, I want to focus on our unique story and the path that we have chosen for our relationship.

Secondly, saying ‘Don’t worry’ seems to imply that marriage is the solution to

this troubling situation you find yourself in. The phrase is also usually spoken with an air of compassionate reassurance, like, “Don’t worry, this current struggle will end soon.”

But why are we acting like the season preceding engagement and marriage is bad? My boyfriend and I have chosen to date this long and we are committed to continue through this period of personal growth before getting married.

Do we want to be married? Absolutely. Am I also acutely aware that if we had gotten married before this season of personal development we would probably have had some major marital problems? For sure.

I’ve heard it said that relationships take a lot of work and you can start doing that work before the wedding, or else those issues will be even more complicated to deal with once you are married. While marriage will always take love and sacrifice, I’m confident that because of our patterns of growth and hard work in our relationship, we can persevere through the conflicts and challenges that we will face together. So, I don’t think this season of dating and not being married is suffering. I think it’s a season of growing and becoming even better together.

At the end of the day, by God’s grace, marriage will come. When it does, I believe it will be one of the greatest, most challenging, and totally rewarding experiences that I will have.

For some people, getting married right now is the best choice for them, and if it is, I will fully celebrate that. But here I am, finishing my senior year at Newman and beginning to realize just how short life really is. My boyfriend and I plan to get married after I graduate. So relatively soon, we will enter into a new season together. But until then, I don’t want to just be the “next” one. I don’t want my anticipation of a future hope to slay my joy and pleasure of living in the present reality. I’m not just marking time, I want to truly thrive.