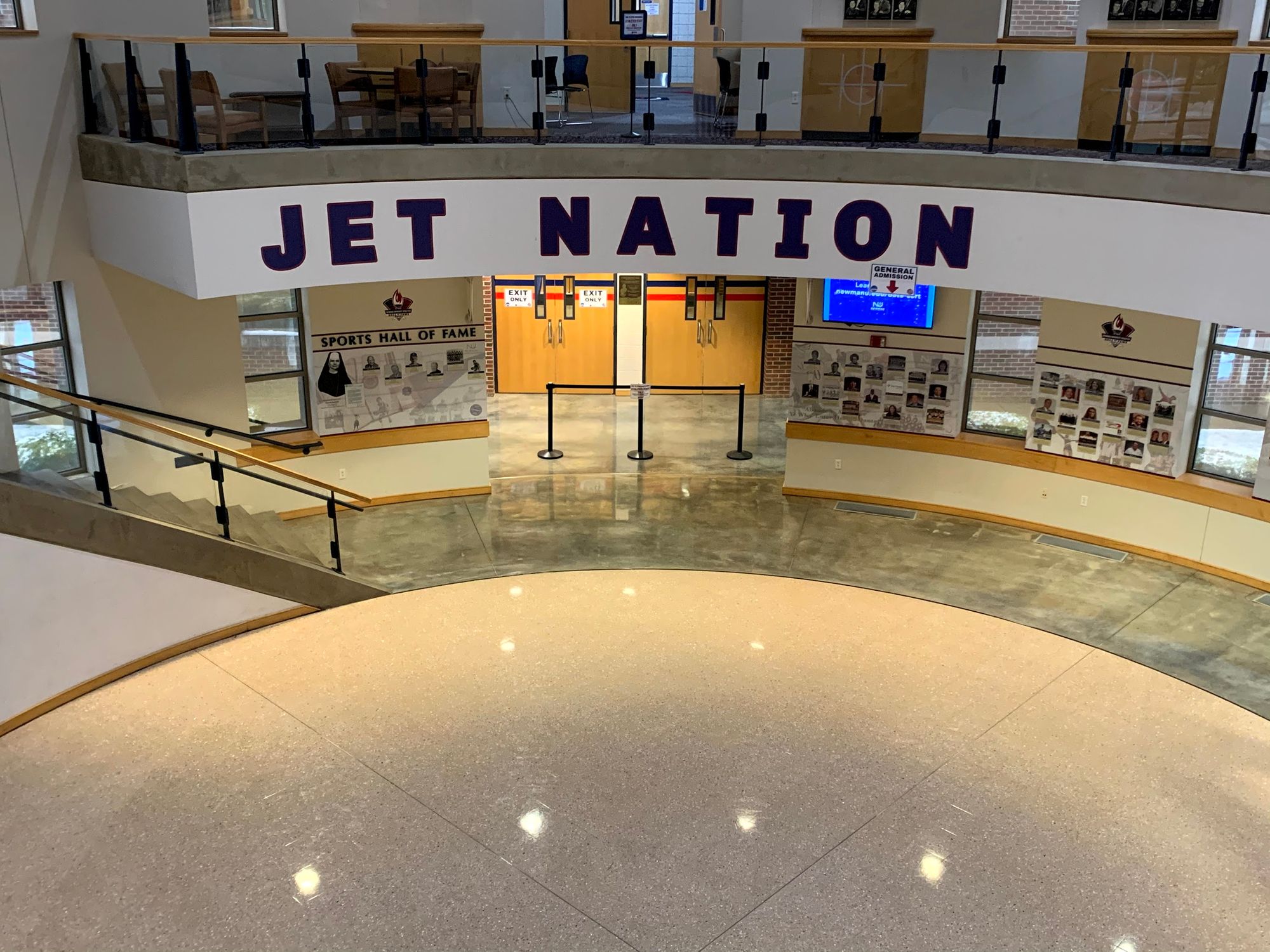 Some Newman winter sport athletes will be able to receive an extra year of eligibility thanks to an NCAA decision announced last week.

On Oct. 20, the NCAA announced that winter student-athletes who compete this season will receive an additional season of competition. Newman’s winter sports include men’s and women’s basketball, as well as wrestling.

“All of these waivers are due directly because of COVID and the effect it has had on the sporting world,” she said.

The MIAA suspended all sports activity on March 12, preventing senior Tyler Lawley and junior Kameron Frame from taking their shot at a national wrestling title. The men’s and women’s basketball teams did not make it into the conference championship last year, so they did not miss any competition due to the virus.

Rohleder said the situation will be treated much like spring sports receiving eligibility last year.

“Starting last spring, softball, baseball, golf, and tennis all got another year to use, since spring sports were cancelled,” she said. “The most recent update is for winter sports, who will also get another season back, even if they play this year.”

Rohleder said the NCAA wanted to allow athletes to have the chance to have a “full season.” Winter sports are slated to play an all-conference schedule this upcoming season and will get six fewer games than in a typical season.

According to NCAA.org, the waiver for winter sports athletes was recommended “due to the likelihood that their seasons will be impacted by COVID-19 in ways similar to fall sports.”

As of now, fall sport athletes will be granted an extra year of eligibility only if they play 50% or less of their season, which is postponed until at least Jan. 1. No schedule has been made for the postponed fall season.