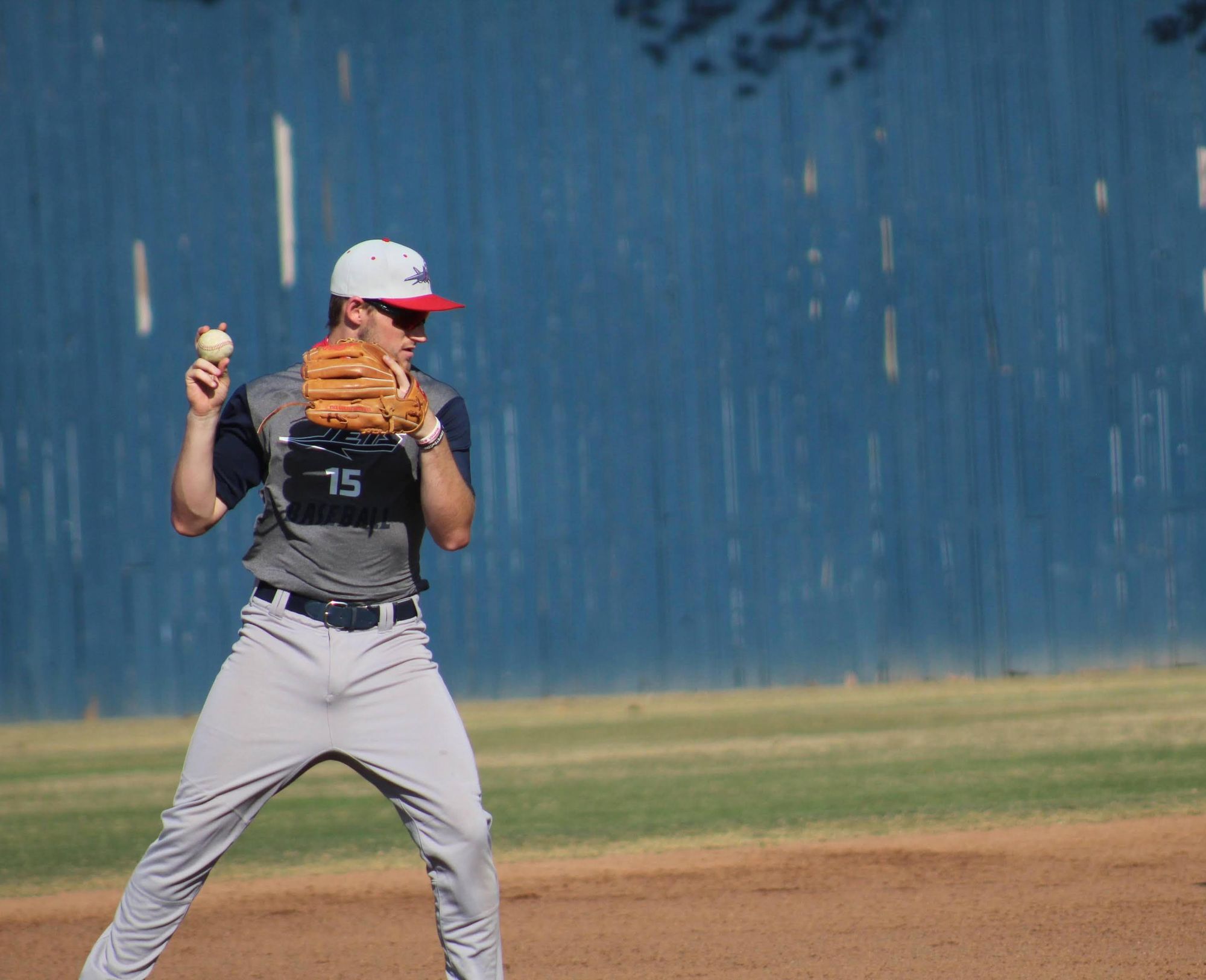 The Newman Jets Baseball team welcomed many new faces to the field this year as well as many returning players. Of the returners, seven are “super-seniors,” meaning that they’re playing at least one year beyond the typical four-year college career. The super-seniors include Devin Beard, Will Jordan, Derek Schumann, Mitchell Austin, Ryan Boaz, Dakota Rodd and David Lucero.

They were able to return to Newman this year after earning an extra year of eligibility granted by the NCAA after the 2020 season was cut short due to COVID-19.

According to fifth-year senior Ryan Boaz, there was some debate after the decision was made as to whether or not the extra year was fair for the returning players and the programs as a whole.

“I think anyone that comes back for a fifth year or more does have an advantage, because they are more mature and have more experience,” Boaz said. “[But] I do think it is fair. I don’t think there is a difference between a global pandemic and an injury. They both affect you from having a full season.”

“Student athletes work so hard day in and day out to prepare for the season,” Schumann said. “When the season came, COVID ripped that fun away from us.”

For some of these players, the extra year to play will allow them to finish their degree as they finish their collegiate baseball career. This is the case for Schumann.

“I was planning on returning to Newman for one more semester before COVID hit us hard,” Schumann said. “Being allowed an extra year has allowed me to still play baseball while completing my education.”

Boaz completed his bachelor’s degree in May and is now using the extra year of eligibility to further his studies.

“I am able to come back to Newman and get an MBA,” Boaz said. “I am grateful for the extra year not just to play baseball but continue my education…I am returning for the chance to have a full and successful season.”

For two of the “super-seniors,” the COVID eligibility year has allowed them to play beyond their fifth year. One of these players, sixth-year senior Mitchell Austin, was slated to finish his fifth collegiate season last year. Austin tore his ACL the summer before he began playing for Newman University, in 2017. This injury resulted in a medical redshirt, making him ineligible to compete the 2017-2018 year. With the COVID redshirt option, Austin decided to return to Newman to complete his degree and earn a minor in psychology during the fall and spring semesters.

“I was set to graduate in the summer needing only three upper division courses,” Austin said. “I decided that I would regret not coming back later in life. After starting this journey five years ago, I felt it was something I needed to see through to the end.”