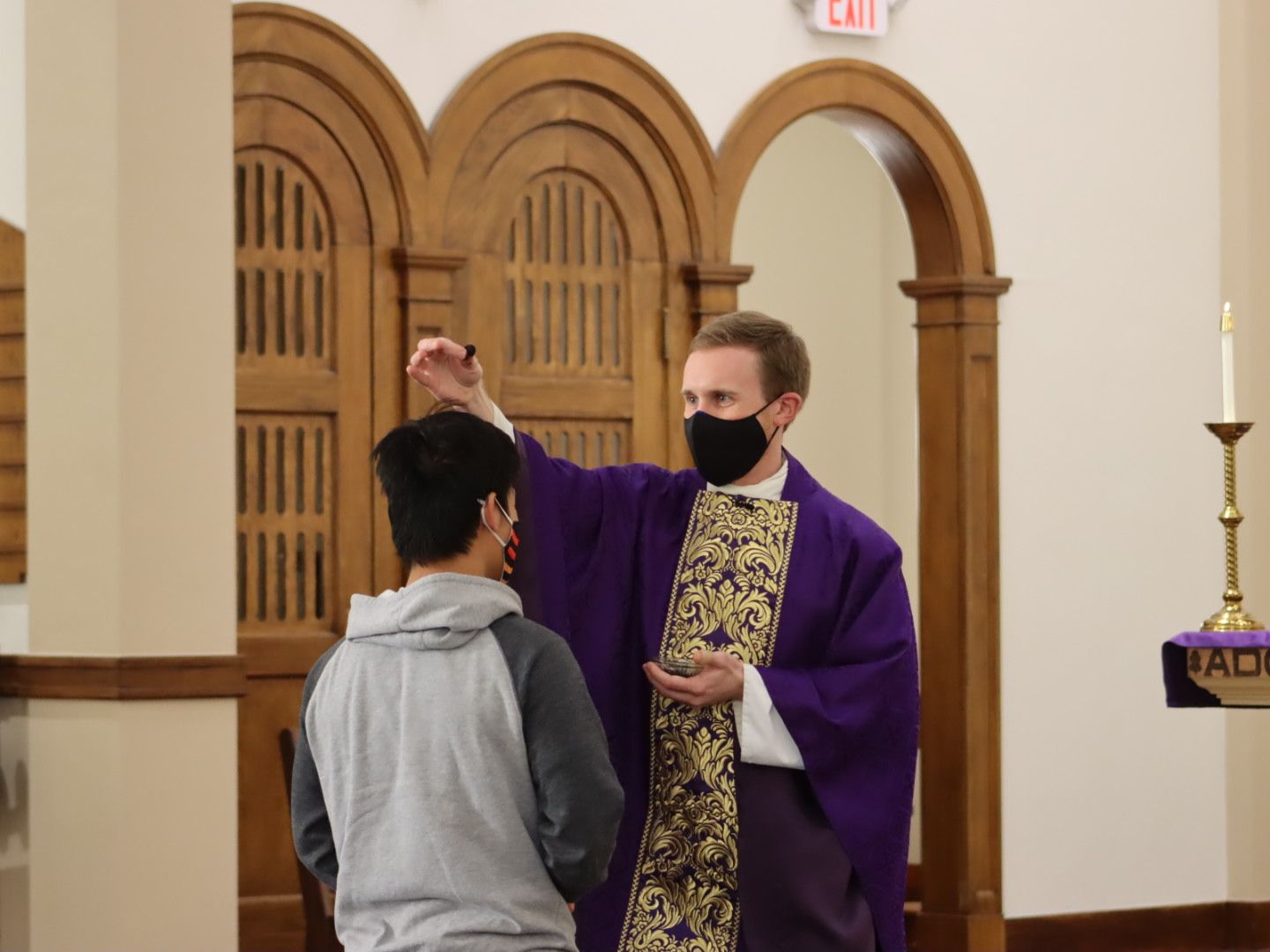 How some NU community members are observing Lent

The Lenten season started last week, and for several students, that means that some of their everyday habits have just changed.

Feb. 17 was the first official day of the Lenten season and the beginning to a 40-day period of prayer, fasting, and almsgiving. Lent begins on Ash Wednesday and ends at sundown on Holy Thursday, serving as a period of preparation to celebrate Jesus’ Resurrection at Easter.

Many Catholics around Newman’s campus are observing Lent and the tradition not to eat meat on Fridays as an act of penance. Some substitute fish instead.

Father Adam Grelinger said his favorite thing to eat on Fridays during Lent is either Chipotle’s veggie burrito or Freddy’s fish and chips. Senior Gabrielle Altenor said she enjoys eating a shrimp burrito from El Gordo. Graduate student Jon Coufal said that his go-to foods are eggs, cheese pizza, french toast and a variety of salads.

Along with watching what foods they eat, some also decide to give up other luxuries to replicate Jesus Christ’s sacrifices. Many of these practices, believers say, help them grow closer to God through or obtain a more focused lifestyle.

Grelinger decided to give up watching videos and movies by himself in hopes that it will “detach him from seeking YouTube as a lazy pastime and free up more time for prayer and reading,” he said.

Somewhat similarly, Altenor is giving up “maladaptive behaviors like keeping too busy and trying to control life.”

“In life, I’m trying to incorporate more adaptive behaviors like living in the present moment and staying involved in causes I believe in,” she said.

Altenor said that it is important to her to enjoy life in the present and not to dwell too much on the past or future.

Coufal has focused more on keeping a healthy body both physically and mentally, he said.

“For Lent, I am giving up sweets. I am also limiting myself to drinking only water because I like to drink all kinds of tea and juice,” he said.

Coufal said that he and his girlfriend are saying a rosary together every day as well.