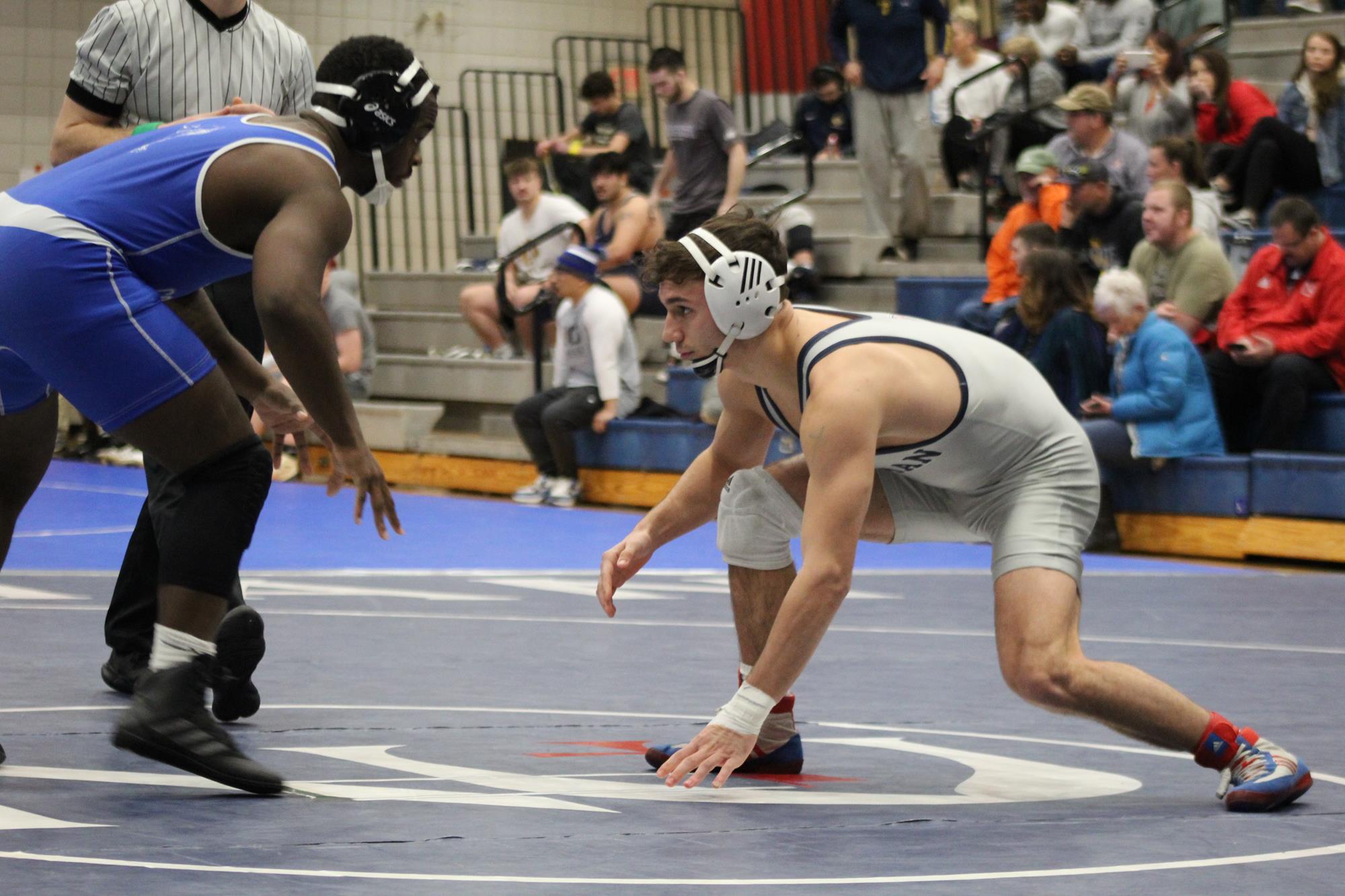 Frame went 1-2 on the first day of the tournament and was eliminated.

Though the tournament did not go as he planned, Frame said he is setting his sights on what’s to come.

“It’s heartbreaking. I put in a lot of work to get to where I am and I did not get to see the results I was wanting,” Frame said. “But luckily I still have eligibility, so it’s time to get back to the drawing board and put in work for next season.”

Frame, a two-time All-American, has qualified for the national tournament three times, placing sixth as a redshirt freshman before suffering a season-ending injury at the tournament and then being unable to compete as a redshirt sophomore when the tournament was cancelled the night before because of COVID-19.

Frame said his biggest strength as a wrestler is his determination, an attribute he said gets him through adversity.

“You don’t want to be in the mindset of losing,” Frame said. “You have to be willing to make adjustments and fix what needs to be fixed in order to keep moving forward.”

Head Wrestling Coach Ryan Smith said Frame is the type of athlete who always shows up and gives it his all.

“When he goes out there to wrestle, you know you’re going to get it at the mat,” Smith said. “He just shows up, day in day out, does what’s expected of him and at times does more.”

Frame said his goal going forward, the same goal he has had since his freshman year, is to be a national champion.

“That was the plan this year but obviously not everything goes as planned,” Frame said. “I want to try to fix what I can in order to get myself there and set myself up for the opportunity of having a national title.”

Smith said with what Frame has learned from the last few seasons, he is confident that he will be able to achieve his goals.

“There is no doubt in our mind that he is going to leave everything out there and put his life on hold in some shape or form to make sure he accomplishes what he wants from his wrestling career,” Smith said.