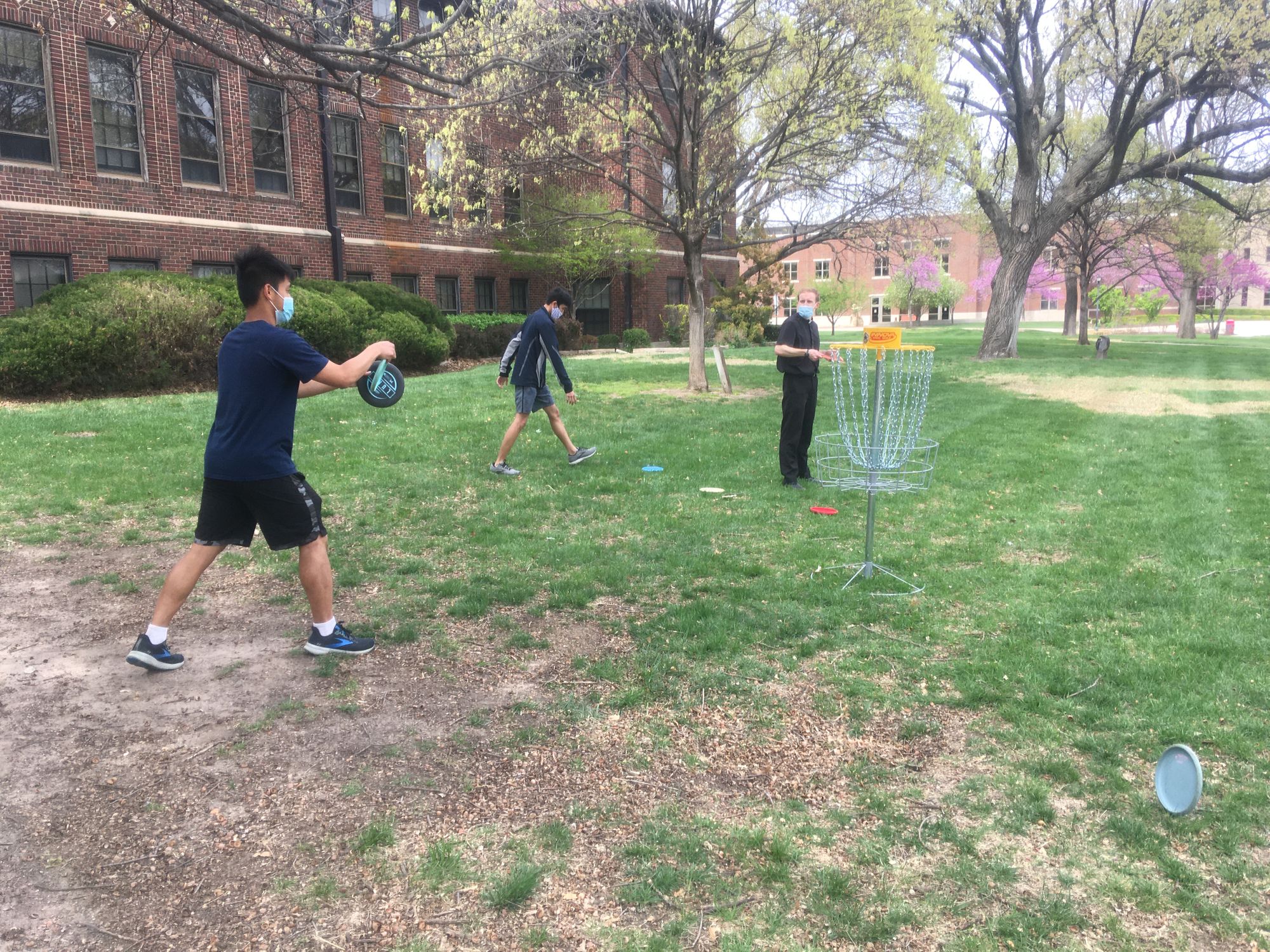 Inspired by the heightened need for connection that everyone was (and still is experiencing) because of the pandemic, Campus Minister Steven Nguyen developed a day aimed at helping students on campus: the chance to just hang out and de-stress.

On Tuesday, Nguyen and other members of Campus Ministry and the Campus Ministry Board took turns hanging out near the John Henry Newman statue in front of Sacred Heart Hall.

The chalked up sidewalks on campus invited students to simply hang out with them outside in a casual setting, from 9:30 a.m. to 2:30 p.m. The event was also advertised on the group’s social media accounts.

“Anyone that wants to can show up and talk about their life, or talk about anything, or even if they don’t want to talk and just want to throw around a Frisbee or play with a volleyball, just hang out, eat lunch together, whatever they want,” Nguyen said. “We’re there to serve.”

Nguyen said he noticed that, even as COVID-19 caused a lot of disruptions and cancellations, it also gave him the opportunity and motivation to connect with other students in ways that he wouldn’t have before the pandemic.

“COVID gave me the drive, like, ‘Oh, everyone else is receding and kind of hiding, but I’m going to be the person that’s going to do the complete opposite,’” he said. “I wanted to do that, and everyone on the Campus Ministry Board was very approving of it and wanted to help out.”

“I think the office can be kind of daunting sometimes to walk into because there’s so many people, and it’s sort of a clique even,” he said. “And so I’m going to make myself vulnerable and place myself out in the open.”

Nguyen said that the pandemic made it harder to connect with people, because he wasn’t seeing them every day, and that striving to create a safe space where students could just vent was something that he should have tried to achieve sooner.

“I’m incredibly excited,” Nguyen said, “Because in a way it’s sort of like a sense of duty, something that we should be doing — not even just me, or Campus Ministry, but humanity in general should be doing.”

After the event, Nguyen said that everything went really well, and that even a couple of professors joined.

“For the most part, they veered towards surface level fun… They had a good time, but deep conversations didn’t happen. We got to meet new people though, so that’s a plus,” Nguyen said.

While he isn’t new to the Campus Ministry crowd, Junior Andrew Nguyen was one of the students who attended.

“It was a blast,” he said. “It was nice to see the campus alive for a bit, and to see the interactions the ministers were having with the students and faculty was awesome… I think more students would be inclined to come if it was a weekly or monthly event.”