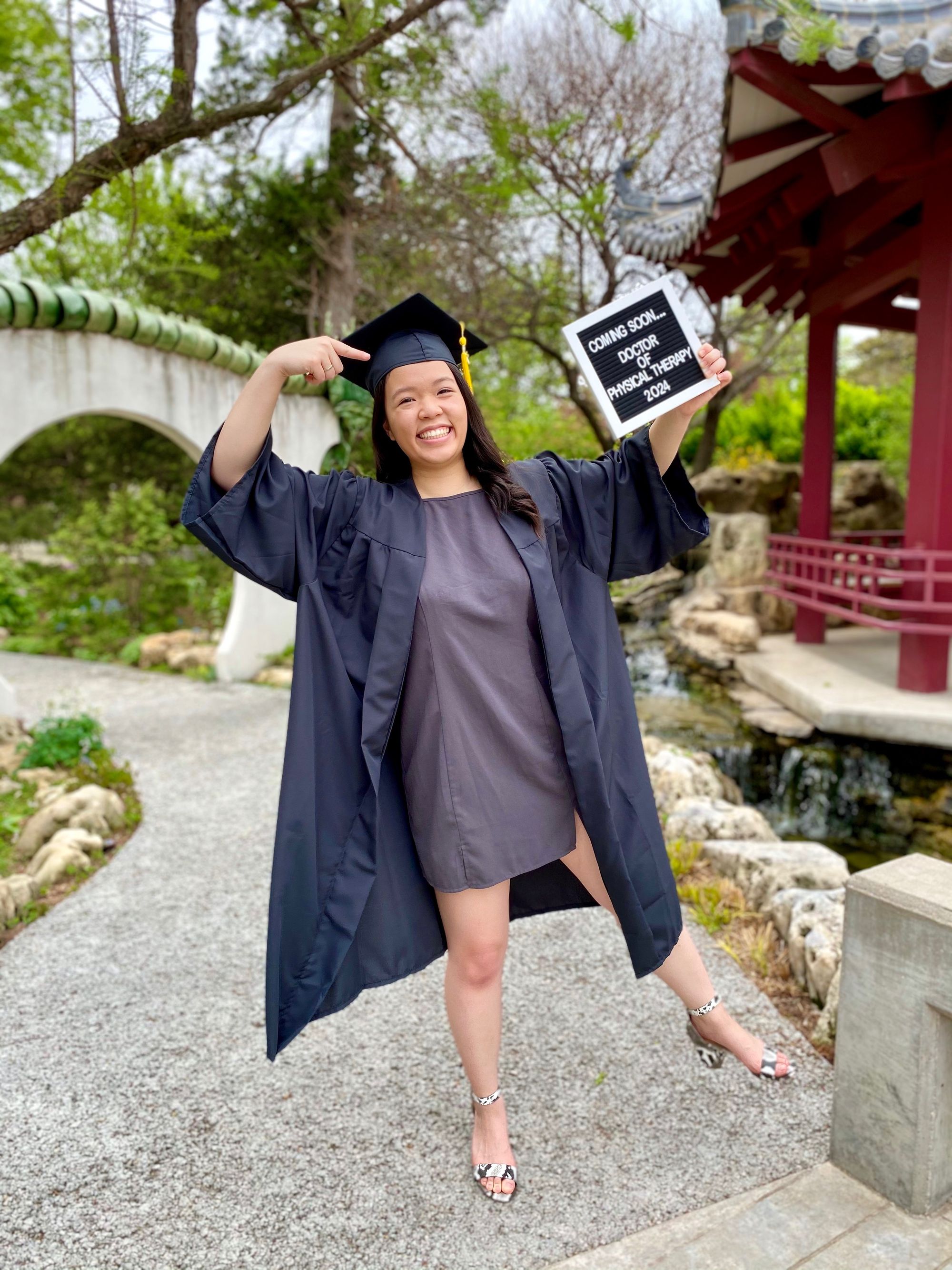 College is a time for all sorts of memories: good, bad and cringey. This week, The Vantage asked graduating seniors to share some of their most memorable experiences during their time at Newman. Seniors Karen Do, Nicholas Samsel, Mac Foley and Clare Morgan each shared, and things got juicy.

Do is a maniac on the golf carts, and she knows it.

“Through admissions, I typically give tours on golf carts. This event in particular was two years ago for the Saint Newman Scholarships. I was giving a tour to the candidate and his family, and in my personal car the console for the park, drive, reverse is in the middle. So I always set my hand on the middle console. But I forgot that I was in a golf cart and not my own car. So I put my hand down to rest on the middle console, and think to myself, ‘Why is the console so warm?’ I looked down and realized I am full on grabbing the student’s thigh and he is in a full suit and tie, pale as can be, and so confused as to what I was doing to him. I couldn’t apologize enough, and I was afraid I’d get in trouble by my supervisors,” she said.

Samsel shared two memories from his time at Newman.

“On a pilgrimage we were taking to Pilsen for contemporary Catholic classics, we were driving out with Dr. Umbarger, and the route we took led us down a road closed to everyone but local traffic. We didn’t think much of it, but we ended up driving about 20 miles or so down a road with a pothole about every 20 feet,” he said.

Samsel wasn’t on his way to a sacred place during his next memory. Actually, he wasn’t going anywhere at all.

“There was also that time in triathlon when I managed to fall off of my bike while being locked into a stationary trainer. I managed to knock another guy off his bike as well,” he said.

Sometimes we trespass with the best of intentions. Foley shared a story about a lost key found by his girlfriend, who is not a student at Newman, outside of his dorm building.

“So she tried it on the door and it worked. She used it for about two weeks before the student who lost it went to get a new one, and Scott looked to the security cameras to see who had been using it. He deactivated it,” Foley said.

Hey, college students are resourceful, if nothing else.

There are always some memories that hurt — literally and figuratively. Morgan has a special memory that happened in the heart of campus.

“Spring of my junior year, I was leaving the Campus Ministry Office, but I was going to run to the bathroom first. I took off down the hall with my hands in the pockets of my sweater, somehow tripped over my foot, face-planted, and slid on my stomach into Tracy McGarey’s office. (Interim) President Hall-Bartels looked up at me from her office with her mouth hanging open, but I just got off the floor quietly and went to the bathroom. The worst part is that I somehow slid into the door, which slammed the door knob into the wall and made a huge hole. Consequently, Tracy’s office was repainted shortly after,” she said.

Ouch, Morgan. We hurt just reading about that.