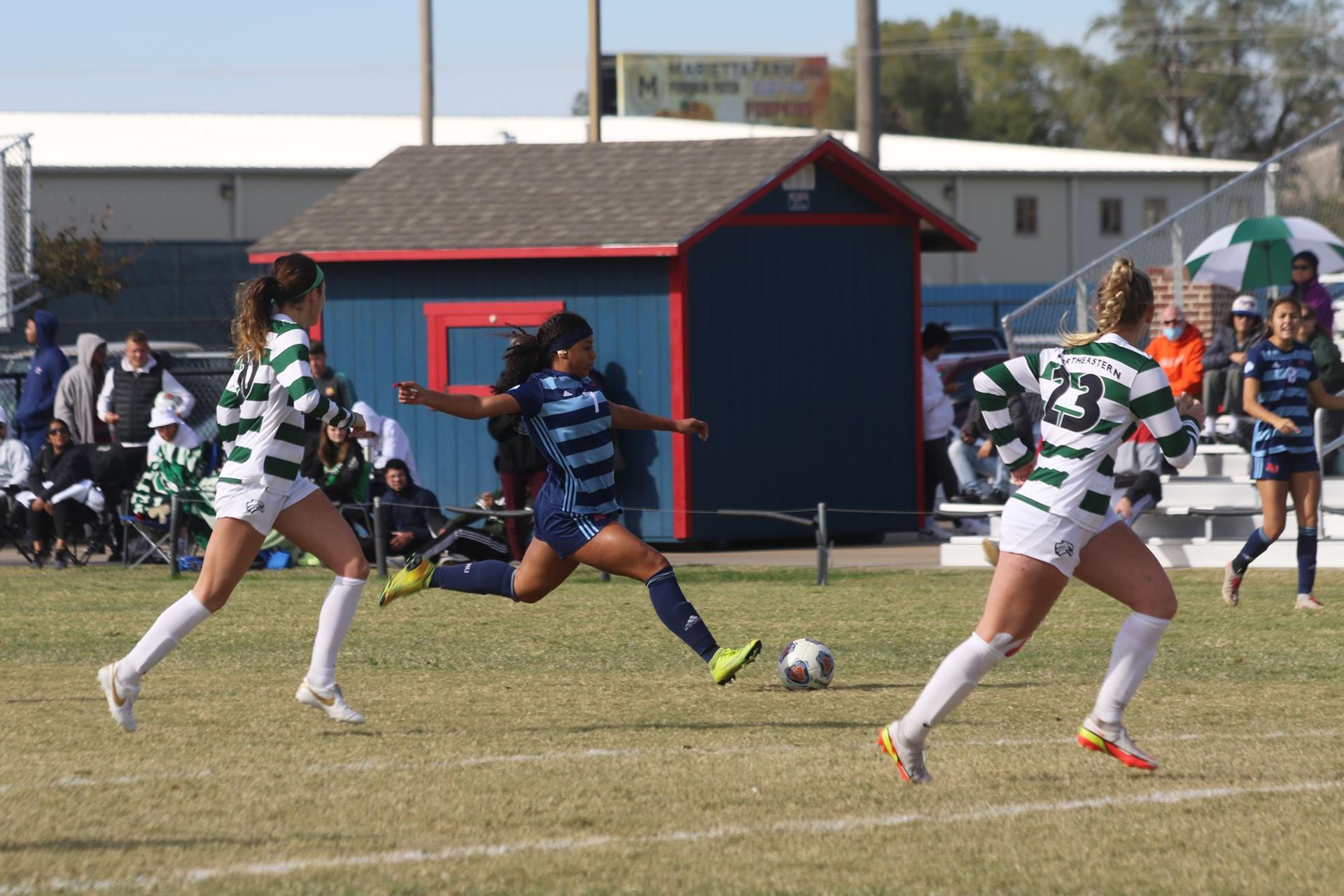 Dylan Gruntzel has been named the head coach for the Newman women’s soccer team. He assisted the Jets from 2016 to 2020 before taking the head position at Bethany College for two seasons.

He replaces Jay Holmes, who stepped down at season end as Newman’s head coach.

Gruntzel said that he was excited to return to Newman because of the people and the environment.

“You kind of get one of those feelings inside when you know it’s right,” he said. “I always felt very comfortable here, and this is where I want to be.”

Building relationships has been a big part of Gruntzel’s success as a coach, he said.

“I’ve always been big on the relationship piece, and that goes a long way as far as connecting on the field,” Gruntzel said. “How well can we relate off the field that transitions to success on the field?”

Puentes said she is excited to have Gruntzel back as her coach again in college.

“I enjoy his passion to strive for success and I think that is something we need to move us forward this season,” Puentes said. “He has taught me so much, not only to become a better soccer player, but also to be a successful woman.”

The relationships with these players is something that Athletic Director Joanna Pryor said played a big factor in landing him the job.

“Dylan will play an integral part in the recruiting and retention of student athletes who will not only represent Newman on the playing field but also in society upon graduation,” she said.

Gruntzel’s goal for the coming season is to make the conference tournament, he said.

“Record-wise, it wasn’t the best this year, but you tie a team that made the national tournament twice just shows that we are capable,” Gruntzel said.

The Jets tied Central Oklahoma, who ended their season in the national tournament, twice this season with scores of 2-2 and 0-0.

“It’s difficult being in the MIAA, but that’s the goal as it should be every year to make the conference tournament and see what happens,” he said.

Gruntzel and the women’s soccer team will kick off their season next fall.

I tried all of West Street’s tacos. Here are the best

The Ty-Rade: I am burning to talk global warming