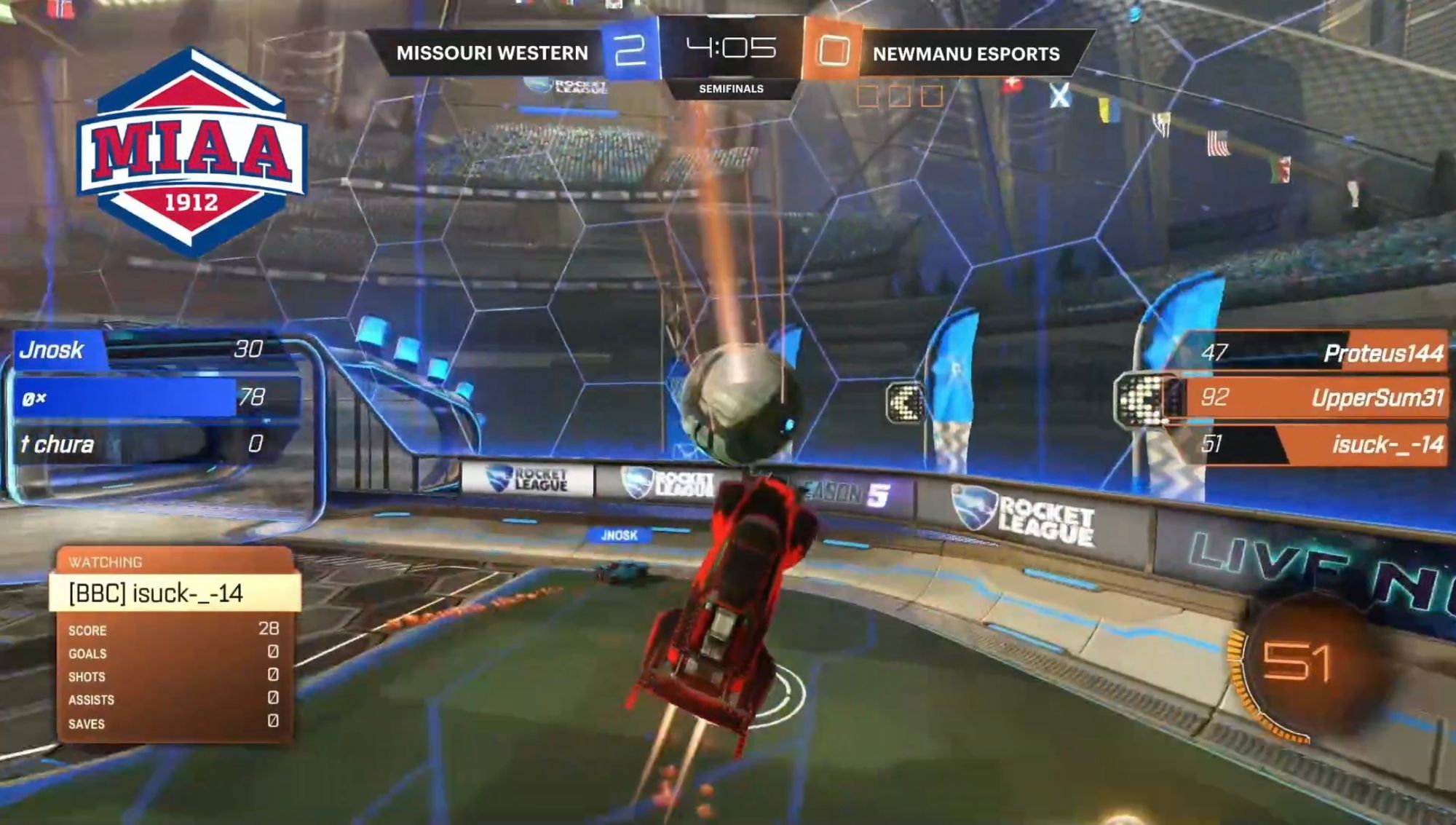 Newman doesn’t have an official Esports team, but it could someday.

The MIAA conference, which Newman is a part of, has started participating in Esports tournaments, and a couple of weeks ago, three Newman students competed in one.

“A few of the schools in the conference do have Esports teams,” said Zachary Brake, Newman’s assistant athletic director for communications. “It is something Newman doesn’t have yet, but it is cool to see some participation. So there is a chance Esports will be coming to Newman as a team.”

Esport athlete Hayden VanDePol junior, said that while the tournament was a lot of fun, Nemwan was at a huge disadvantage. He competed with senior Crae Pfannenstiel and junior Colton Carpenter and played the video game Rocket League.

“Honestly, the people we were playing were playing on a whole other level,” he said. “They scored two goals in the first 15 seconds of the match. They were an actual Esports team and we’re just some baseball players who put Esports under our name.”

“They ended up scoring like 30 goals on us over the three games, and we only scored two,” VanDePol said. “But if there is another tournament, we will definitely do it again”

“It was really easy to sign up. You just needed to have a school email that was attached to the MIAA” VanDePol said.

Brake said he wasn’t sure how long it would take Newman to add an Esports team.

“It’s gaining a lot of support and popularity,” he said. “So as we try to maintain an increase in enrollment, that’s going to be a crucial part to what programs and activities we can offer.”