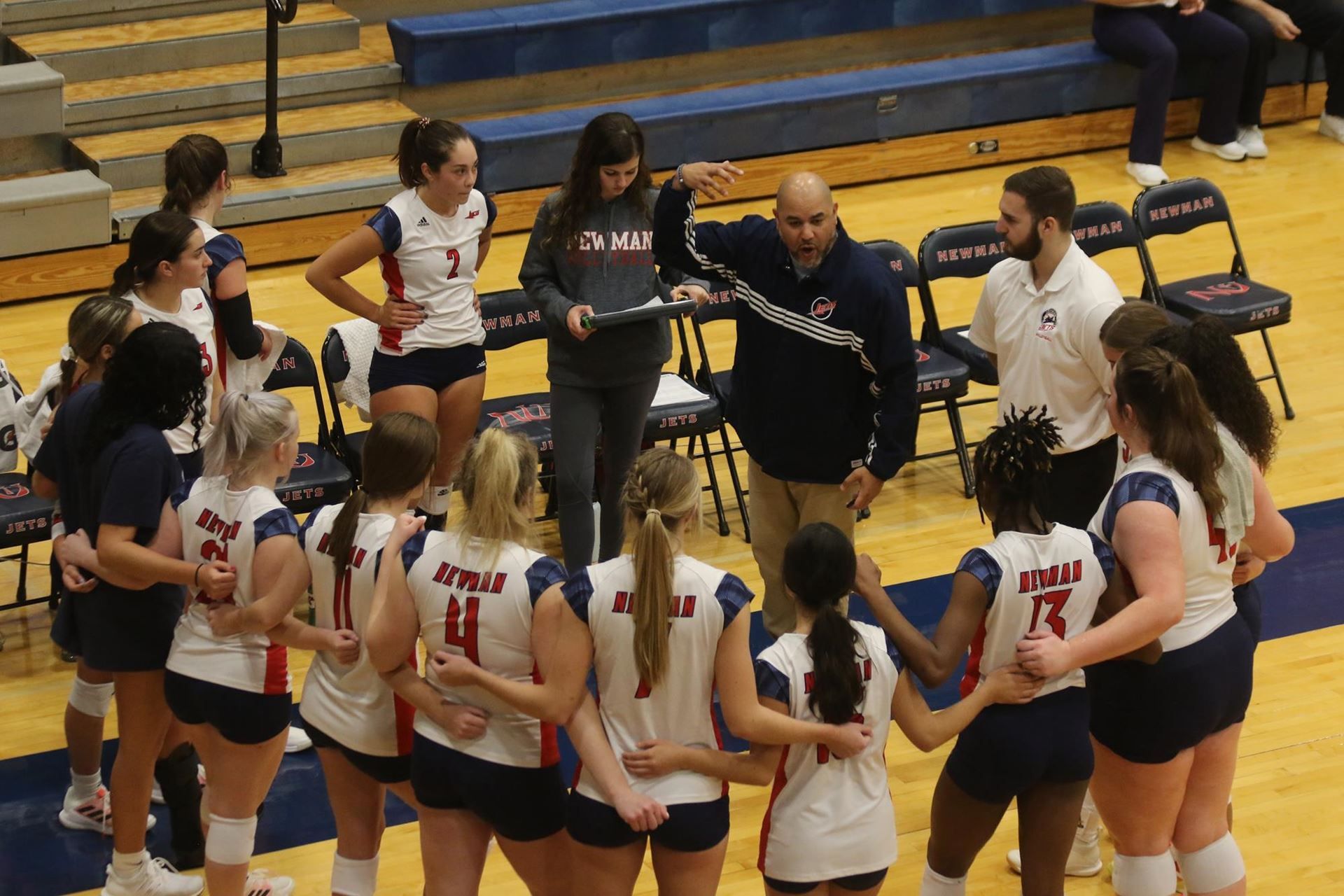 After four years as head coach of Newman volleyball, Jose Lugo is leaving to take an assistant coaching position at Temple University, a Division I program in Philadelphia.

During his tenure as the Jets head coach, Lugo compiled a 16-85 record. Athletic Director Joanna Pryor said that transitioning into the MIAA has been tough, but that in the last year, the team has made big strides.

“I think that one of my concerns with the coaching change is that we want to keep going in the right direction and do not want to go backwards,” she said.

Lugo was unavailable for an interview, but Pryor said he’s leaving Newman having shared many lessons with the program.

She said that Lugo started somewhat of a leadership academy within the program that she thought helped the players gain confidence.

“Jose was always very motivated to see our team succeed,” said sophomore libero Natalie Morales. “No matter how hard things got sometimes, he would help us forget the ugliness and help us to look forward to what was next in order to succeed.”

“I think Jose was good at the technical part of the game with teaching certain skills, which is important,” she said. “We are looking for somebody that can work with the system that we have but also somebody that is invested in Newman and wants to be here for a while.” Sophomore outside hitter Salome Romp said that she is excited to keep growing the team culture and that she hopes the players get stronger together even with the absence of Lugo.

“With the new coach, I hope that they are strong with good ideals and give fair playing based on talent,” she said.

The job officially opened last week and eight applications have already been submitted, Pryor said, adding that she will start interviews by the end of next week.