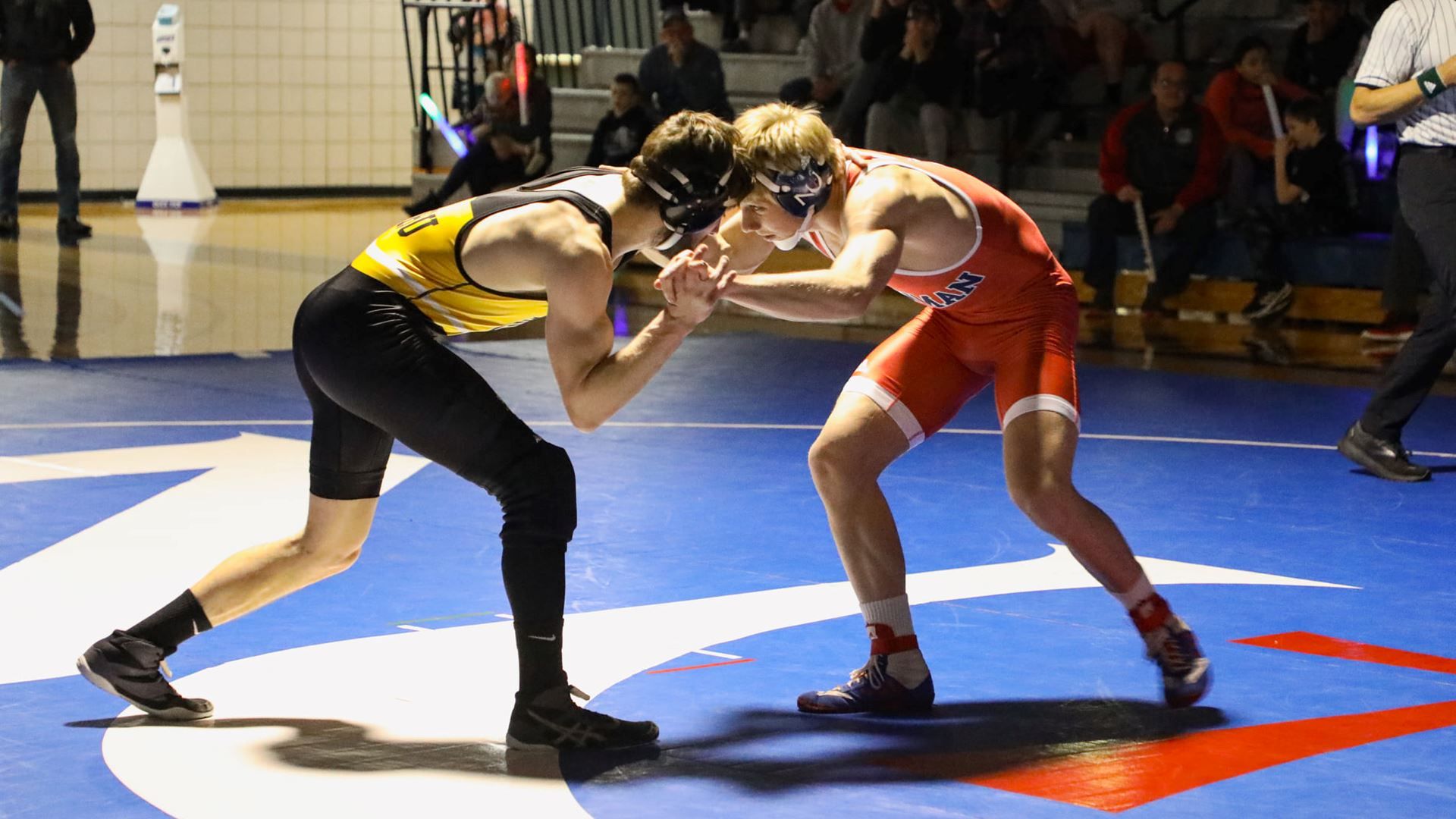 With their 27-25 win over Labette on February 6 the wrestling team moved their season record to an even 4-4 record before the last duals of the season.

This season has been led by six seniors who were honored at their dual against UCM on January 31.

Before the Dual Seniors Ivan Balavage, Kameron Frame, Kendall Frame, Garrett Lange, JD Johnson and Baylor Smith were honored for their dedication to the team and wrestling as a whole.

Each athlete was given their own special moment, where those who they held special were welcomed to the mat for pictures. The seniors were also given gifts of framed singlets that they will be able to display proudly and show off their time here at Newman.

“Watching the seniors who have put so much work into this program was eye opening” said freshman Colby Wilson “I have not been able to attend very many duals, but I am happy this was the one I was able to make”

“These wins to start the dual made the energy electric,” said freshman Jack Kiser “It felt like Arrowhead on a Sunday night”

Due to the significance of the night, Fugate Gymnasium was packed with students, teachers and family all watching the tests of strength. Each individual cheering to push the team to victory.

Seniors Kameron Frame and Ivan Balavage were both able to come out victorious, but it wasn’t enough to bring Newman out on top where the contest ended in a final score of 27-15.

The team has one more team dual against UCO on Sunday the 13th. This marks their last dual before the Division two tournament starting on Feb 26.