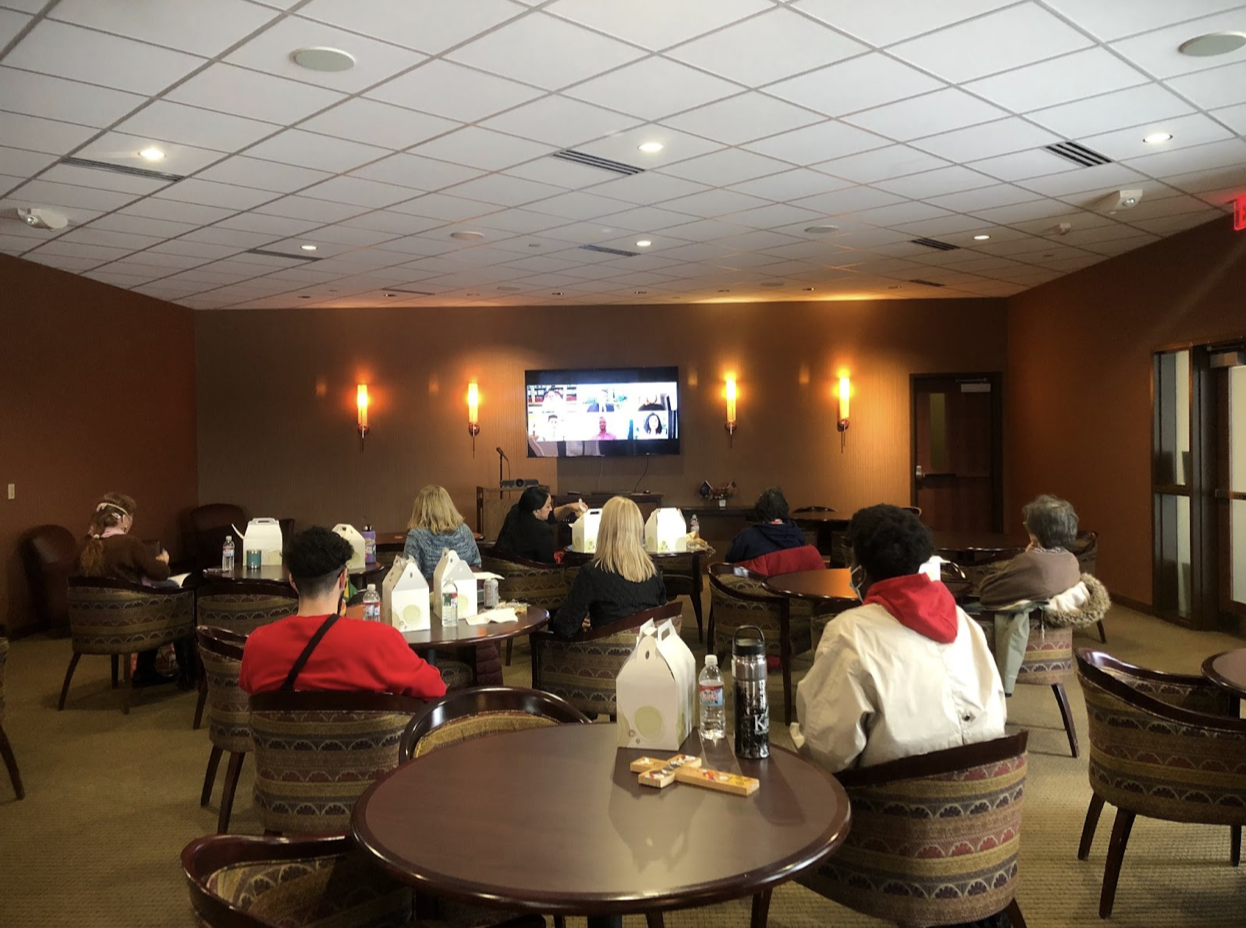 Newman students listen in on discussion with Pope Francis

Members of the Newman community got to hang out with the Pope last week.

On Feb. 24, Newman was part of a Zoom event hosted by Loyola University Chicago called “Building Bridges: A Synodal Encounter Between Pope Francis and Universities.”

More than 58 universities from 21 different countries participated in the live, virtual event, and a viewing at Newman was organized by the Spanish department, Campus Ministry, and the Gerber Institute.

Participants had the choice of watching the Zoom session in Spanish, English, or Portuguese. Those watching in Spanish sat in the Roths Alumni Center, and the English session was hosted in the adjacent conference room. Students who wanted to listen in Portuguese had to pull up the live session themselves.

Newman had 20 people attend: 12 at the English session and the other eight in the Spanish session. Only three Newman students attended.

The broadcast featured Pope Francis’ discussion with 12 different students from universities across the Americas and was focused on migrants and refugees. Pope Francis said during the meeting that he found this to be an important topic because he is from a family of immigrants living in Argentina.

Pope Francis went on to encourage everyone to embrace their roots.

“When roots are lost, a culture is lost, so it depends on the young people to understand and continue the roots found within the old people. Thus, it’s very important to respect the migrant’s roots.”

Mathew Umbarger, Newman Professor of Theology, said he felt that the event seemed orchestrated and faculty-planned instead of being a true discussion, though he said he thought the Pope still carried an important message. Umbarger pointed out that Pope Francis would always relate the discussion back to the Gospel.

“​​What most impressed itself on me was how Pope Francis, in each of his responses, drew the audience back to the fundamental message of the Gospel,” he said.

The students on the broadcast brought up the impact of climate change on refugees and the prophecy of non-violence and encouraged Pope Francis to hold future discussions with students.

Throughout the discussion, Pope Francis was consistently taking notes and responded to the students methodically.

“Violence will always destroy, never construct,” he told the students. “God is three things: close, merciful, and tender. He does not represent violence. He represents harmony. Thus, this is the life we should seek. Never enter the game of hypocrisy.”

Umbarger said he believes that student discussions like this will become a permanent feature of the papacy. He also said that impacts from this discussion may be coming sooner than we think,

“Quite possibly, some of these things will be taken up into future expressions of his pontificate,” he said.  “In particular, I would not be surprised if we soon hear of a directive to bishops and pastors to increase their pastoral presence and to more explicitly address ecological justice in their preaching.”

Anyone who would like to watch the Zoom discussion can find it on Youtube or use the link https://www.youtube.com/watch?v=FG33xJe9fHM

Graduation to move to just one ceremony this year