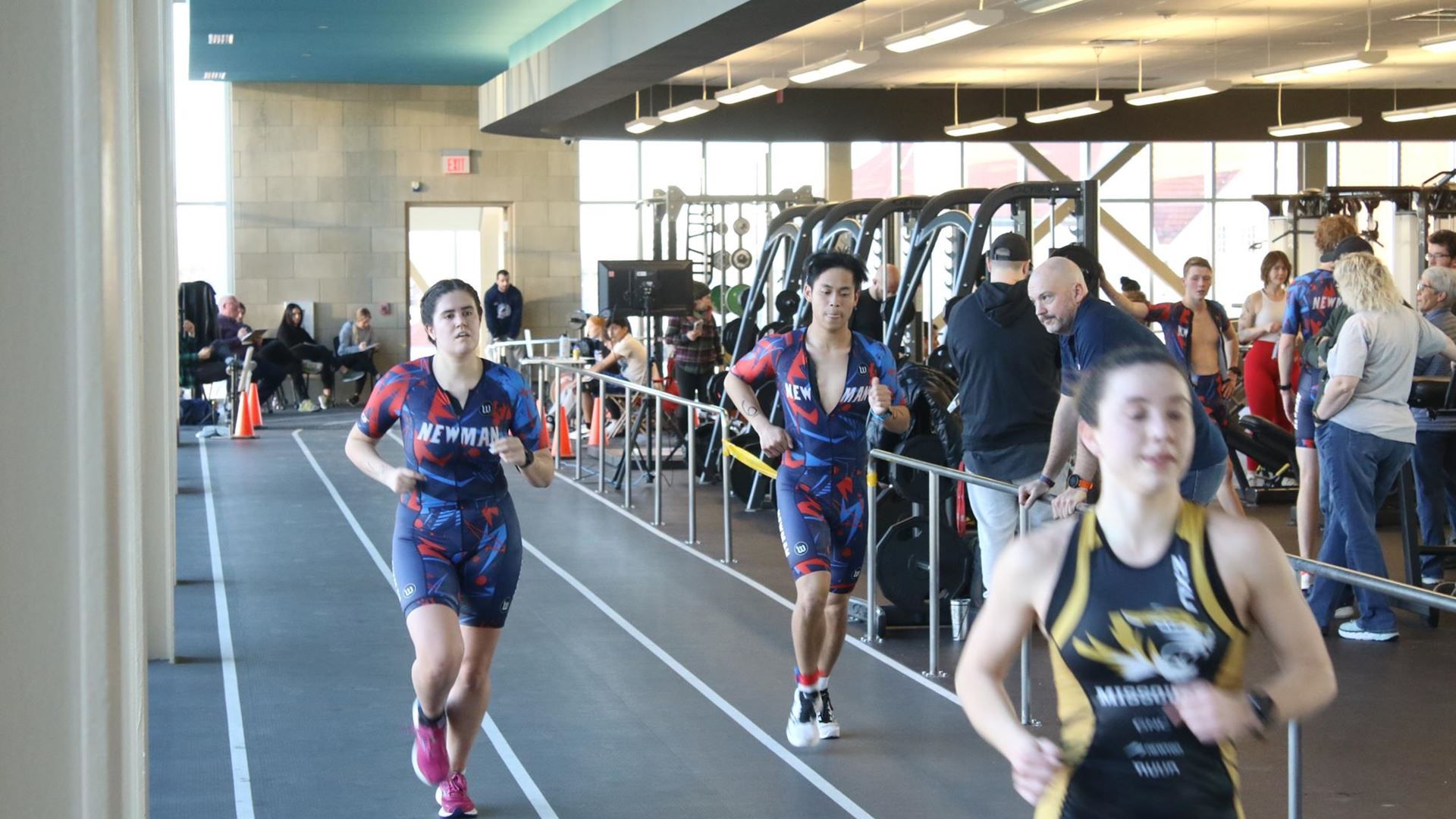 The men’s and women’s triathlon team competed at home last week, which is unusual since most of their meets are away, said Coach Jeff Lovgren. The event was the first home event in program history.

And being at home “is on another level” for his athletes, Lovgren said.

“It makes you want to push harder and try harder.”

That push could be seen coming from first-place winners Wyatt Mattas, who finished with a time of 35 minutes, and Ashley Salgado, who finished in 43 minutes.

The meet was held by the YMCA so family and friends who don't normally get to travel to away meets could see the athletes compete.

“Even though it’s not an official collegiate race, it's nice to show off two people that don't get to travel with us,” Lovgren said.

Lovgren said the team has another meet on Saturday in Wisconsin, so athletes will have to recover quickly.

“It's really hard on them,” Lovgren said. “It's tough to do this week in and week out.

“We are just making sure that we work on active recovery, doing a lot more technique focus type stuff as opposed to really pushing any kind of effort,” he said. “The athletes will recover a lot faster if we keep them moving around at a lighter pace.”

Recovery is not the only thing the team has to keep in its sights. Nationals are one month away “which is obviously the whole thing that we work for all year,” Lovgren said. “We want to be as ready as much as we possibly can for that.”

Nationals are April 1 and 2 in Lake Lanier, Georgia.