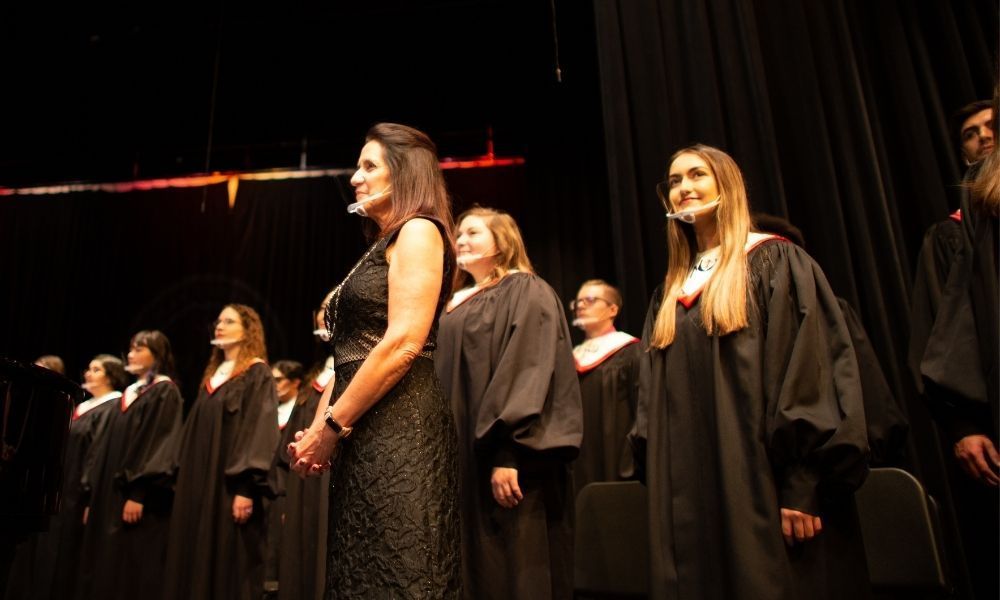 Things to know about the upcoming spring show

The annual Spring Music Show put on by Newman’s chorale students is coming up in a few weeks, and this year, there will be one big change.

The show, which this year is titled “It’s Time to Play,” this time has been written by four chorale students along with director and choreographer Deanne Zogleman. In the past, the show’s storyline was written by a local playwright.

The students who helped write the show, which has a game show theme, were seniors Austin Schwartz, Brenden Schwartz, Rebekah Lipinski and Allison Williams. Zogleman has selected all the songs. Student performers in the show will portray two families, one traditional and one nontraditional, competing in a game show.

There will be “lots of love and laughs as the families compete with some great music from the pop, Broadway and movie worlds” Zogleman said.

Rehearsals have taken place in class and outside of class for all semester.

The hosts of the game show will be portrayed by Asher Khokhar and Lipinski.

The non-traditional family, the Wellermans, will be played by Brenden Schwartz, Daniel Cubias-Arteaga, Austin Fullerton, Liz Raehpour and Austin Schwartz.

The game show director will be played by Junior Kimfuema.

Cast members say they are excited about the show.

“Being a writer and a performer has definitely made this show more personal for me,” Williams said. “Knowing just how much went into it has also given me more respect for playwrights in general. It is especially touching because the seniors were able to craft their last show together and make something truly special.”

Catherine Madison said that her favorite thing about the show is all the different songs that Zogleman included.

“I’m really enjoying getting to practice all the songs,” she said.