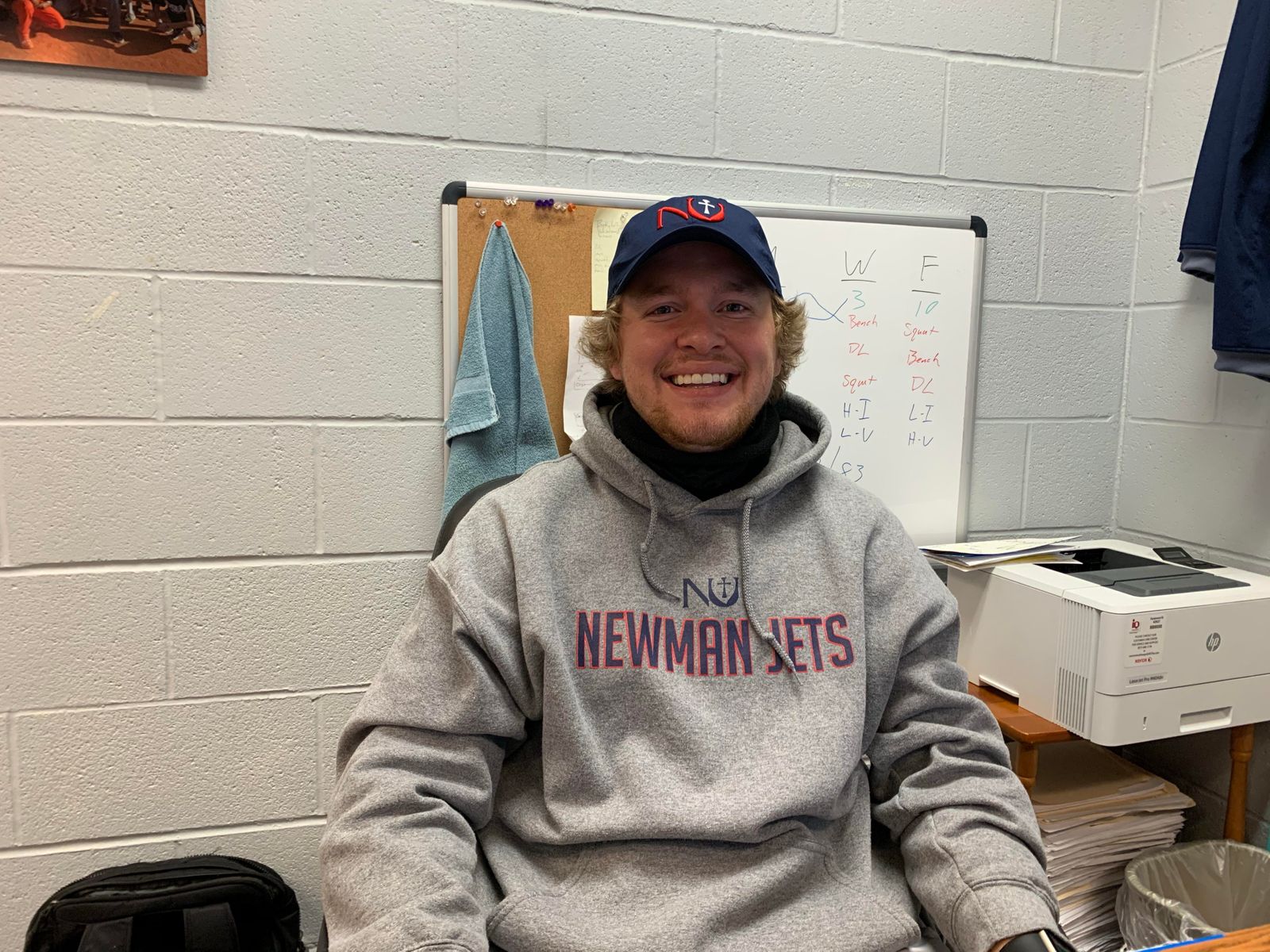 Newman’s weight room has just lost its third athletic performance coach in a year and a half to a Division 1 job.

Jones has worked with almost all of Newman’s athletes since he started in January of 2021. This year, he worked with women's basketball, wrestling, baseball, women's soccer and volleyball. When assistant athletic performance coach Brandon Strausser left for his new job at Eastern Kentucky three weeks ago, Jones took over coaching all remaining sports.

Jones said what he’ll miss most about his job at Newman is working with the athletes. His new job will have him working with University of Nebraska's women's soccer and spirit squad teams.

Jones said that he is looking forward to his new opportunity at Nebraska and especially to “being able to work with a smaller number of teams and to be able to really dive into each sport specifically.”

“He has really taught me a lot in my first year of college baseball,” Godfrey said. “I will definitely miss the redshirt lifts, and Hayden’s lovely music choices.”

The Ty-Rade: A look into my favorite statues on campus