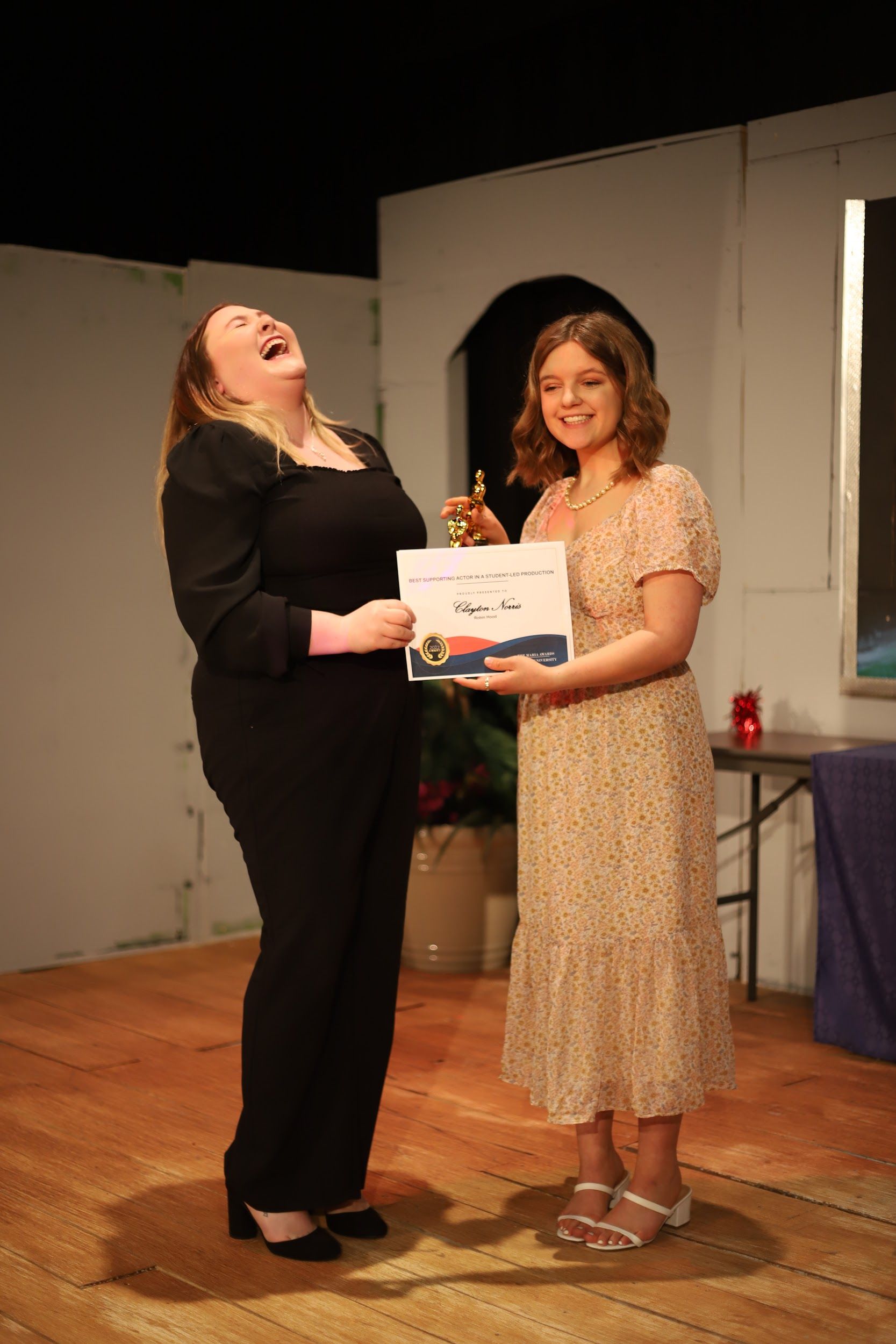 The whole student body and faculty were able to vote for the nominee of their choice for the selected categories.

The Maria Awards honor achievements in all aspects of theatre over the course of the school year.

Allsion Williams, a senior Psychology and Criminal Justice major, won 5 awards at the Maria Awards. She said she was both surprised and excited for the event's return.

“The Maria’s give us the opportunity to show appreciation for the people we share the stage with in a more formal way than usual,” Williams said. “I love this department because everyone truly wants the best for each other and wants to see each other succeed and the Maria’s are a platform we are able to utilize to show each other that support.”

Brenden Schwartz, the Treasurer of the Theatre club and senior Psychology and Theatre Major won three of the awards, but his play won five more awards for the actor performances in them.

“I am honored to get such a recognition from my peers,” Schwartz said. “I mean I’ve always been proud of my own work and the actors performances but that obviously comes with a sort of bias so it’s nice to know that what I’ve done is actually deserving of some recognition.”

Schwartz had high praise for those who acted in his award winning play, he said.

“I don’t think I could have asked for a better group of people,” he said. “I told both my cast for Hibema and Secret Origin of Mojo Man, ‘I didn’t win this. This was because of all of you.”


A list of all award winners is listed below:

Best Lead Actor in a Musical

Best Supporting Actor in a Musical

Best Supporting Actress in a Musical

Best Tech for a Musical

Best Cameo in Any Production

Best Tech for a Play

Spring Fling makes its return to the plaza today