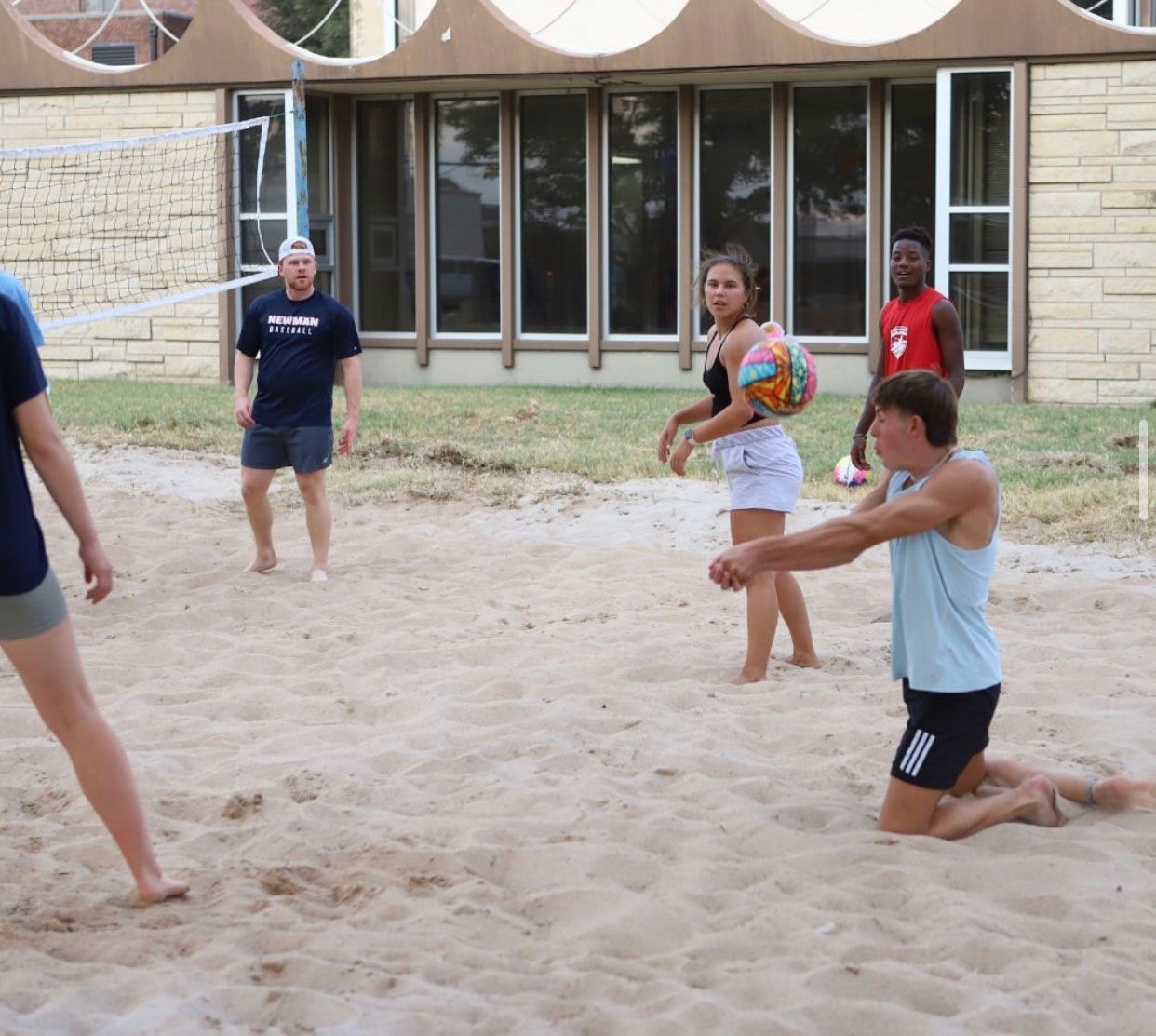 The sand volleyball courts outside of Merlini Hall that have sat unused for years are now back in action. On Aug. 20, Student Life hosted a Back to School Beach Bash for incoming students that featured a multitude of activities; a photo booth, cornhole, a water slide, basketball and sand volleyball.

Last February, the Student Government Association came to the consensus that it would no longer pursue improving or altering the sand volleyball court because it seemed like a lost cause. It was in a low-traffic area on campus and students did not seem all that interested. An initiative started in the 2020-2021 school year by past Vice President, Mac Foley. NOT SURE WHAT THIS FRAGMENT MEANS

But Newman’s new Director of Student Activities Kaitlyn Matthews said that she really wanted to have the sand volleyball courts open for the beach bash. Not only did they work with the beach theme, she said, but she also wanted students to have a space on campus to hang out and enjoy.

The first step was to clean all of the old sand out of the pit, she said.

“I worked with Paco (Gonzales) and our amazing maintenance team to import new sand and install a new net,” she said.

Freshman Annie Krempl said that she found the event fun to attend but she never got to play on the sand volleyball court.

“The court looked really fun to play in, but it was so popular that I never got a chance to play,” she said.

Instead Krempl made some new friends by playing volleyball in the grass using one of the new volleyballs Matthews got to go with the court.

Though the courts are ready, there is still landscaping work that needs done around them, Matthews said.

And now that there are toes in the sand, SGA might reconsider investing in the volleyball court, said Elizabeth Raehpour, SGA’s vice president.

“It’s definitely something we would consider,” she said. “I’ll be bringing it up at our next Security and Grounds Committee meeting to see if there is a senator interested in taking on the project.” Matthews said she saw the project as a way she could improve students’ lives.

“This was something that may seem small to others but super important to me,” she said. “I saw this as an impact I could do during my time here to make students happy and encourage (them) meeting each other.”

A freshman's guide to the Newman galaxy