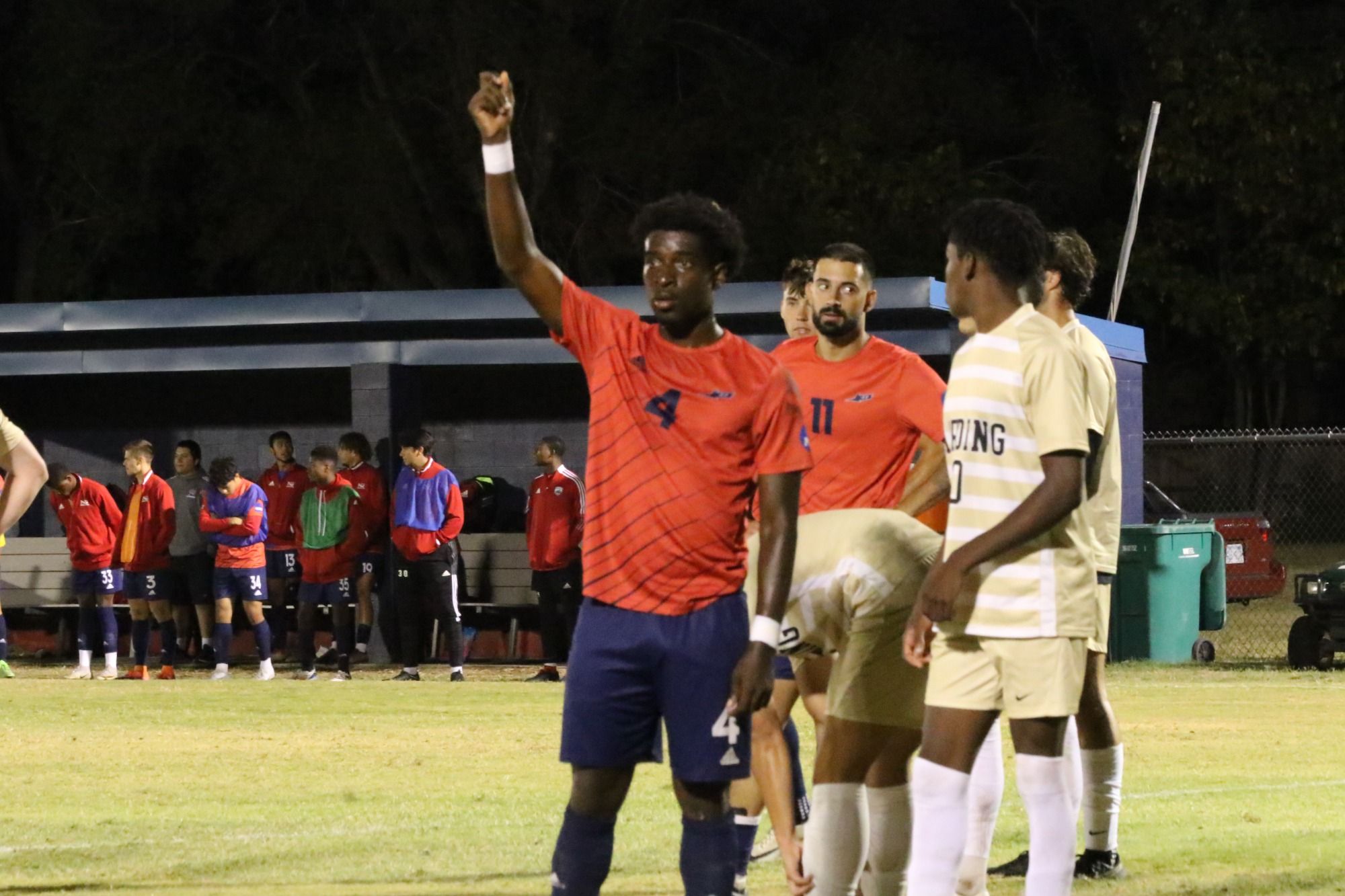 The Newman community continues to mourn Austin Madubuike, a 21-year-old junior soccer player who died unexpectedly after suffering a medical emergency on the bus ride home from a game at Ouachita Baptist in Arkadelphia, Arkansas, on Oct. 15. He died in the hospital in Ft. Smith, Arkansas, on Monday, and Newman alerted students and staff via email.

Since then, the Newman community has done a number of things to help honor Madubuike’s memory to help students and staff who are having trouble handling the news.

“He was very, very much loved by everybody,” said Madubuike’s coach, Cliff Brown. “He’s one of those kinds of people that everybody likes. He got along with everybody. There was nobody on the team that ever had an issue with him. He was a very positive individual.”

Madubuike, who was from Toronto, Canada, was remembered on Monday night with a prayer vigil and a rosary service. A memorial service is being organized by Sister Therese Wetta, though details are not available at press time.

The soccer team plans to retire Madubuike’s number — 4 — on Saturday at their home game against Rogers State, which starts at 3pm.

Newman also urged faculty to allow grace on assignments and course requirements for students who were in mourning and encouraged them to cancel classes or take personal time if needed.

A GoFundMe account to help with funeral and medical costs was set up this week by some of his best friends and as of Wednesday evening had raised around $12,200. It can be found at https://gf.me/v/c/44wn/austin-madubuike

Madubuike, who was a first-year Newman player who transferred from LSU Alexandria, scored his first goal of the season at the game in Arkansas. He suffered a seizure on the bus ride home from the game, was rushed to the hospital in Arkansas and remained in the intensive care unit until his death. Brown said that his mother, uncle and coaches were by his side in the hospital.

This week, Madubuike’s friends and coaches were remembering a friend they described as humble, critical of his own play and supportive of his teammates.

His friend and teammate Matthew Roberts, senior, said Madubuike — who lived on campus in Fugate — could always improve his mood.

“I'm not gonna lie: Even if I've had a bad day, I just need to spend 20 minutes with Austin and I'm fine because that's the type of person he was.”

Roberts also recalled one of his favorite stories about Austin that happened only two weeks before he fell ill.

“This man set off the fire alarm trying to cook fried chicken,” Roberts said. “This man was boiling a full pot of oil, and the best part is when I walked into his room because the fire alarm was going off, this man was fanning the WiFi box because he thought it was a smoke detector.”

The message that Brown said he wanted to share with the Newman community is one that he shares with his players every day.

“Every day is a gift,” Brown said. “Every time you step on the field, it's a gift. You never know when your last day is. And that's a fact. No matter how bad things seem, it's still a gift.”

For the love of all that is holy, please give us Holy Days off