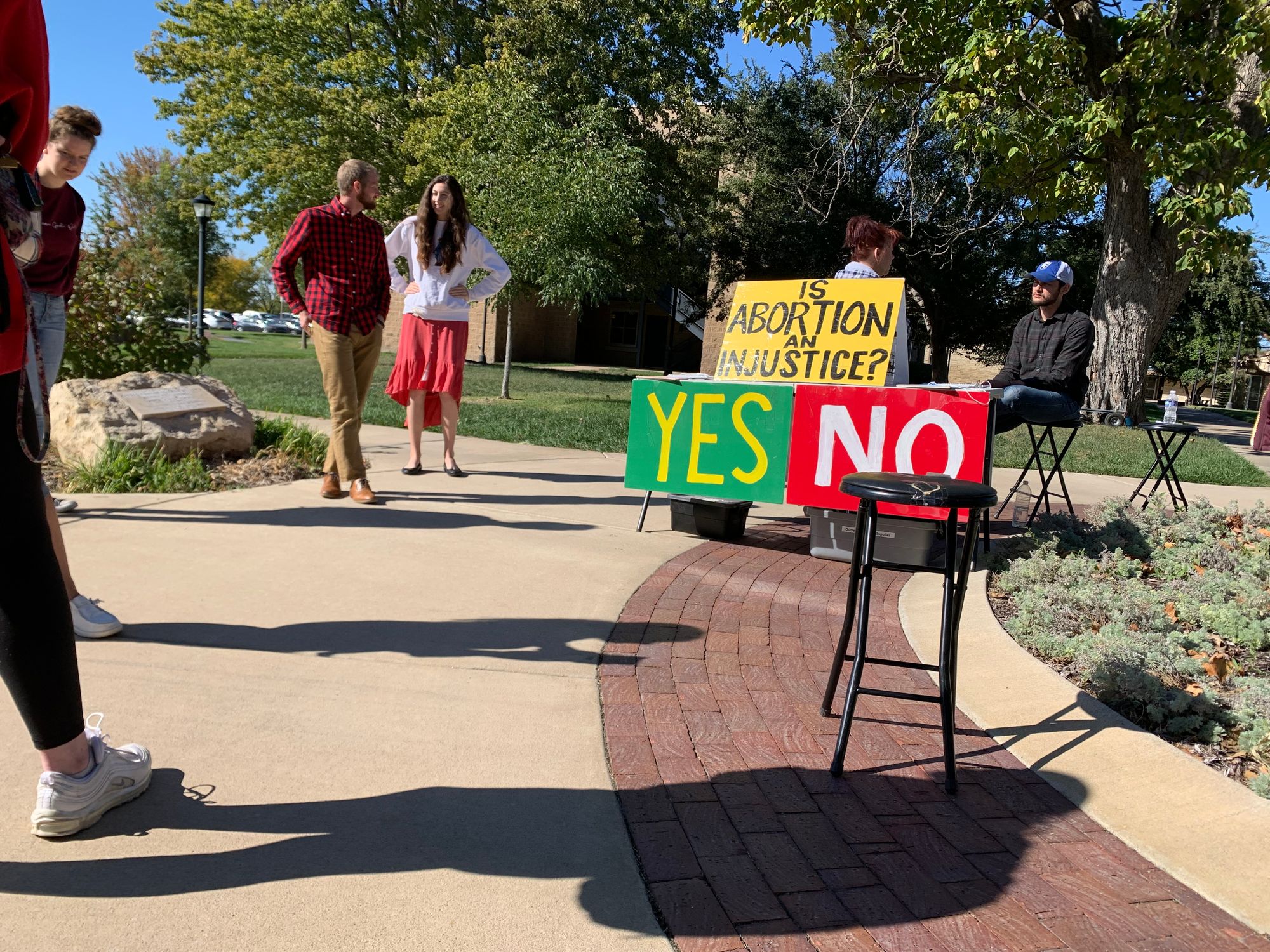 A proposed pro-life club that organizers said was aimed at educating students about abortion and how to respectfully speak to others about it has been rejected by the SGA club committee.

The club, proposed by freshman Kaylee McNeill, was rejected on Tuesday after weeks of meeting between organizers and the club committee. The committee told McNeill that they felt their was no need for the club on campus. Members of the club committee did not respond to messages from The Vantage about the decision.

Despite the rejection, McNeill said that she was planning to email a poll to students asking if they would be interested in joining.

The Value Them Both bill, which would have declared that there was no constitutional right to abortion in Kansas, was rejected by voters in August after Roe v. Wade was overturned by the Supreme Court, leaving states to decide their own laws on abortion.

Organizers of the club said they felt it was more important than ever to start the club because of the vote, said Marcus Lines, a junior and one of the co-founders of the group.

The goal of theclub, organizers said, would have been to create a place where students could learn about abortion in a group setting.

“I decided to create this club because I believe that more people need to be informed about this issue,” McNeill said.

Teaching the students how they can have respectful conversations with others about abortion was another mission of the club, organizers said, and. Lines said it would have hosted fundraisers and outreach events that would have allowed students to have open discussions on campus.

“We’d like them to be trained and educated before they go out and do something like that,” Lines said.

McNeill has said that the initial interest in the club had been promising and that organizers hope to reapply to the club committee soon.