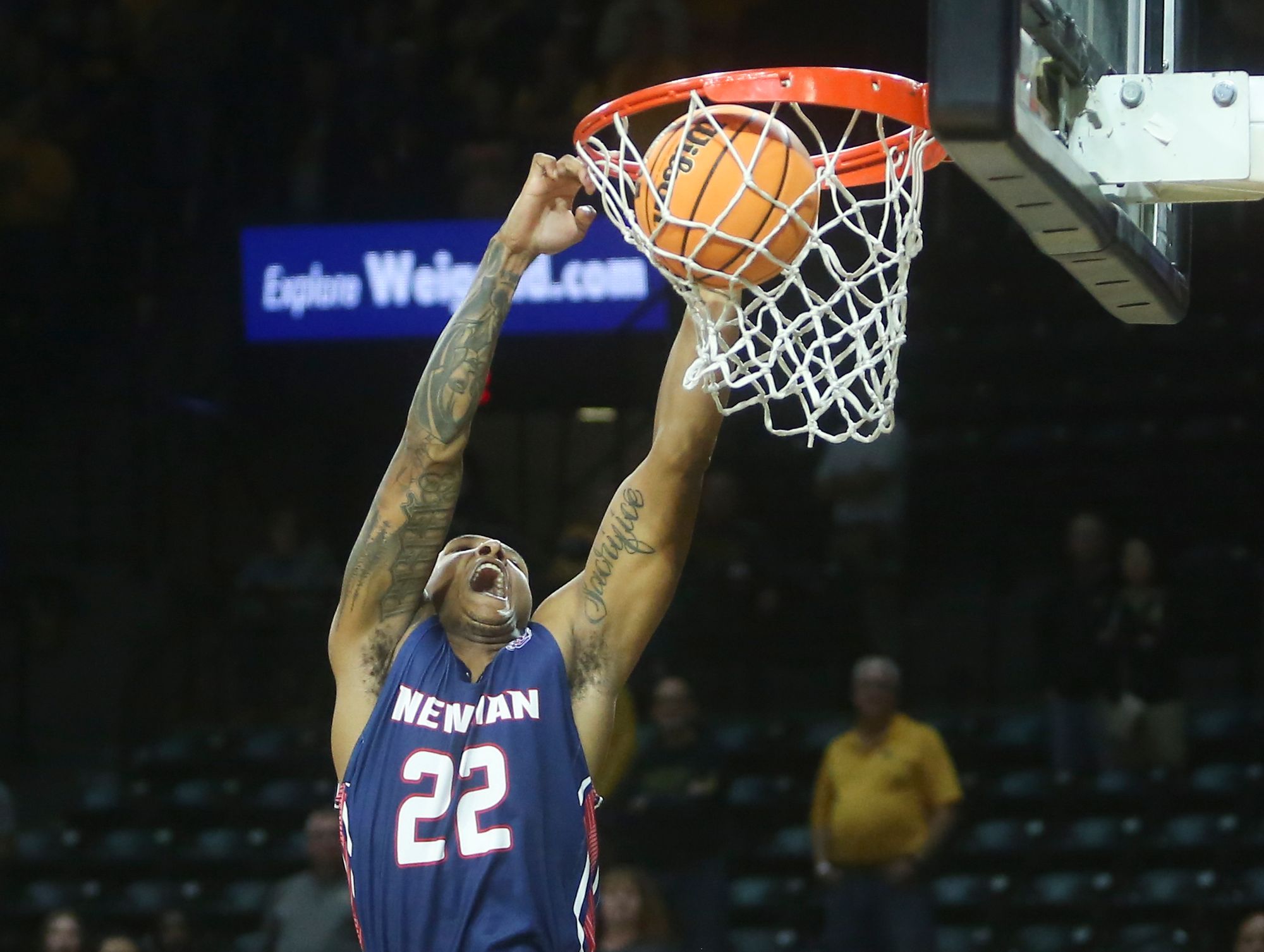 And although the Jets lost the game 83-52, the team had a good showing overall and got some valuable pre-season experience, head coach R.J. Allen said.

“It’s a great experience for the guys,” Allen said after the game. “They get excited. You know they watch TV, they watch Wichita State, they see Kansas, so to actually be in this type of environment, it’s phenomenal for them.”

The Jets actually scored the first points in the game with a free throw from Junior Stevie Smith. The score then went back and forth with lots of turnovers caused by fouls.

In the fourth minute of the game, Smith delivered a massive block on Wichita State's Gus Okafor. But that was the last bit of excitement that came from Newman’s side for a while, as WSU went on a 17-point run that was unanswered by the Jets.

Chuka Mekkam eventually helped Newman regain energy as he wrestled for a loose ball. Another game highlight: After a steal by Kwaku Agyapong, Newman’s Latik Murphy hit the first three of the season, leading to Newman’s longest scoring run of the half at 7.

At the half, Newman was down 40-32, and a big issue was fouls as Newman had 11 against WSU. But  Newman surprised the Shockers by keeping the game so close.

In the second half, the Shockers started strong going on a 6-point unanswered streak that was only shortly broken by a Newman three before the Shockers put up five again. Turnovers were once again an issue in the start of the second half, and each one led to a Shocker basket. Even though Newman kept chipping away at the score, it was not enough, and the Shockers kept expanding their lead.

Allen said he credited the Jets’ first-half success to the new faces on the team.

“Going in last year in the offseason, there were a couple areas that we wanted to address for our level,” Allen said. “So from that aspect, (I’m) pleased with what we were able to put together. Now it's actually putting it together for a new group. So that's where we’ve got to watch a ton of film, continue to get better in our roles and responsibilities and just kind of go from there.”