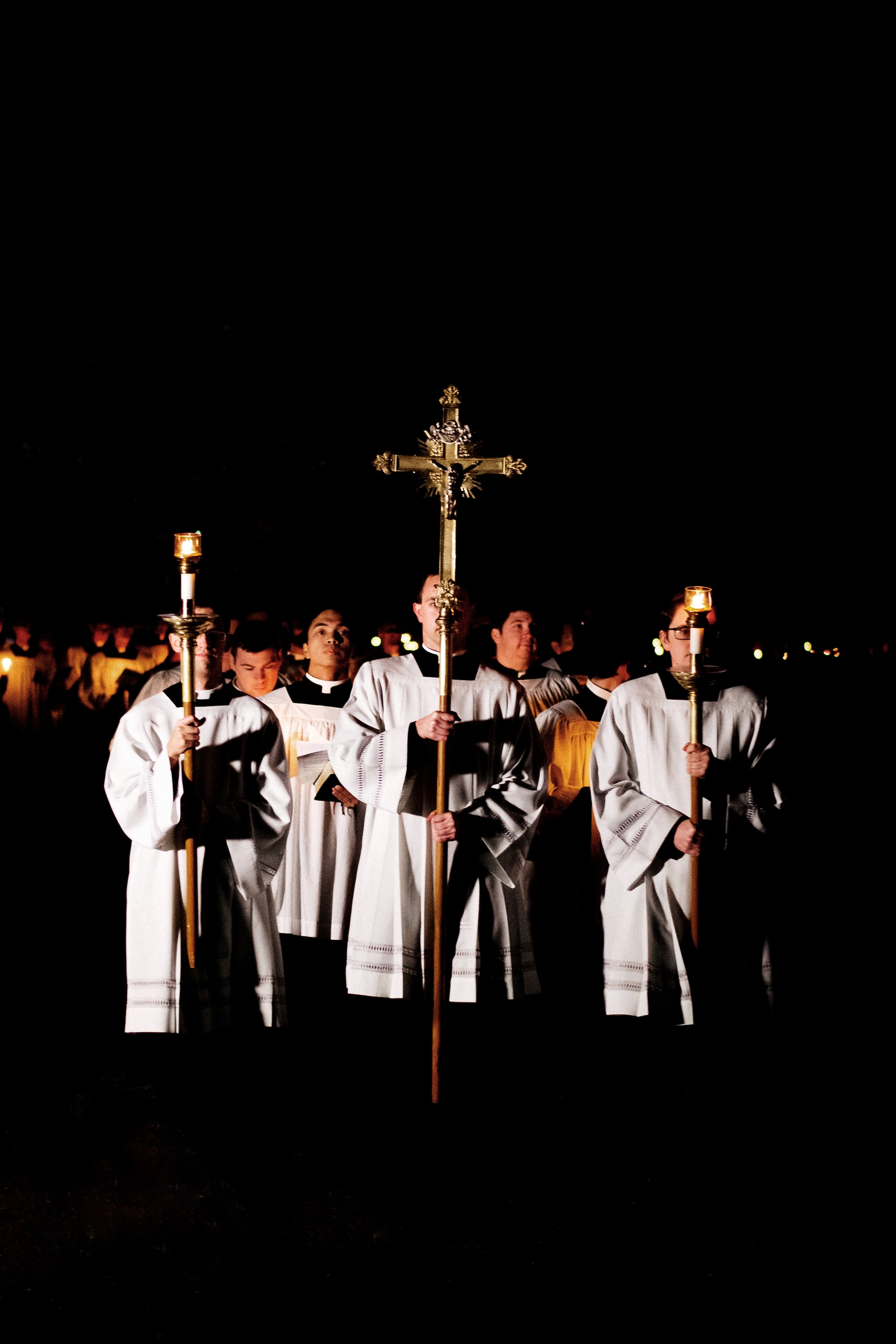 It’s hard to believe that there was a time when you could walk across campus without spotting a cluster or two of seminarians in their red, white or blue shirts. Chances are that you’ve had at least one class with a handful of them, or if you haven’t yet you will eventually. There are multiple reasons I’m appreciative of their existence, and I’m going to try and condense those reasons into one article.

In case you don’t know – seminarians are men who are studying and discerning the priesthood. Recently, the Diocese of Wichita started sending the new seminarians to Newman to receive their bachelor's degree before moving onto the major seminaries where they’ll study even more before finally becoming priests

One of the reasons I like that they’re here is that they help keep us conscious of our university’s identity – We are a Catholic university, after all. Seeing potential priests on a nearly daily basis helps us remember that. Secondly, as a nerd, I appreciate having them in classes with me. I’ll concede that some of them are more excited to study than others, but in general, they’re engaged to some degree, and when my classmates are engaged, I’m automatically more engaged. So they help me be a better student. They also make classes way more entertaining. Today in class, I heard the sentence, and I’m not joking, “Let’s trigger the zombie apocalypse” from a seminarian.

Thirdly, not only do they help me be a better student, they also help me be a better person. I know that this might apply more to me and the rest of the people who are around seminarians more often, but I would argue that even if you have a class with them and barely talk to them, they still affect the way you interact with the world around you. Regardless of how they conduct themselves, they are a visible sign of pursuing God and the will of God, and as such they cause us to reevaluate ourselves in terms of our own piety.

And, finally, they’re just some of my favorite people ever. Some of my dearest friends on campus are seminarians, and they’ve had to put up with me in several classes now. I know that no matter how silly the topic, they will be willing to discuss or argue just about anything with me. Granted, they might let you learn how to make coffee the hard way, and they might be somehow really really good at Wordle, but I still appreciate them and their presence.

Thank you, dears, for putting up with me.