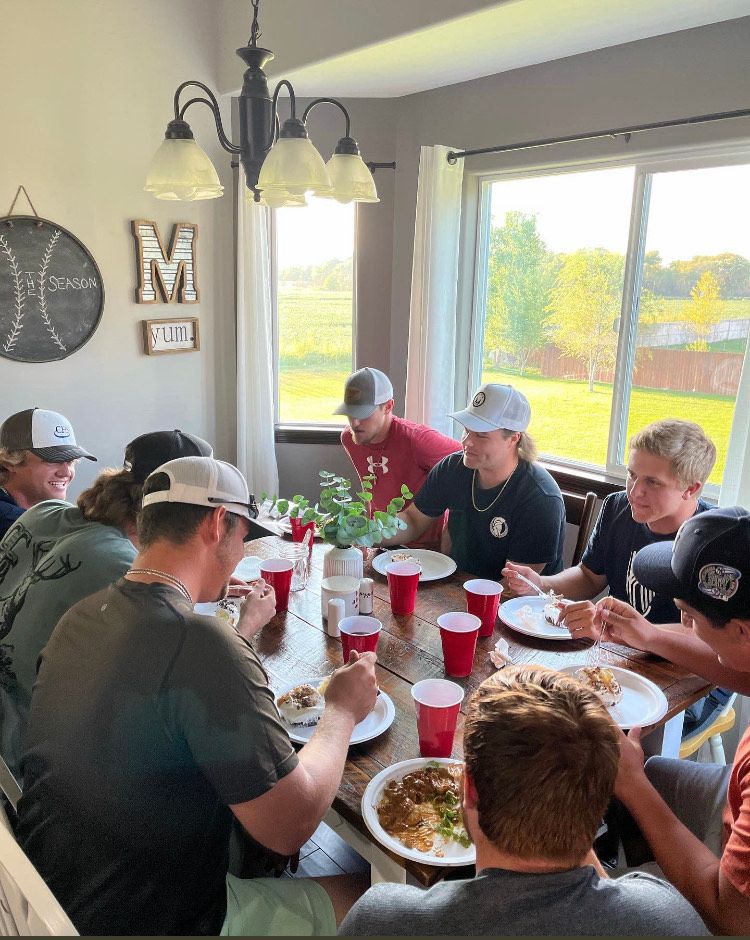 Newman baseball has been following a unique tradition for the past several years. Every Sunday night, a few of the players eat dinner with their head coach, Drew Maus, and his family.

The tradition started when Maus joined the team in August 2019 as a way for him to get to know the players. Maus said that while at his previous job at Henderson State, his boss hosted weekly dinners with the team to let them get to see the part of him that was not a coach.

“That’s what we preach is family,” Maus said. “What better way shows that than inviting players over to our house, eat dinner, and have my kids trick them into playing Fortnite and Madden with them.”

Maus’s wife and two sons join them for dinner and the meals are usually prepared by them. The meals range from enchiladas to burgers and around six players sign up for the one that sounds best to them every week on a rotating schedule.

Maus also said that it helps the players get to know each other better. Justin Durnil, who is a pitcher and has been a part of the team for three years, said he enjoys getting to know everyone off the field.

“I think this helps the team since we get an opportunity to see both our teammates and our coach outside of practice,” Durnil said.

In addition to the weekly dinners, the team often gathers at Maus’s home for Easter. The holiday falls during the middle of the team’s season and the players do not usually have the opportunity to go home. Instead, the team is invited to celebrate Easter with Maus and his family.

Maus said he enjoys the time the dinners allow him to spend with his players.

“I love these guys, and it’s been a pleasure to be around them every day and coach them,” Maus said.