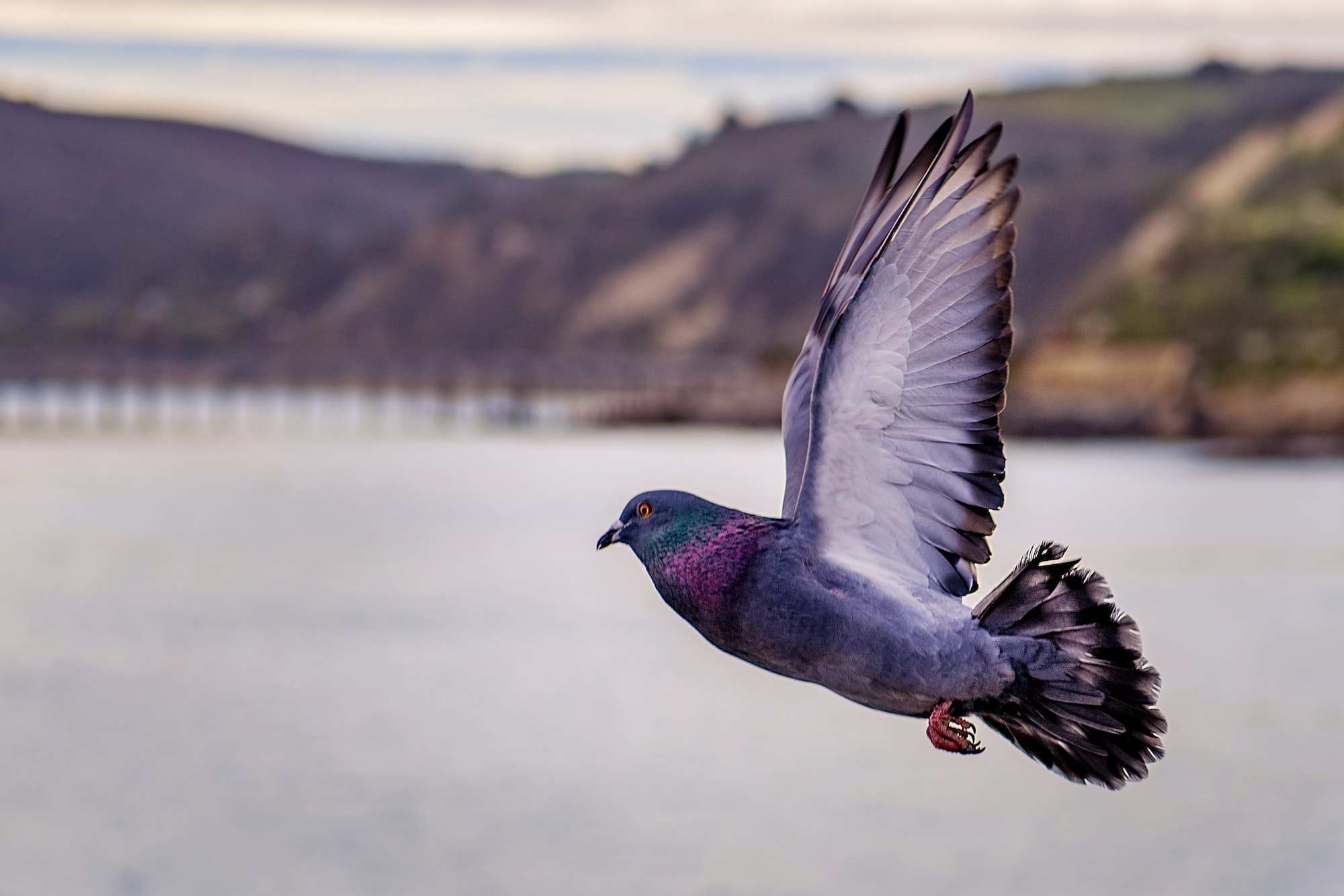 I didn’t have any super strong opinions that I needed to let out this time around, so y’all are off the hook, at least for now. I will however bravely posit an opinion that may seem less important to you but is most definitely important to me.

Pigeons don’t deserve the low place in society that we give them.

I know I know, that was kind of a big truth bomb to drop on y’all on a Thursday. But hey, it’s your fault for reading this article.

Generally when we think of birds, we have a couple poster children – er, chicks – that we turn to. The bald eagle is obviously a symbol of America and is large and majestic. Cardinals are pretty and a sign of Christmas and the holiday season. Flamingoes immediately transport one to sunny beaches. Blue jays are commonly recognized, although some might think their squawking is slightly annoying. And sparrows, small and brown, often blend into the background, but bring a spark of joy when they’re noticed.

And then there’s the pigeon. “Rats of the sky,” you might be tempted to just associate them with the less-than-ideal parts of city living. Images of dirty streets, frustrated drivers who just washed their cars, and a constant low cooing might be the first (negative) connotations that come to mind.

But darlings, this bias is a product of our culture, and the pigeon does not deserve such disdain.

Think about it. If you hadn’t been trained to be disgusted by pigeons, what is there that inherently separates them from the rest of the bird world? They’re even in the same family as doves – columbidae – and we hold doves in a very high place of regard as harbingers of peace and simple beauty. (There are some who would fight me on their relation to pigeons. You know who you are. Write your own article in response if you dare.)

But maybe my word isn’t enough for you, so I brought in some experts. Pigeonpedia says that pigeons contribute to five major factors in our lives: 1.) They help disperse seeds. 2.) They help control insect populations. 3.) They remove waste from our streets. 4.) They make great pets. 5.) They can be used for homing.

That last reason seems slightly less useful in a day of texting and emails, but hey, maybe that’s where our society has gone wrong. We have how many pigeons in our cities? And how many emails are sent in those cities? And how much unneeded stress is caused simply by looking at a full inbox? I’m just saying, there seems to be some untapped pigeon potential just gently cooing at our feet.

I don’t think I’m in a place to have a pet pigeon currently, but I am seriously considering looking into it when I graduate. Just think, I could name him Barnaby, and he and I could do everything together. He would be so pretty, with his gray feathers and iridescent neck. I can see it now — a good novel, a blanket, a window seat, rain gently falling, and a pigeon sitting with me. *Small happy English major noises*

Maybe I’ve convinced you, maybe I’ve not. Either way, I hope your mind is at least open to giving our not-so-foul fowl friends a chance. And if you happen to know someone who has a pigeon for sale, let me know.