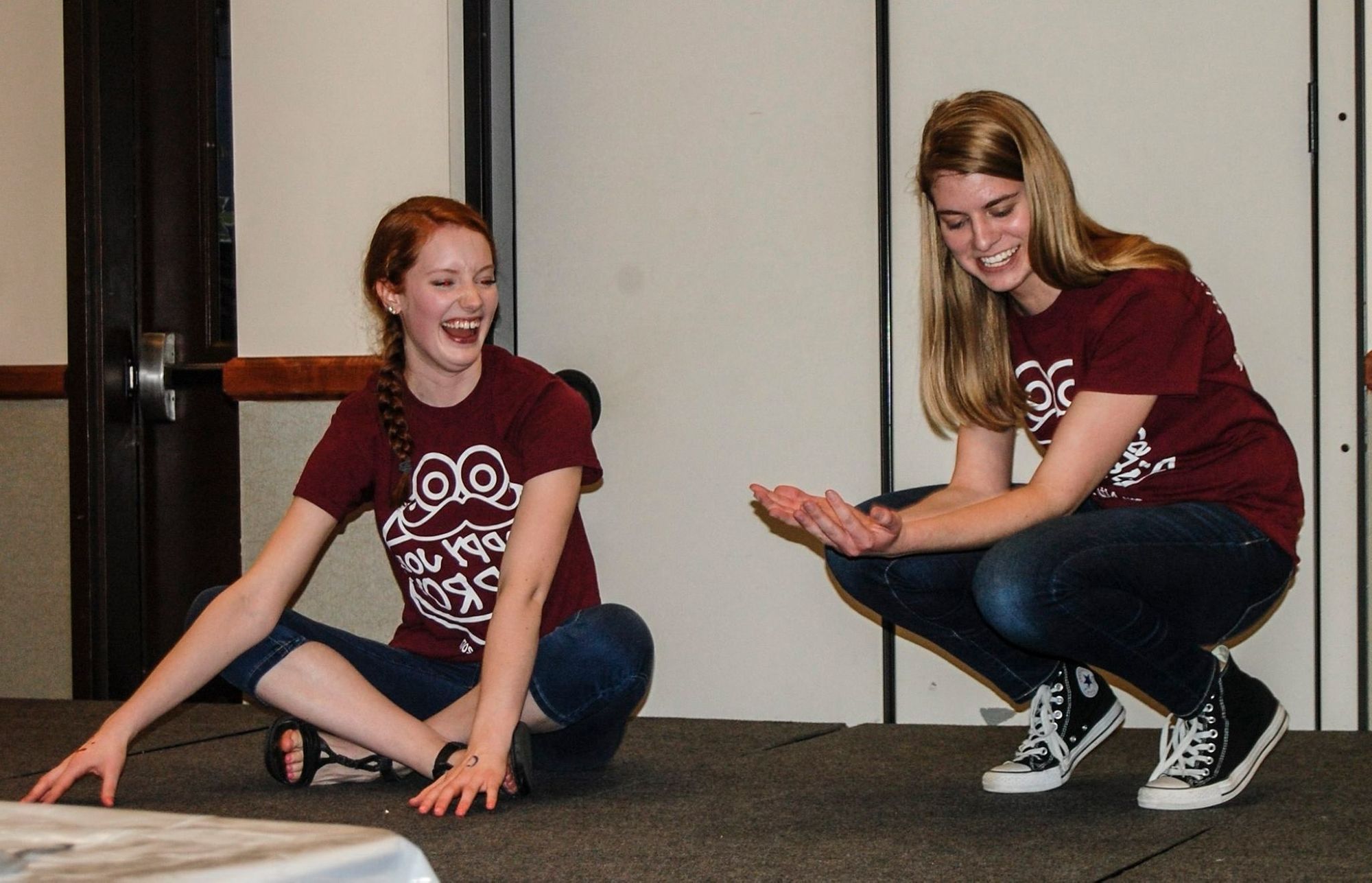 The Sloppy Joes have a new crew, but that doesn’t mean things are going to get, well, sloppy.

Returning member and Senior Clair Setter said she is excited and has high hopes for the incoming Joes.

“I have a great first impression,” Setter said. “They all seemed experienced in improv and had a great energy, accents, and overall specificity for a good scene.”

The new freshmen have said they are excited to join a group where they get to express themselves.

Freshman Katie Stanford participated in improv for three years at her high school and knew she wanted to try out for the team after orientation.

“I’ve always loved improv,” Stanford said. “When I saw them performing at orientation, it made me even more certain that being apart of a group like this would be a lot of fun.”

Stanford said she is excited to be on the team and to be developing her skills.

“I’m super excited to be able to work with everyone, get to know them all, learn new improv skills and games, and have a great time overall,” Stanford said. “I know that I will.”

Freshman Clayton Norris participated in two years of improv in high school and thought it would be fun to do in college. The energy of the group, both new and old, was something he said he recognized.

“Everyone was really friendly,” Norris said. “I just noticed that, even the new people and even those who hadn’t really had any experience doing improv, were just a lot of fun to work with, and there was a sense of enjoyment that comes working with a new group.”

Norris said he is excited to meet other people and get to practice on a “more experienced level.”

Freshman Matthew Clark participated in drama club in high school and thought the Sloppy Joes would provide a positive break from school.

“I suppose I simply have a thirst for theater, and I thought it would be best to give myself the occasional break from my writing and scientific studies,” Clark said.

Clark said he can’t wait to share his personality with others.

“What I anticipate with great enthusiasm is being in front of a crowd, making people laugh, and forming friendships with my fellow troupe members,” Clark said.

Senior Amy Emerson, a co-captain of the Sloppy Joes, said she is ready to welcome the newbies.

“Each of the new members brings their own unique abilities as well as a willingness to learn and try new things –which cannot always be taught.”

Emerson invites all students out to their first show Sept. 28 in collaboration with Multi-Cultural Leadership Organization. The show will be during MCLO’s Cultural Extravagnza in the Dugan Conference Center, allowing students to watch the Sloppy Joes with “five new twists and flavors.”