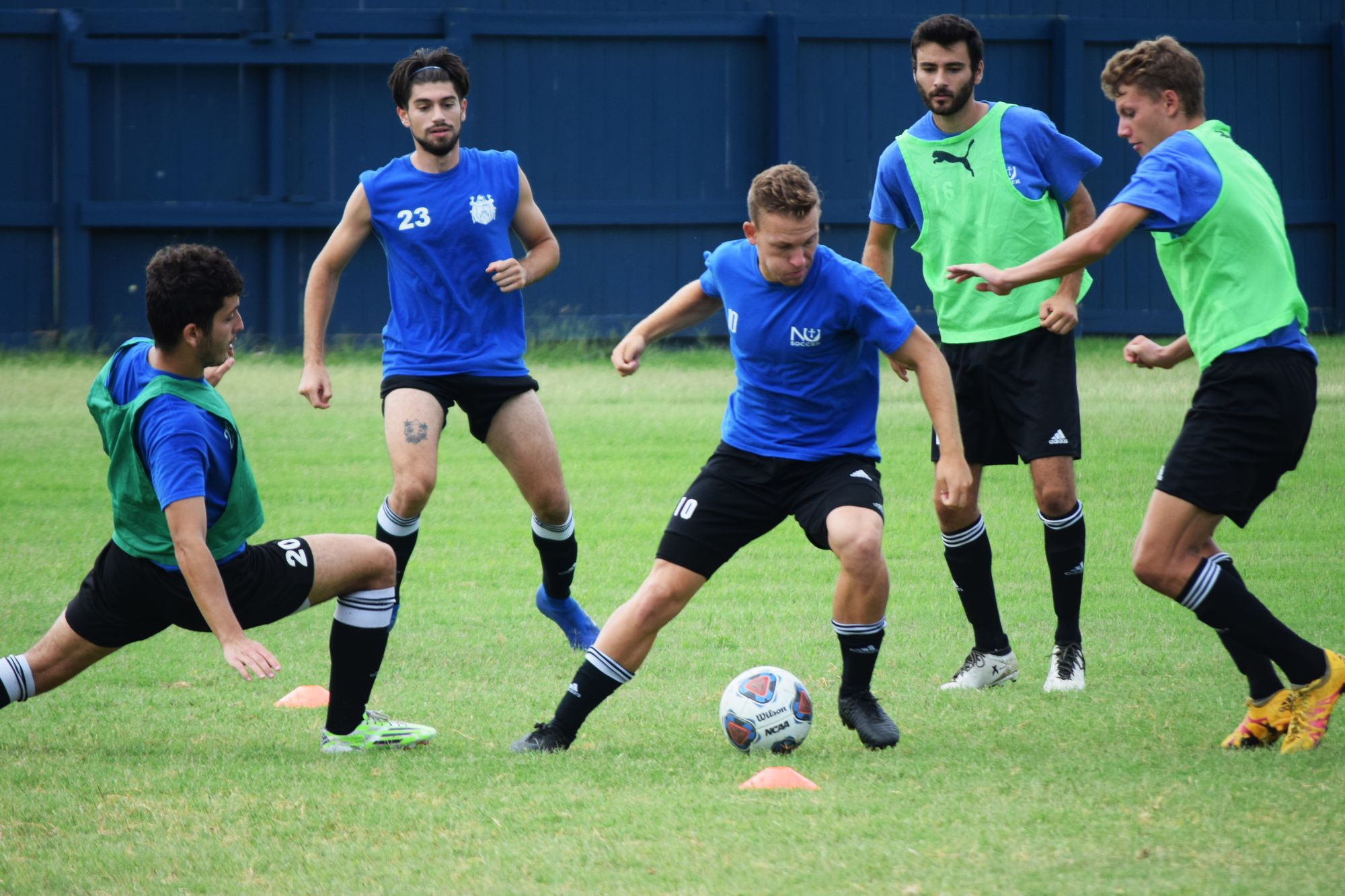 More than half of this year’s Newman men’s soccer team is made up of players who came to Newman from out of the country.

Out of the 25 players on the roster, 15 are international players, coming to Newman from 10 different countries, including England, Spain, Italy, Germany, Argentina, Brazil, Iceland,Canada, Sweden and France.

Head Coach Cliff Brown and his staff worked through various modes of recruiting the international athletes for the team, he said.

“They all provide highlight videos. My staff and I have watched hours and hours of player video,” Brown said. “If we like what we see, we contact the [recruiting] agency or the athlete directly.”

The work put in by the coaching staff had led to a diverse team that is ready to take on the season.

A team full of players from so many different cultures has faced few challenges, members of the team said.

“So far this season the biggest challenge we have faced has probably been the language barrier,” sophomore goalkeeper Chase Bowman said. “Even though it has been difficult, the team is really proud of each other for learning to help communicate and to help others learn the language as quickly as possible.”

Not only has the team had issues with communication, but they are also facing difficulty getting some of the new international athletes cleared through the NCAA Eligibility Center.

“They are making much more thorough investigations of international players this year, so we have had four players yet to compete in a game,” Coach Brown said.

Although it may be frustrating to have teammates unable to compete, freshman midfielder Davide Panucci, who came to Newman from Italy, said he is still focused on working towards success.

“We are training well and the victories will come, but we must continue to practice in this way even while waiting for some of our teammates [that are] still not eligible,” Panucci said.

Despite the challenges, both players and coaches alike say they have high expectations for the year.

“I’m really looking forward to the new attitude and culture that this team is going to bring,” Bowman said.

Even though the languages and cultures may be different, the team is still working to create one culture and one family.

“Coach Brown, all the staff and my teammates have made me feel part of a family since the first day: the Newman soccer family,” Panucci said. “At the end, the ball is round here like in Italy, so I’m not worried.”