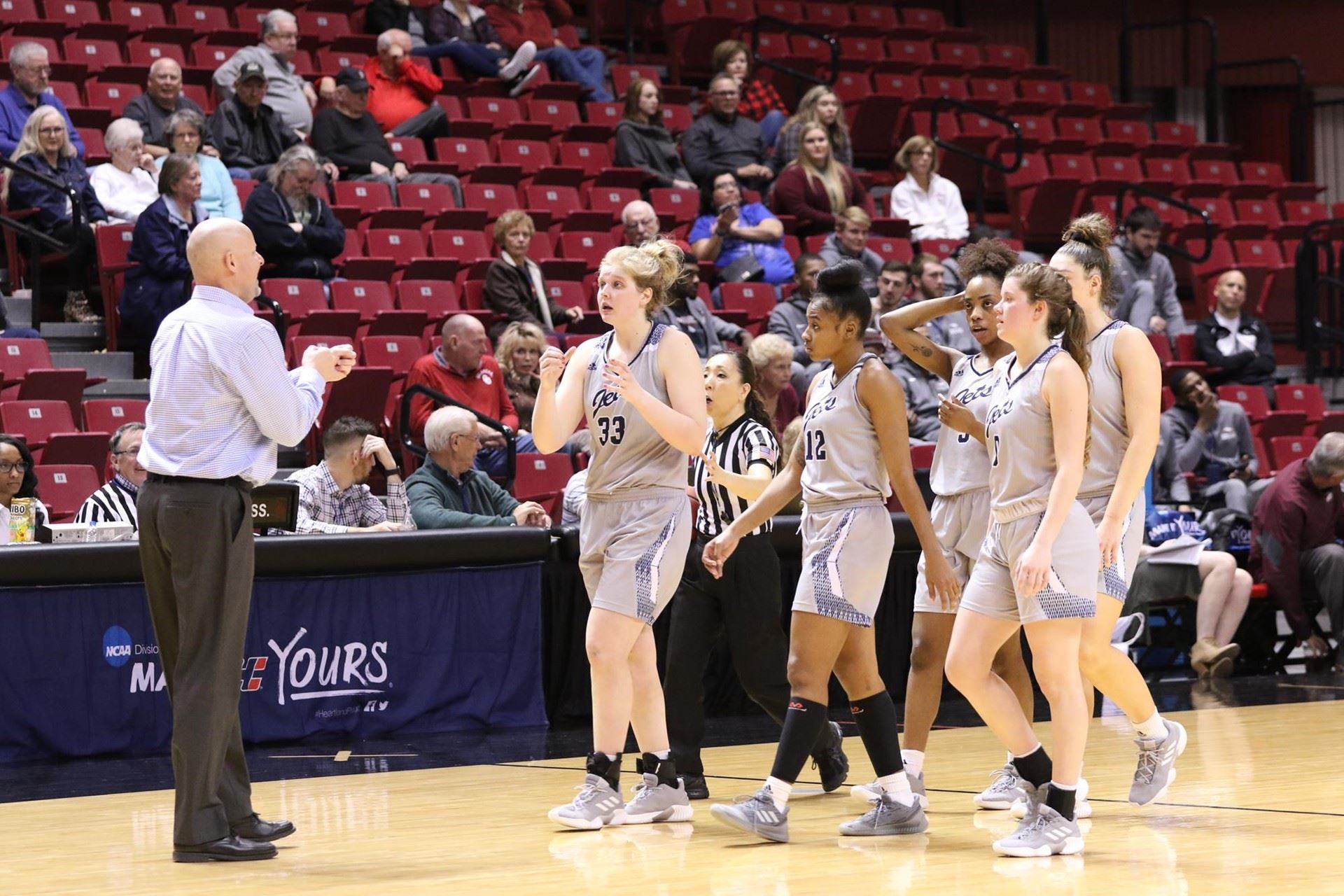 Over spring break, both the women’s and men’s basketball teams finished up their seasons at the Heartland Conference Tournament.

The women’s team advanced to the championship game but fell short of the title in a 78-51 loss to Lubbock Christian and the men’s team fell in the first round of the Heartland Conference Tournament in a 70-61 loss to Rogers State.

Darin Spence, the head women’s basketball coach, said that the Lady Jets played well in the tournament and went beyond what they all thought possible.

“We played like we have most of the year, with our fight and team chemistry leading the way,” he said.

Despite the loss, Spence said he is proud of the Lady Jet’s overall performance this season.

“All in all, we celebrate the great season we had,” Spence said.

This was the last time the Lady Jets will compete at the Heartland Conference Tournament because next season the team will compete in a new conference, the Mid-America Intercollegiate Athletics Association.

Heading into the MIAA, Spence said the team is confident in its ability to compete at a new level and is excited about the challenge.

“We, inside our program, know how to get this done and the steps we need to keep taking to build it the right way,” he said.

In addition to developing their program, Spence said that to have success in the MIAA, the team needs investments from the university as well as commitment from fans.

“I am hoping that our campus will get excited about this league and show up in great numbers to all our home games and help be the sixth man we need,” he said.

R.J. Allen, the head men’s basketball coach, said that the loss in the first round of the tournament was tough but that the team fought hard.

“We were a little disappointed. We had such a great season. Our guys played really well but that particular night we didn’t shoot the ball great,” he said.

With high expectations going into the season, Allen said that overall he is proud of the team’s performance and is looking forward to the future.

“This team works extremely hard to meet our expectations and we came really close. We are excited about where we are at and even next year we are going to try to raise the bar of expectations,” he said.

“All four of these guys did a tremendous job for us this year,” said Allen.

The men’s team will also be heading into the MIAA next season.

Allen said that he expects the MIAA to be extremely competitive but that he and the team are eager for the challenge.

“The level of play is going to go up tremendously but we are excited about what we are doing, where we are at and the direction that we are going moving forward,” Allen said.

THE NEWMAN GRIND: Hot or not? They’re giving it their best shot