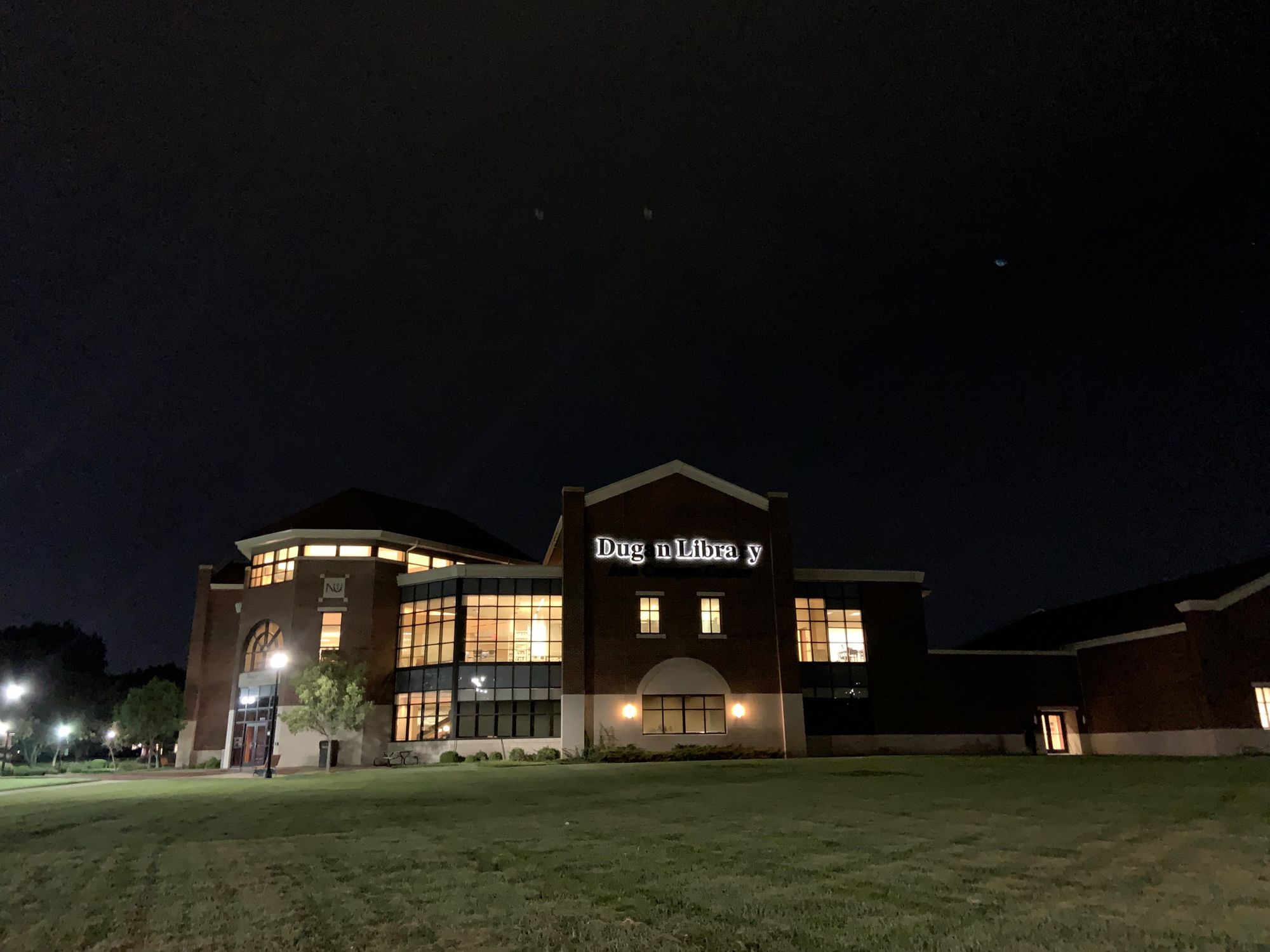 There's a light at the end of the tunnel... and it's expensive

Newman has a gorgeous campus. Verdant lawns and exquisite landscaping unite the dramatic mix of old and new buildings. At night, Newman is transformed into a picturesque 20th century park with wrought iron lamps to brighten delightful paths. However, some lights are going dark: specifically, the sign over Dugan Library.

Last year, I chuckled every time I came to campus at night to see the words, “Dug n Library.” I thought it was providential; the only way I would make it through finals was to entrench myself next to the second floor bay window. By second semester, the chuckle became a derisive snort, wondering why I still studied at Doug’s Inn.

Over the summer, when enrollment fees came up, I noticed a surprising and seemingly unused fee: $75 for maintenance. Sure enough, when I drove by campus in late July, some of the library's lights were out, and I was furious. With more than 2,000 undergrad students, Newman surely could part with a fraction of the $150,000 in maintenance fees to fix up the lights. Of course, only a fool gives vent to anger, and I met with Bruce Sanderson, director of maintenance, for enlightenment.

“The Dugan Library sign is backlit by neon lights,” Sanderson said. “Within Dugan is a control panel that handles all the exterior lights on Dugan.” This control panel has already been examined, he said, meaning it’s an issue with the lights themselves. Fluorescent lighting has never been well-equipped to handle temperature fluctuations or humid conditions. This leads to flickering, and worse, burned bulbs.

That doesn’t mean it’s lights out and nothing can be done.

The better solution is to update the whole sign to LED.

The Fugate Gymnasium, Beatta, Fugate, Carrocci, and much of the parking lot lighting has been updated to LED lighting, he said. Besides handling the elements and having better response times, “LED lights are 60 % cheaper to operate and last up to five years,” Sanderson said.

Rather than taking the approach of state-funded schools, who have bottomless budgets, Newman has the philosophy of most non-profits: If it ain’t broke or causing long-term damage, don’t fix it.

“We update when the cost of repair no longer outweighs the cost of replacement,” Sanderson said. “We do have emergency funds, like if security were an issue.” Otherwise, replacements are made on a regular basis.

Even if Newman were to have the money to make vanity fixes and repairs on a whim, it is more prudent to make non-critical light repairs in one sitting.

“The trucks they use to repair lights are massive,” Sanderson said. “That heavy truck can destroy sprinkler lines and tear up sod if the soil is too wet. We try to fix lights around daylight savings time, this year on November 3rd. ”

Until the Dugan Library sign can be replaced, we’ll simply have to keep making light of a dark situation.