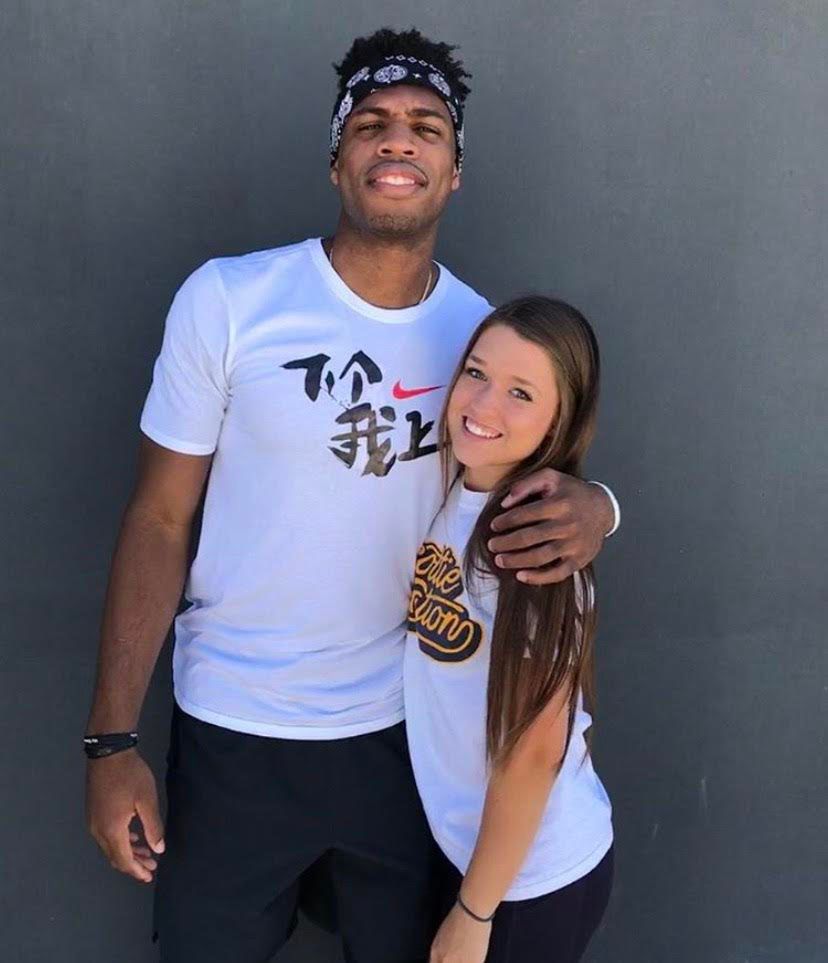 This Newman student has NBA player Buddy Hield for a bestie

Most people don’t meet more than a few celebrities throughout their lifetime but some people, like Newman student Hope Eckley, grow up with one.

Eckley met and befriended Buddy Hield, who is now a NBA point-guard for the Sacramento Kings. They met when they attended Sunrise Christian Academy in Wichita together.

“I introduced him to my family and my family loved him and we went to all his basketball games,” Eckley said.

After becoming close with the Eckley family, Buddy was invited over for holidays and breaks, Eckley said.

“We got to be like brother and sister and got to do a ton of stuff together. If he needed something, we had his back,” Eckley said.

After Hield graduated and moved to the University of Oklahoma for college, the Eckleys still kept in contact with Hield.

“We would go to all the games. It was really cool,” Eckley said. “We had family tickets so we sat right behind the bench.”

Even after Hield was signed into the professional league, Eckley said, not much changed in terms of their friendship.

“Everybody is always like ‘Oh my gosh, you’re friends with Buddy,’ but to me, it’s like, we always call each brother and sister. He seems like a part of my family,” Eckley said.

She said Hield still comes to Wichita every summer to visit her family and give back to the community.

“Every year he wants to give back to his city so he does a basketball camp for kids. It’s not really about him teaching them, it’s just them getting to know him. And watching him interact with the kids is so cool because he genuinely cares about each one of them,” Eckley said. Eckley hasn’t been able to go to one of Hield’s NBA games yet, but said she plans to in the future.

“He’s just like the most genuine guy you’ll ever meet. He knows Wichita is where he started and he knows that all the people in his life are the people that helped him get where he needs to be now,” Eckley said.