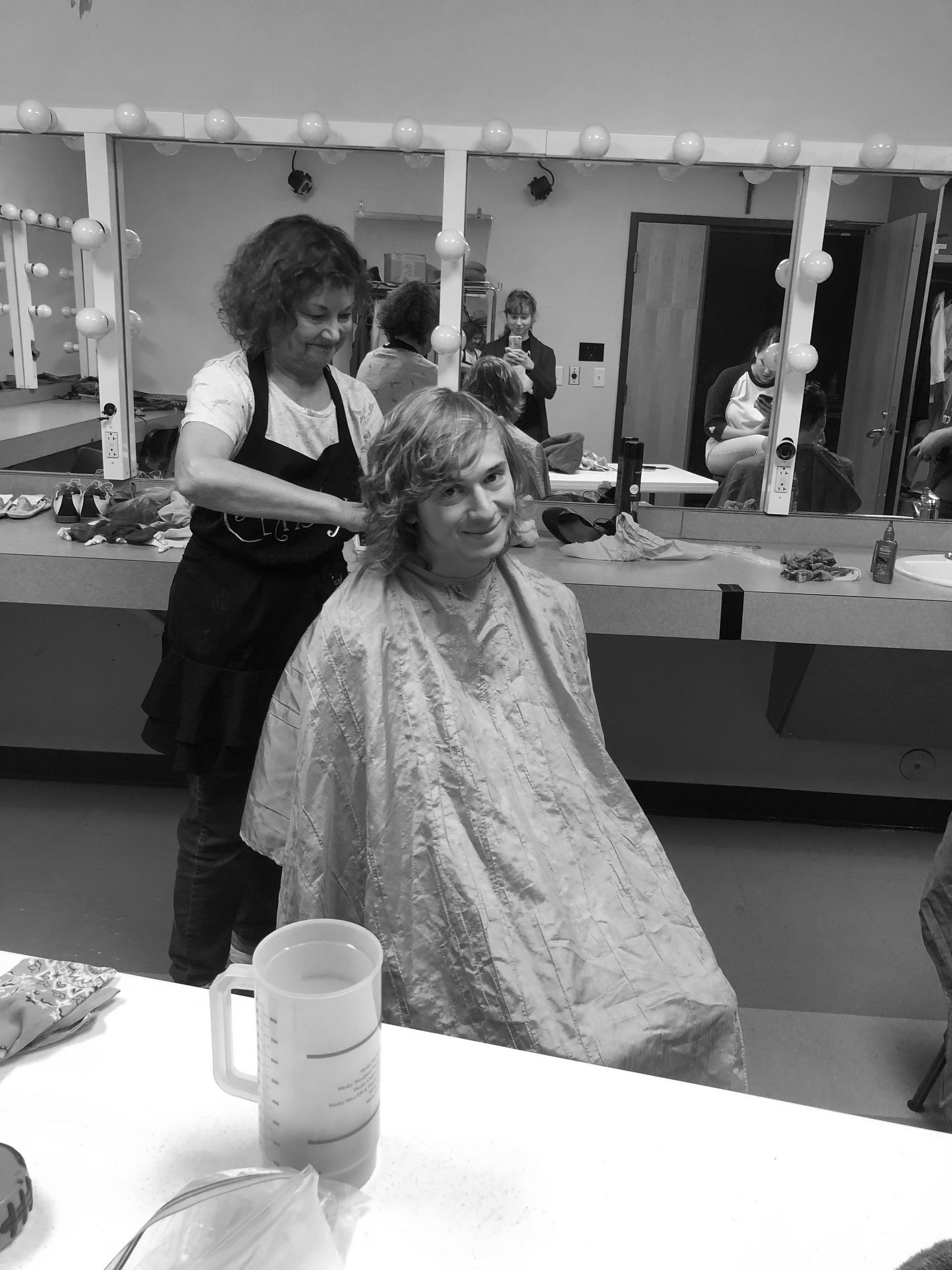 Theatre students agree to cut their hair for play

Director Mark Mannette and Christy Railsback, the costume, make-up, and hair designer, decided who needed to cut or dye their hair for the performance.  The physical appearance of the characters has to match whatever vision Mannette and Railsback have for the play, Farney said.

Farney had to cut his hair when he was in “The Glass Menagerie” two years ago, and had been growing it out ever since.  He had grown his hair out so long that it was a few inches past his shoulders.  Before it was cut, he said he would definitely miss his long hair.

“It’s a little sad just because I have been growing it out for so long and it’s my baby, but I am okay with it because it is for the character,” Farney said.

Clark had been growing his hair out for a year, and it was down to his shoulders.  Just like Farney, he said he misses having long hair.

“I personally think I look better with longer hair, and I really enjoy the aesthetic versatility of having lots of hair, but having it cut and styled for the 20s will better transport me to the setting of the play. Anything for the stage,” Clark said.

Both Farney and Clark said they enjoyed having long hair and plan to grow it out again after the play.

They aren’t the only ones who miss the long hair.  Both of them said that they think people like their long hair.

“There are a lot of people that love the long hair,” Farney said.