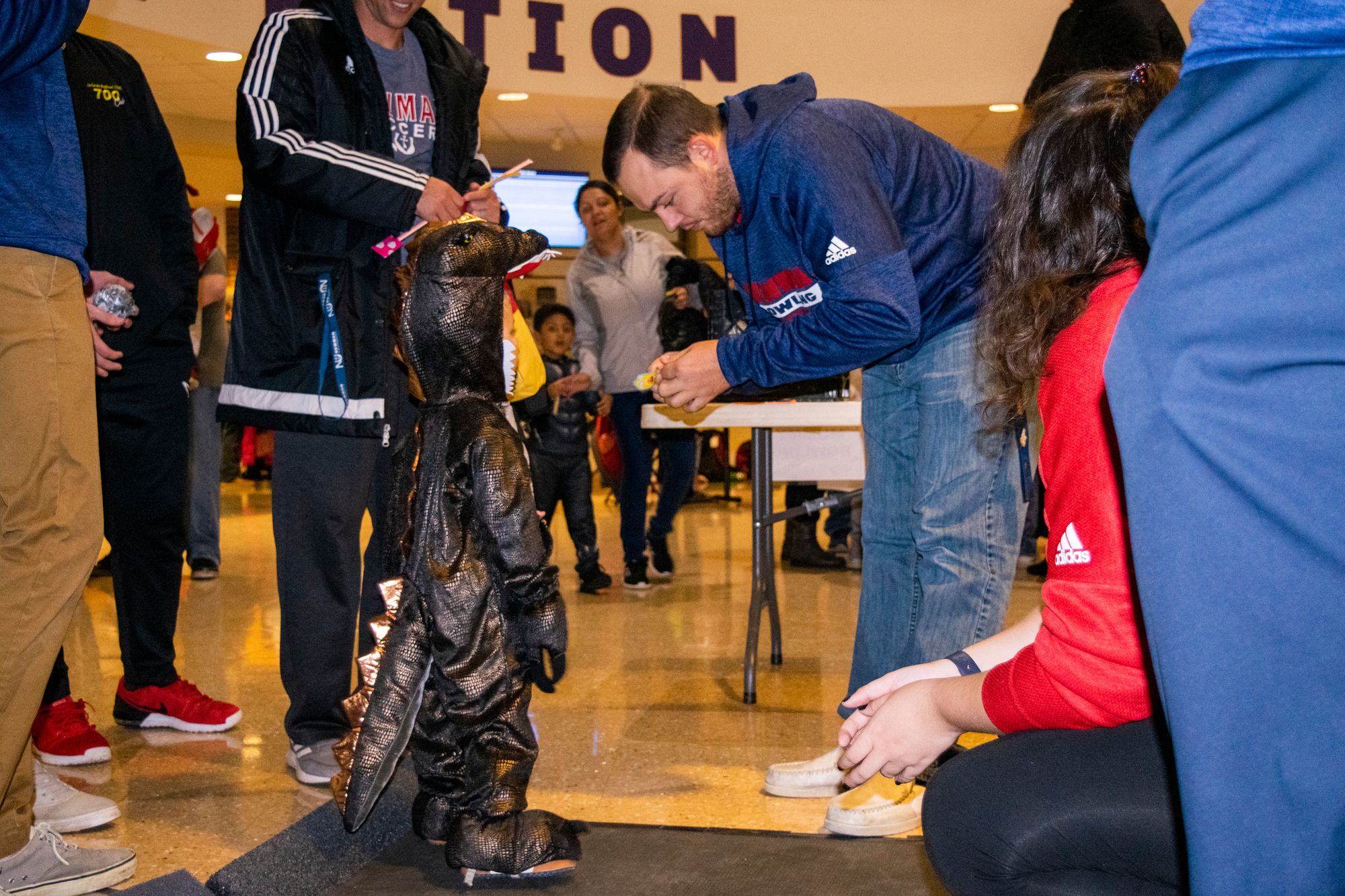 Trunk or Treat moves inside due to chilly temps

Despite the premature winter weather that included a brief snow flurry, the Student Life Office and the Student Athletic Advisory Committee (SAAC) came together and hosted the annual Trunk or Treat and Carnival event on Wednesday night.

The event, which is usually held partly outdoors in the Founders Plaza with cars parked and candy served out of open trunks, was all held indoors this year with clubs setting up stations at tables inside De Mattias Hall.

Maureen Rohleder, associate athletic director, said this change came about because of the expected cold temperatures.

“We decided that the cold weather would keep people from attending, so we brought it all inside this year,” she said.

The Trunk or Treat portion of the event was held in the hallway on the second floor of De Mattias, while the carnival portion was split into three locations: the atrium of De Mattias, down the hall, and inside the Jabara Black Box Theater.

Katie Sullivan, president of SAAC, said that she thought the event turned out well and that people seemed to be excited to come and participate.

Sullivan said that at one point during the event, there was even a line out the door to go upstairs towards the Trunk or Treat tables.

“With the Trunk or Treat being moved inside, we were worried that we would not get as many people, especially with the weather. But Trunk or Treat seems to be really busy and driving people to the carnival,” she said.

Rohleder said that the proceeds from the carnival portion of the event will go towards the Make-a-Wish foundation through Newman’s new athletic conference, the Mid-America Intercollegiate Athletics Association.