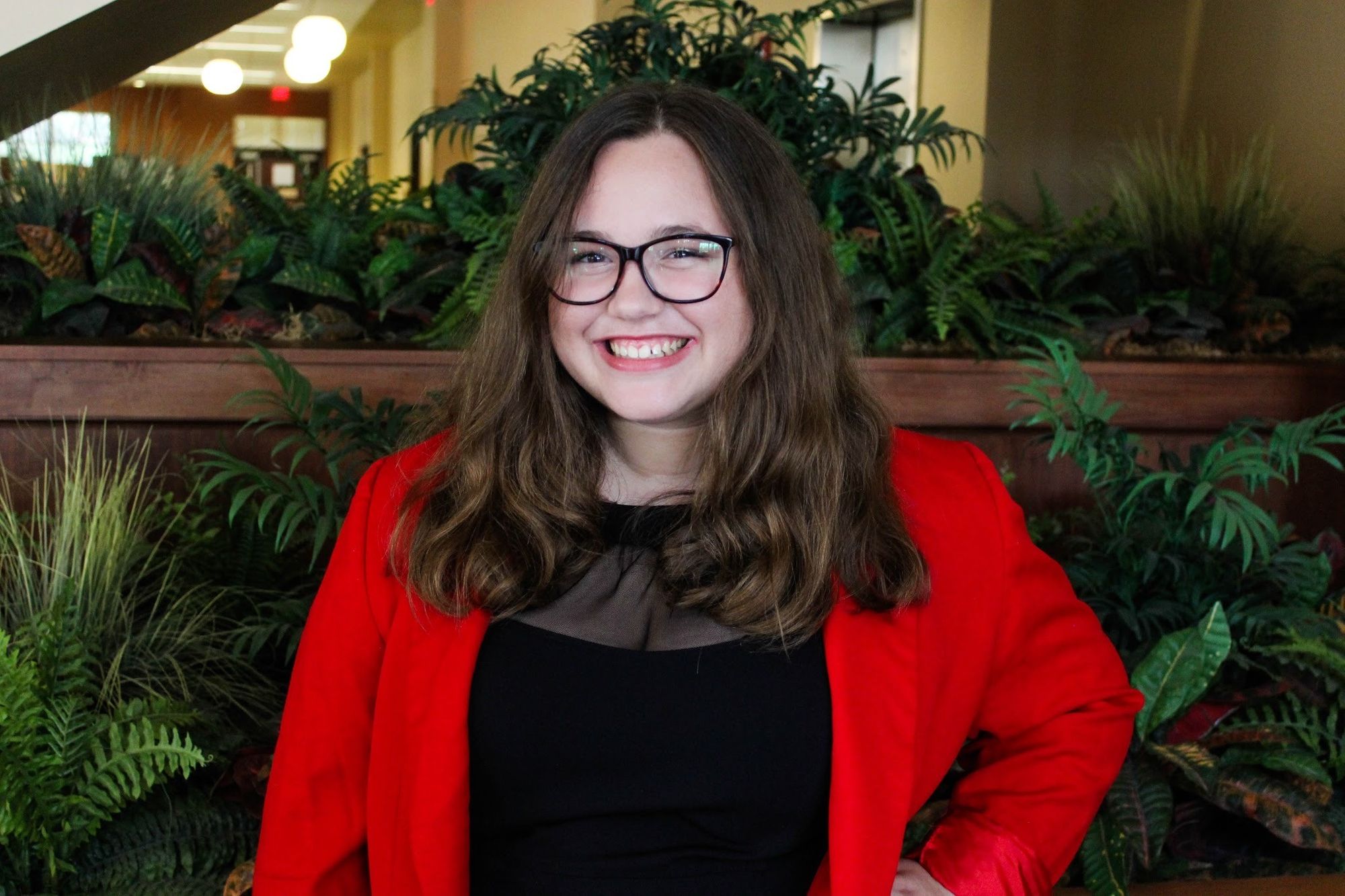 Newman’s Admissions Counselors are the first people that prospective students encounter and see as the face of the university.

The admissions office recently hired three new people to fill those positions, and two of them are about-to-graduate students: Emily Larkin and Martina Viale.

Assistant Director of Admissions Georgia Drewes said that an advantage to having Newman students become admissions counselors is that they can share their experiences as students with people considering Newman.

“It's nice to have a couple of students that were here, so when they're telling students about Newman and their experiences, they have a lot of stories to tell because a lot of what we do in the admissions office is storytelling and getting people to envision themselves as a student here,” she said. “So we're excited they're going to be working with us.”

Larkin and Viale have started working in the admissions office as student coordinators, getting training until they graduate, Drewes said. After that, they will assume their full-time roles.

Larkin said she has worked as a student ambassador for the past three years and started working as a student coordinator the second week of Spring Break. She said she’s happy to be able to stay and work at Newman after she graduates.

“I love Newman so much,” Larkin said. “It's become my second home, so being able to work with first-time students and being able to help them look at Newman and see if that's what's the right fit for them has been really great. It's really inspiring and it really makes me feel like I have a greater purpose in this world, and like I am transforming society like the mission says.”

Viale said that she is excited to work at Newman full-time after graduation.

Viale is an international student from Italy and said she had to apply for an Optional Practical Training (OPT) authorization, which will let her continue to stay in the States and work in an area that applies to her major for 12 months after graduation.

She is hoping to start her full-time position of admissions counselor on June 1, but it depends on when her OPT is approved.

“I just love talking about Newman,” she said. “I used to already talk about it with people in Italy trying to make them come.”

Drewes said that there are a lot of rules international workers are subject to.

“But we really like her so we're willing to go through fire for her,” Drewes said.

Bowen started working in his position as a transfer admissions counselor on March 9 and said that Newman has been really welcoming.

“I really enjoy the recruitment aspect of working with students and really helping them find their fit wherever that may be,” he said. “[During] my undergrad, I had a very extensive background in working in orientation and enrollment programs and so that really gave me a passion for what I want to do.”

As an undergrad, Bowen was a transfer student himself. He said that, after starting out at a community college, he transferred to Friends University. Even there, he said, he still felt something was missing. So he transferred to Kansas State, and it was the perfect place for him, he said.

“So I do have those multiple different experiences when it comes to transferring and finding that place that fits for you," Bowen said.

Bowen is currently studying Higher Education Administration Student Affairs full-time at WSU while working full-time at Newman. He will graduate in December of 2020.