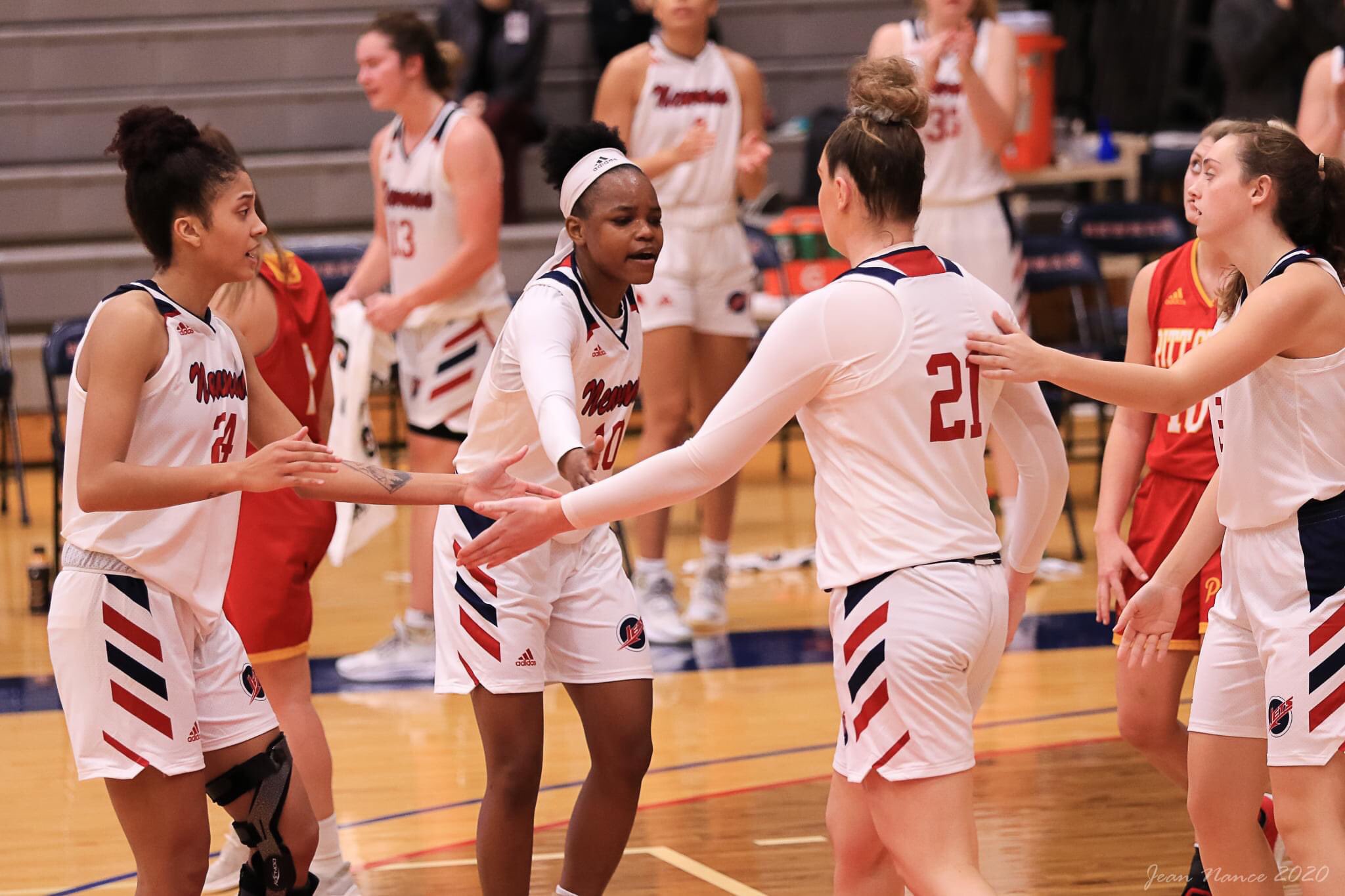 Kansas State University’s women’s basketball team needed a last-minute opponent after Fort Hays had to pull out at the last minute.

The Division I school ended up at Newman, and it almost left with a loss.

The Jets came out holding their own against the Wildcats in the first quarter, which finished 15-14 after a scoring surge by Kansas State in the end of the quarter. The Wildcats spaced themselves from the Jets in the second quarter, ending the half 30-20.

The Jets surged in the second half, outscoring Kansas State 39-33.

The Jets took their first lead since the first quarter on a Haney three-pointer with 4:41 remaining in the game. The lead would then swing back to Kansas State on a three-pointer from Christianna Carr with three minutes left.

A pair of free throws from Haney would make it a one-point game with just over a minute remaining, but a Kansas State three from Rachel Ranke put the game out of reach for the Jets.

Women’s Basketball Head Coach Darin Spence said he is pleased with how the team fared against a bigger opponent.

“This group took on the challenge and never backed down,” Spence said. “I saw some growth in areas and by all of our players.”

Spence said he hopes to see this level of competition from his team continue into conference play.

“That game wasn’t any more important than any other game, and we can’t just compete like that against them and then turn around and not do it in MIAA play,” he said. “This group is capable of doing big things this year. We now get to see how they will approach it from here on out.”

“They could have called anyone else in the MIAA, but they chose to reach out to me, and I am thankful for that,” he said.

Kansas State came to play in Fugate Gymnasium on Newman’s campus because the Kansas State men’s team was hosting a tournament at its home gym. Spence said Kansas State was required to receive a special waiver from the NCAA to compete at a Division II school.

“This is a bigger thing than anyone here on campus realizes,” Spence said. “This was a big thing for the continued growth of our program.”

The 1-1 Jets will travel to Emporia to take on the nationally 11th-ranked Emporia State Hornets tonight at 6 p.m. The game will be available to stream on the MIAA Network or listen to online on the Jets Audio Network.

I’m an international student. Here’s what surprised me about America