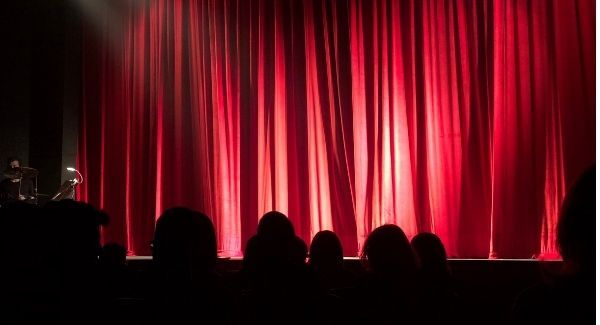 Choir springs into next performance

Members of Chorale and the Troubadours were the first to learn on Friday the theme of the upcoming spring jukebox musical.

Director of the Music Department Deanne Zogleman wrote in an email that there is no title as of yet, but the theme will be based on “television.”

“[It] will include a cartoon medley, classic TV medley, along with music from Disney and ‘Hamilton,’” Zogleman wrote, “along with many others from contemporary Broadway and pop/rock.”

Senior Timothy Albert said that there was “a lot of excitement in the room” when the theme was revealed.

Even though planning a musical during a pandemic might scare the most determined, Zogleman wrote that they are “forging ahead.”

The original dates of April 22-24 will be kept, and the jukebox musical will be organized in the same COVID-aware fashion as the one in the fall. “Come Alive”, which was originally scheduled for the spring semester of 2020, had to be postponed until the fall semester because of the virus. It was then re-organized so as to be safe for the performers and the audience.

“What we did in the fall worked beautifully and successfully,” Zogleman wrote. “We will have a small, masked, socially distanced and in-person audience.”

The performers will also be masked and socially distanced on the stage.

Albert said that practicing during COVID-19 has given him something to look forward to.

“That gives me a bright spot in the day,” Albert said. “It re-energizes me and makes me want to keep going…We can't be as close as we want to be with each other, physically, but we can still connect on that emotional level.”

The students had to overcome several hurdles to be able to continue performing.

“It has obviously been very difficult as there is nothing ‘normal’ about having a choir in the pandemic,” Zogleman wrote. “However, I am so proud of the Chorale members who have learned to sing so well, and project in masks, as well as to work so hard to pull a production off in a pandemic.”

For the seniors in Chorale and Troubadours, this will be their last musical together.

Albert said that even though they always try to do their best work, the seniors will work even harder for their last musical.

“It's the last one, so we want to make it the best,” Albert said. “It's really emotional because it is the last… We won't really get another chance with that family to sing with them again.”

Meet some of the Homecoming King and Queen candidates

This weather's bringing the worst out of Wichita drivers